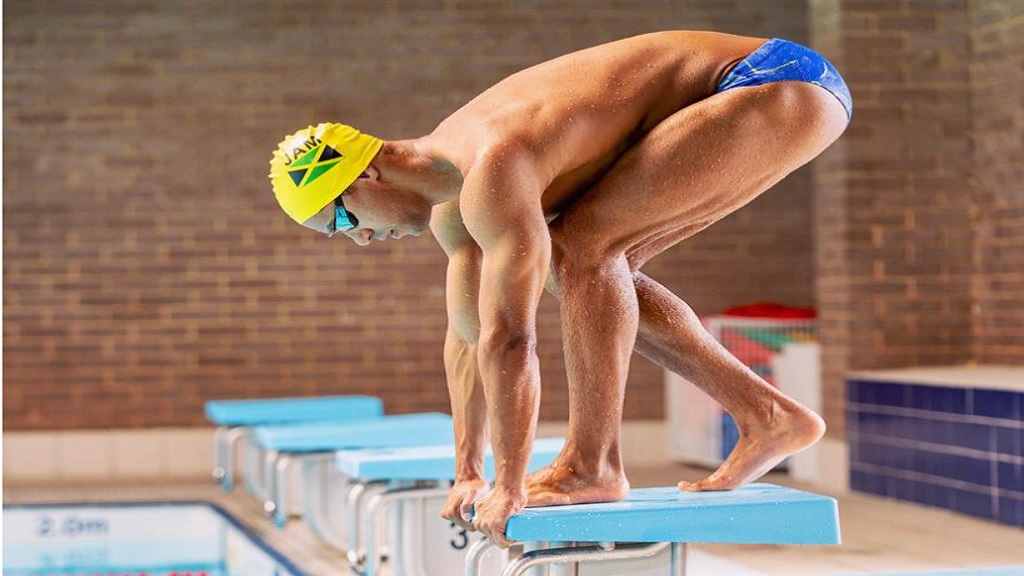 Jamaica’s Michael Gunning opened the 2019-2020 aquatic season at the weekend by setting a new national record in the 200-metre butterfly at the  Manchester International Swim Meet.

The 25-year-old, who competes for Stockport Metro, finished third in the final for the bronze medal in 1:59.98.  In doing so, he became the first Jamaican to clock under the two-minute barrier. He bettered his old national standard of 2:00.07 set in 2017.

Richard Nagy of City of Sheffield won the gold medal in 1:58.67, while Tom Beely of Plymouth Leander finished second for the silver medal in 1:58.84.

Earlier, Gunning clocked  2:05.27, the seventh-fastest time going into the final.

Gunning was happy with his record swim.

He said,  “I am really happy to set that Jamaican record in the 200-metre butterfly tonight. Now that it is the Olympic cycle everyone wants to swim fast. Everyone is going for fast times. To get a bronze medal at the Manchester International I am really pleased with that as I did not expect it.

"My coach Sean Kelly has been pushing me in training. This meet was just to swim through it and see what times I could post when I am in hard training. I am excited for things to come”

Gunning is enjoying his training session in the United Kingdom.

“Training is going very well. I am in the water 10 times a week and each session is about two and a half hours.

"I am covering a lot of metres and averaging 75 to 80,000 metres a week. I also have three gym sessions as well.  Things are looking good for the Olympic cycle so I can qualify for Tokyo."