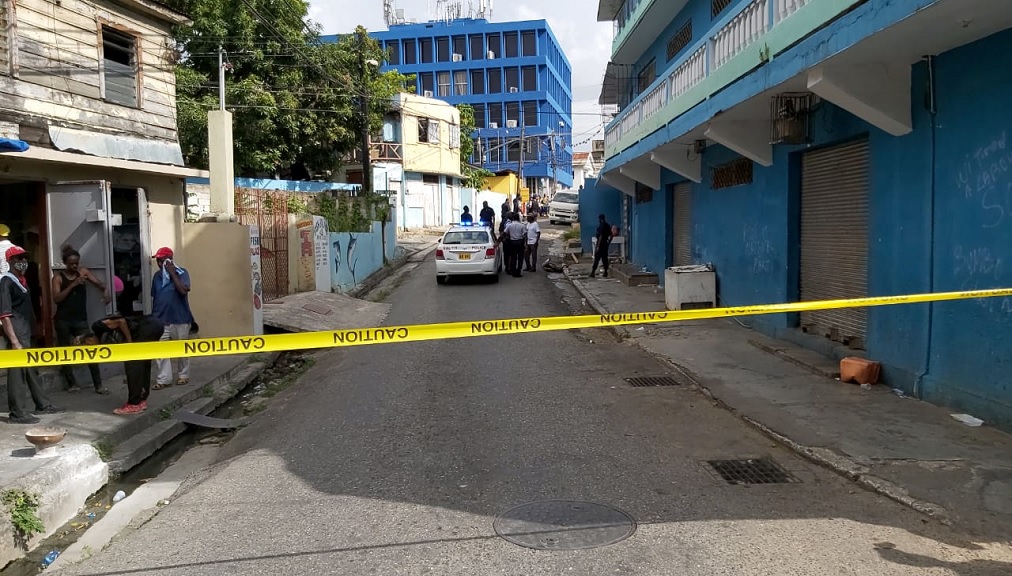 One man was shot and killed and another man, who is wheelchair-bound, shot and injured as gunmen went on the rampage in Montego Bay, St James Friday afternoon.

The dead man has been identified as 37-year-old Shedrock Findley of a Montego Bay, St James address.

The police have withheld the identity of the injured man.

Reports are that at about 3:30 pm, Findlay was walking along the busy Orange Street when gunshots were heard.

Members of the security forces, who were quick on the scene, discovered both men suffering from gunshot wounds.

They were taken to hospital where Findlay was pronounced dead and the other man admitted in a critical condition.

The police are yet to determine the motive behind the shooting.

The parish of St James is currently under a state of emergency.