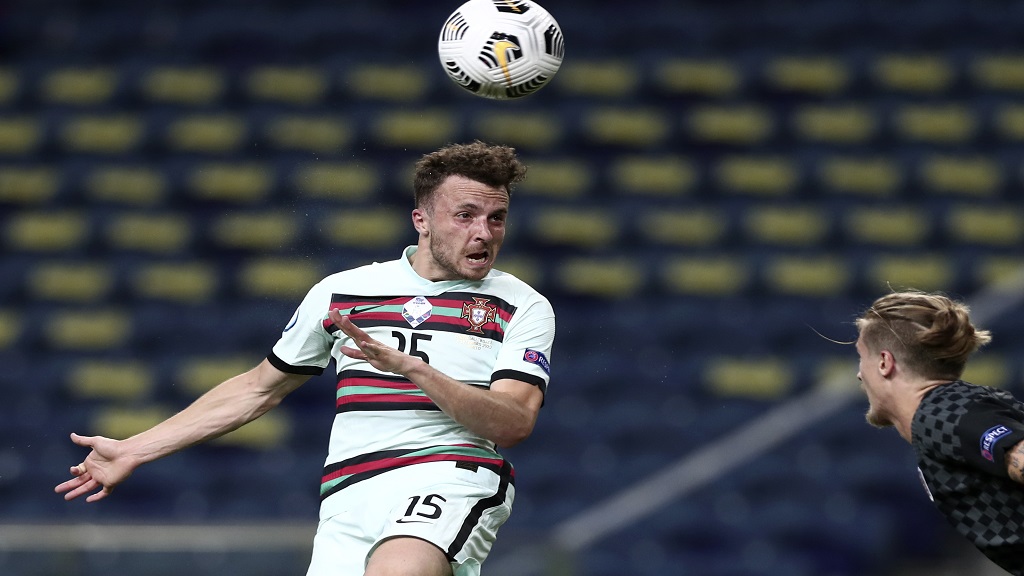 The 23-year-old Jota moved for a reported fee of 41 million pounds ($52 million), a day after Liverpool brought in Thiago Alcantara from Bayern Munich to provide a new dimension to their midfield.

While Thiago’s move was heavily trailed, Jota’s was largely unexpected and only really emerged this week after he was left out of Wolves’ squad for their English League Cup loss to Stoke in midweek.

“All of my path since I was a kid (to) now, to join a club like Liverpool — the world champions — is just unbelievable. I just want to get started," Jota said.

Jota could struggle to break into the first team, given Liverpool’s tried-and-tested front three of Sadio Mane, Roberto Firmino and Mohamed Salah, but will offer strong back-up with matches every three or four days for most of the season. That is because the 2020-21 campaign has been shortened by a month following the pandemic-induced late finish to last term.

“They are world-class players,” Jota said of Liverpool's current front three. “Every match, they try to win. They score a lot of goals and they work together.

“I want to be one more piece to join that three. That’s what I will do. They are obviously more experienced than me, so the first stage is to connect with them, to learn with them."

Jota, who started for Portugal in recent Nations League matches, mostly operates as a left-sided forward so could alternate with Mane, in particular. He scored 26 goals in 85 matches for Wolves in the last two seasons but was never a regular first-choice player, especially toward the end of last season.

“I know Diogo was really happy here,” Wolves manager Nuno Espirito Santo said, “but it’s normal that players like to face new challenges in their careers so joining Liverpool I think is a good move for him.”

“Diogo is amazing and everybody knows the relationship we built during four seasons,” Nuno added. “Three seasons in particular here in Wolves, what Diogo did for us is absolutely fantastic. I think Diogo is going to the right place and we wish him all the best."

Jota’s arrival could accelerate the departure of one, or both, of Liverpool’s back-up strikers Divock Origi and Rhian Brewster. Klopp also has Takumi Minamino as an option in attack.

Liverpool defender Ki-Jana Hoever, an 18-year-old Dutchman, is heading to Wolves in a separate deal.