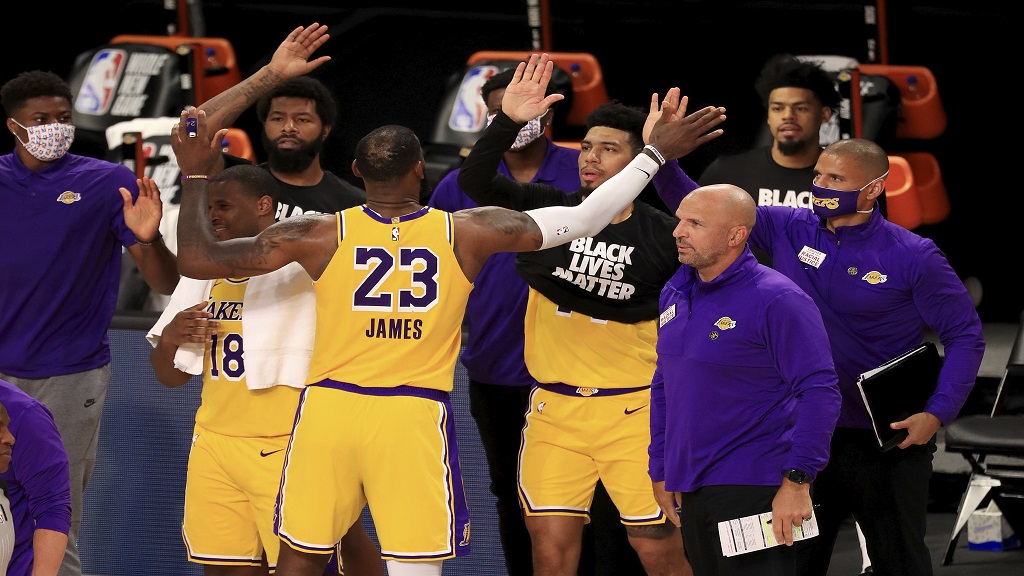 LeBron James scored the go-ahead basket as the Western Conference-leading Los Angeles Lakers returned to NBA action with a 103-101 victory against rivals the Los Angeles Clippers.

James' layup with 12.8 seconds remaining ensured the Lakers topped the Clippers to move a step closer to clinching the number one seed in the west in Orlando, Florida on Thursday.

The Lakers – led by Anthony Davis' 34 points and a 16-point, 11-rebound James double-double – are six-and-a-half games clear of the Clippers in the Western Conference.

Paul George top scored for the Clippers with 30 points, while Kawhi Leonard added 28 of his own.

The Lakers-Clippers showdown was the second game in a doubleheader as the NBA resumed with the Utah Jazz outlasting the New Orleans Pelicans at Walt Disney World Resort.

COVID-19 forced the 2019-20 season to be postponed in March, but the league restarted behind closed doors, with all four teams kneeling in unison during the United States national anthem.

Four-time MVP James and the Lakers dusted off some early rust to earn bragging rights against Leonard and the Clippers.

The Lakers raced out of the blocks to lead 35-23 at the end of the opening quarter, but the Clippers moved ahead by 11 points midway through the third period.

In the final quarter, George nailed a three-pointer with less than two minutes remaining to reduce the Lakers' lead to 99-98 before hitting another shot from beyond the arc to level the game at 101-apiece 29 seconds from the end.

Three-time champion James, however, came up big with the late layup and a strong defensive effort on George, who missed a buzzer-beating three.