Learning his way around a kitchen, finally 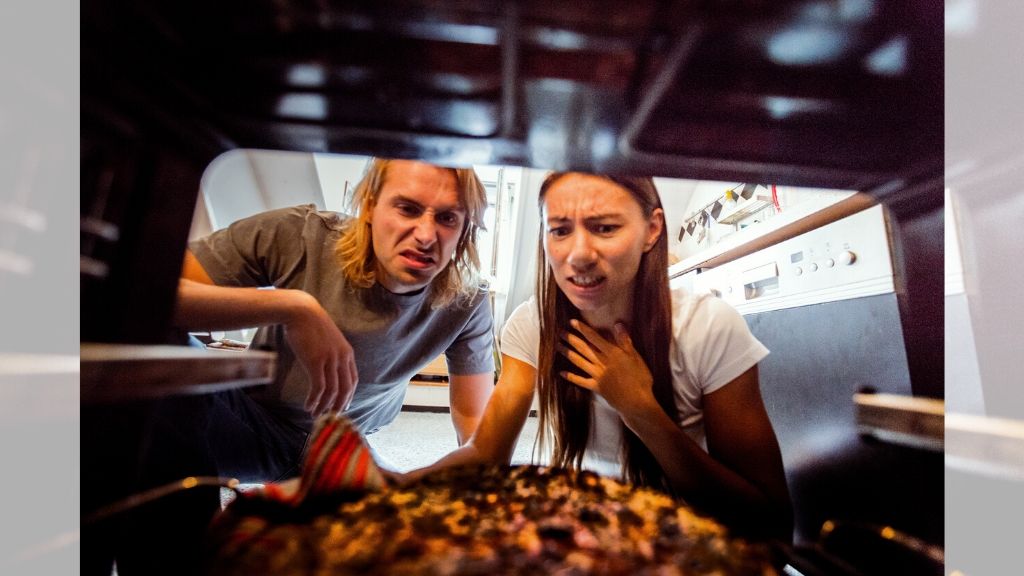 This is something all non-chefs and beginner cooks can relate to. (AP Photo)

This is not the plan I cooked up.

Only a few seconds after the hamburger patties started to sizzle on my new iron skillet, the smoke detector began to chirp.

I ascended the stepladder to mute the alarm, only to turn around and see burger smoke filling my apartment.

My first foray into using the skillet instead of a microwave hadn’t gone so well. 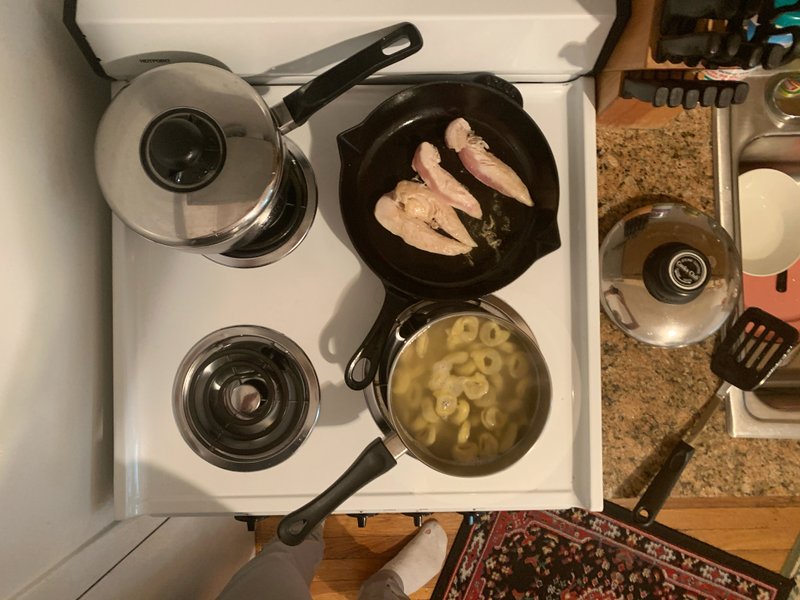 Working the late shift on the sports desk for most of my 25 years at The Associated Press in New York City; I never really had to learn how to cook for myself.

We would have nightly food delivery runs in the office – pizza, Mexican and salads, among others.

On those rare evenings when I was off, I’d bring something home to eat after spending the afternoon coaching basketball and track at my high school alma mater.

When our office shut in early March because of the pandemic, I was determined to teach myself to cook.

Sure, I had boiled water before to make pasta and could microwave meals with the best of them.

I’m almost ashamed to admit that in my adult life, living in my studio apartment on the Upper East Side, I hadn’t accumulated more than two pots to cook with.

My entire kitchen ensemble: the pots, a microwave and an electric oven.

Determined not to let that set me back, I tried to get creative. I started by microwaving burgers and frozen vegetables, making some stuffing and Tater Tots, too.

Yes, there was a day that I opened my freezer, noticed a package of corn niblets in the back and saw the “best by” date was from 2018.

I pondered the situation for a moment. What could be wrong with two-year-old frozen niblets?

After putting in a quick call to a colleague in Tennessee to make sure I wouldn’t get food poisoning, I decided to give them a shot.

Edible, yes. But let me tell you, the “best by” date is there for a reason.

As the calendar turned to April, I decided to step up my culinary game. The friend who gave me the skillet as a birthday present is a pretty good chef.

He offered a few easy recipes to try. I don’t have the most advanced taste buds, so tacos and chicken tenders were tops on my list.

My meals have also provided food for thought — kind of — for many of my pals. I’ve been sending them pictures of my “masterpieces”.

They delight in my cooking fails. I’m always glad to make others happy in these times.

The first time I tried to cook chicken breast on the skillet, which also could have turned into a classic photo.

But rather than a half-baked shot, I was able to text pictures to a friend of my poultry in progress. She told me when it was finally done.

Whenever life gets back to a somewhat normal time I know that I’ve taught myself — with some help from patient friends — a new skill.

Wound up with a new skillet, too, and a grill. Still haven’t tested that one out yet.

It may be a while before I can try out for Top Chef. But at least I know I don’t have a spot waiting for me on Worst Cook in America, either. 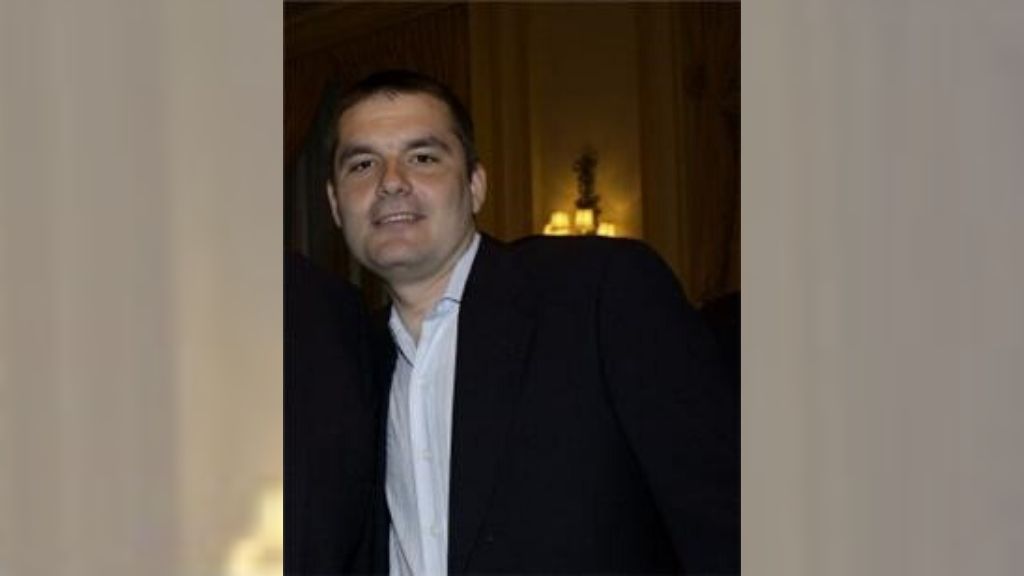 Virus Diary, an occasional feature, showcases the coronavirus saga through the eyes of Associated Press journalists around the world. Follow Doug Feinberg, AP’s women’s basketball writer, on Twitter at http://www.twitter.com/dougfeinberg