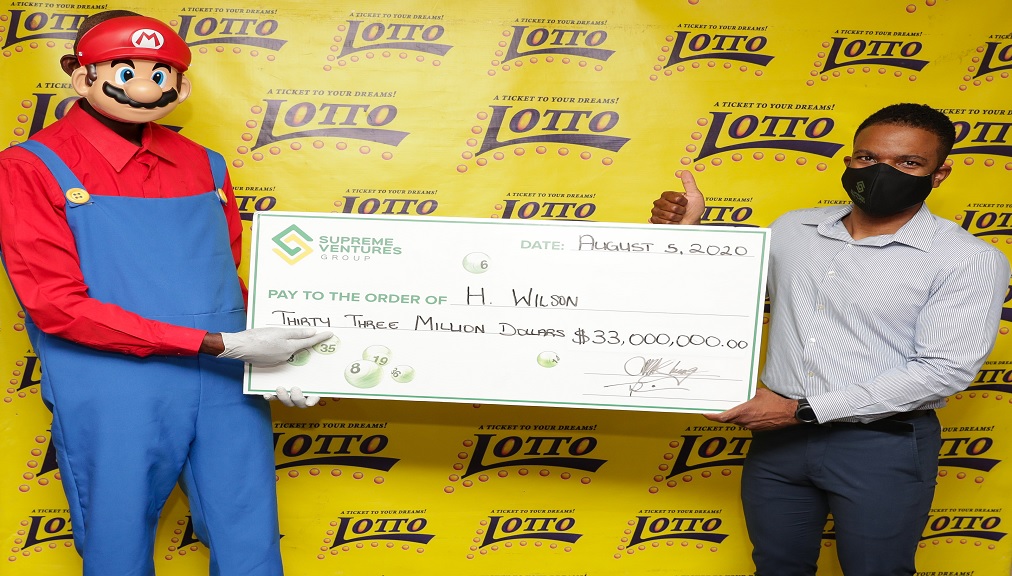 The Jamaican man, who won the latest Supreme Ventures’ Lotto jackpot, has revealed his secret as how he was able to secure his ultimate payday of a whopping $33 million.

The man, identified as H. Wilson was able to secure the July 22 draw #1699 and since then his life has not been the same.

Wilson has since disclosed that his secret to securing the bag had to do with him repurchasing the same number, for every draw, for a total of ten years.

“I always play those same numbers and print them back for every draw, the exact same numbers. And when I saw the numbers, I couldn’t believe I had the exact numbers in the same order as the draw,” Wilson said who won with the numbers 04, 07, 11, 12 and 23…said.

Wilson purchased his winning ticket at Maxim Four Star Enterprise in Spanish Town on the evening of the draw around 7pm. While he avidly purchases his Lotto tickets, he was not quick to check his ticket and waited three days before even looking at the draw results.

“I didn’t know right away, and I was busy so I didn’t check it until the following Saturday at the terminal,” he said.

Wilson, who is a painter by trade, says he still practices his profession even since coming into his $33 million windfall, “I still have jobs all over the place that were postponed due to COVID. I plan to continue working but I want to take it to the next level and get a pickup and more tools.”

He says while his life before the win was comfortable, he always knew that he would win the Lotto one day.

“I said to myself that I want to win this thing. I’d watch the draw and think how easy it would be to win. I still buy my Lotto tickets since the win with the same numbers, just in case I win again. Those are my numbers, I’m going to die with them,” he chuckled.

Wilson, who collected his winnings dressed as the iconic Mario from the Mario Brothers video game franchise, says he is still in shock and can’t explain how happy he is with his new millionaire status, “this is a first in a lifetime experience. I can’t believe this really happened for real, it still feels unreal.”