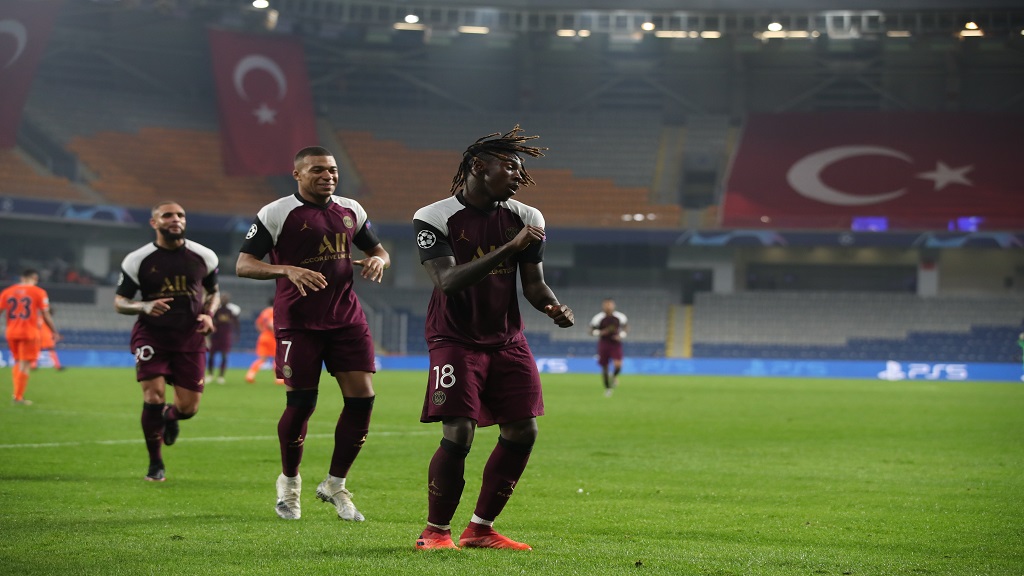 Neymar limped off with an apparent left hamstring injury after 26 minutes and was replaced by winger Pablo Sarabia.

Having netted twice against Dijon in the French league last weekend, Kean grabbed his goals in the 64th and 79th minutes as PSG weathered some strong attacks to get back on track after losing their opening game at home to Manchester United.

The former Juventus forward, on loan from Premier League club Everton, neatly headed in Kylian Mbappe's corner from the left for his first goal. He then controlled Sarabia's pass with his right foot before turning to shoot home with his left.

Right winger Edin Visca went close in the 15th minute and Navas kept out right back Rafael's shot in the 26th, while Angel Di Maria and Mbappe shot wide in an even first half.

PSG were close to conceding again but Navas saved well from Visca in the 57th and he made another stop shortly after Kean's first goal.

“Towards the end of the first half we suffered. But we played a good game and held out until the end," Kean said. "We played away, which isn’t easy. We held firm and got the win.”

There were only a small number of fans present in Istanbul because of coronavirus restrictions.