Kayaker reunites author with message in a bottle from 1985 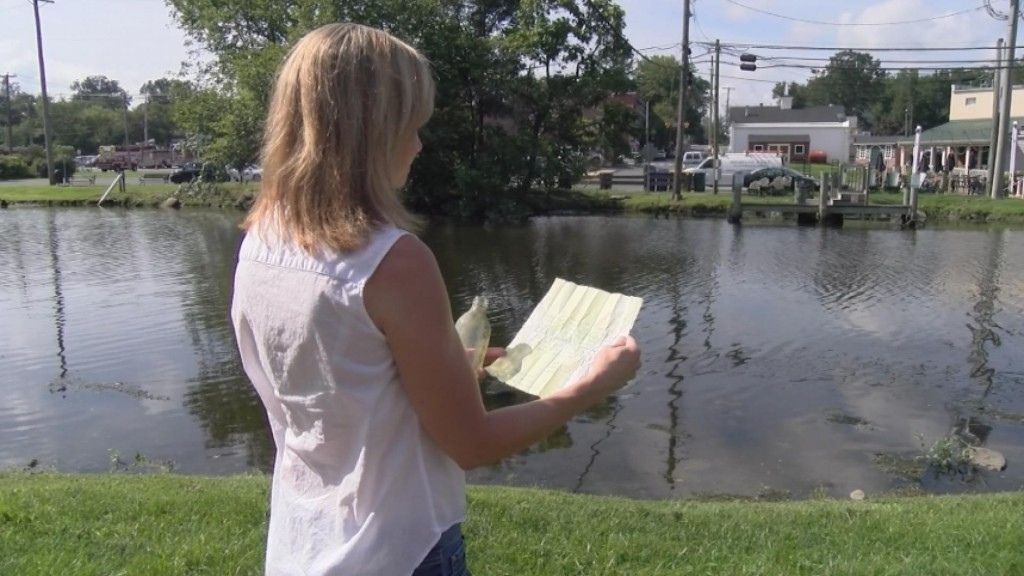 Cathi Riddle, who co-wrote the message in a bottle, re-reads it for the first time since her and cousin Stacey Wells tossed it in the Prime Hook Beach on August 1, 1985.

A kayaker who discovered a message in a bottle floating in a Delaware river was able to reunite the letter with the woman who wrote it 35 years ago.

Brad Wachsmuth thought the bottle was a piece of trash when he spotted it on earlier this month bobbing in the water about two miles (three kilometres) offshore of the Broadkill River.

‘As we usually do as kayakers, we try to pick up trash out of the water when we can,’ he told the station this week.

But Wachsmuth’s friend noticed there was something inside, and the two fished out the letter written by Cathi Riddle and her cousin, Stacey Wells, dated 35 years ago — August 1, 1985.

The girls threw the bottle into the water at Prime Hook Beach, a fifteen-minute drive away from Riddle’s current address.

It described their family pets and asked potential future readers if they had any of their own, among other childhood musings.

‘Please write back when you receive this and tell us about yourself,’ the letter states.

‘We like animals a lot,’ another section of the letter read. ‘Do you have any pets? We have a dog’.

Wachsmuth brought the letter to the Milton Historical Society and a curator reached out to the family and put the two in touch, the news outlet said.

Riddle still lived just miles away in Milton, and Wachsmuth was able to return the letter to her on Thursday.

He said he was surprised it ended up in the same waters after decades of storms and tides, but Riddle suggested that maybe, it was fate.

‘My cousin and I were staying at the beach and we decided to write the letter and send it out and see how far it went,’ Riddle told the station.

‘It didn’t travel very far, but perhaps it travelled the world and came back.’

WATCH: Holness goes to churches out west with messages of hope, advice