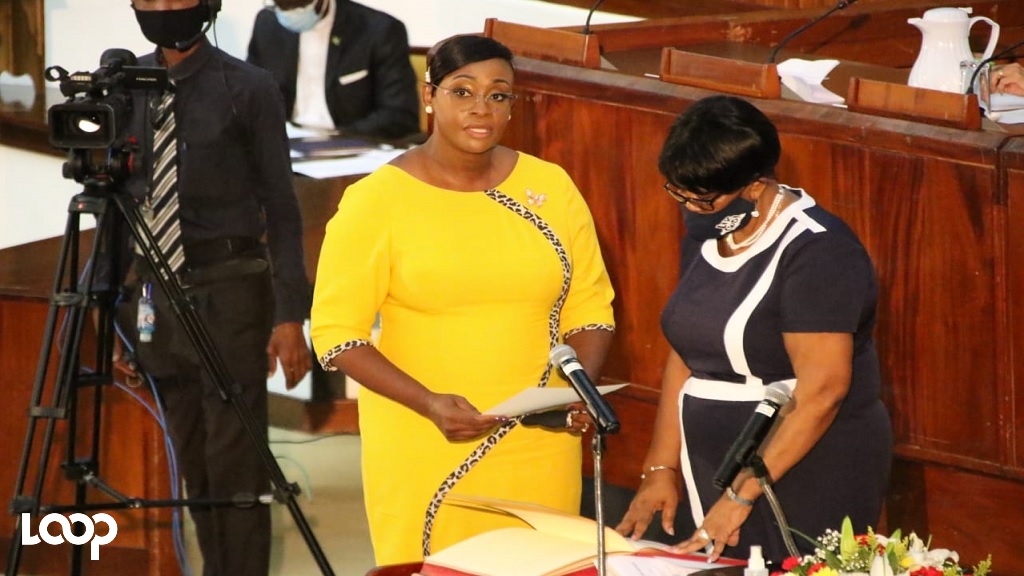 Juliet Holness being sworn in as Member of Parliament on Tuesday.

Juliet Holness, the wife of Prime Minister Andrew Holness, has been given her first major assignment in her husband’s Jamaica Labour Party (JLP) Administration – she will serve as Deputy Speaker of the House of Representatives.

The newly sworn-in second term Member of Parliament for East Rural St Andrew will deputise for Marisa Dalrymple-Philibert who was named Speaker for her second stint.

Dalrymple-Philibert, who won a fourth consecutive term for the South Trelawny constituency, previously served as Speaker from July 2011 to December 2011.

Holness’ appointment means that, for the first time in Jamaica’s parliamentary history, two women will serve as Speaker and Deputy Speaker at the same time.

Related article :Record 38% of senators sworn in are women

One other woman, Violet Nielsen served as Speaker from 1997 to 2003 in the People’s National Party government of PJ Patterson.

Nielsen was a three-term Member of Parliament for East Central St James.

All Members of Parliament, except for those involved in magisterial recounts following the September 3 General Election, were sworn in Tuesday at the Jamaica Conference Centre.

A record 18 women are among the 63 Members of Parliament who will take their place in Gordon House.