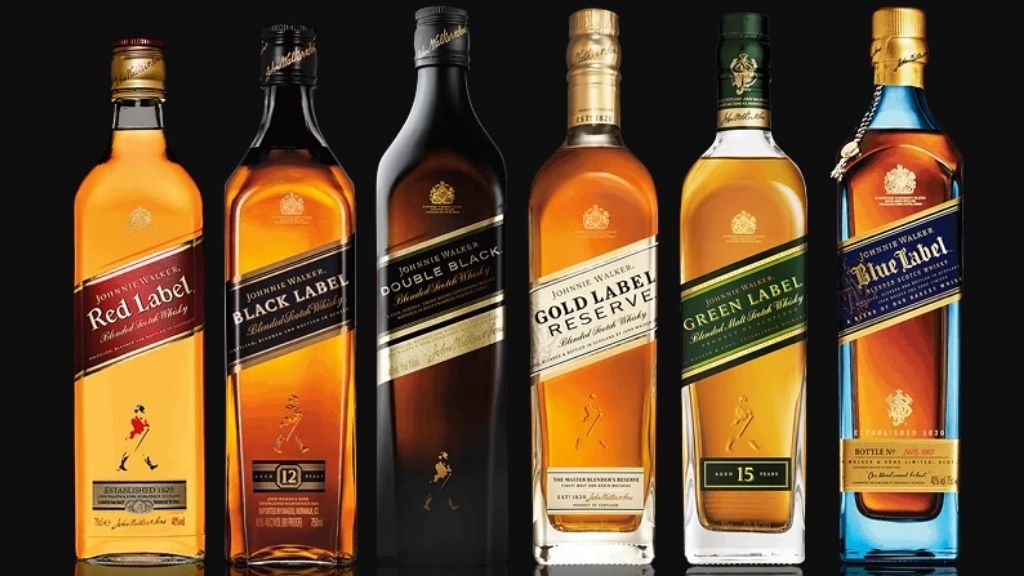 There are multiple types of whisk(e)y, each with a distinct flavor and production method. You may have heard of the more popular types such as Blended Scotch Whisky, Single Malt Scotch Whisky, Bourbon, Rye, and Tennessee Whiskey and wondered what really makes them so different. In this edition of the Johnnie the Journey series we’ll take a closer look at the distinctiveness of each type.

The main differences between each type of whisky can be found by looking at four factors - the grain used; the production process; where the whisky was made; and how long it was matured for. Let’s explore each factor.

A Blended Scotch Whisky is made by mixing together Single Malt Scotch Whiskies and Single Grain Whiskies. The blending process ensures that the taste remains consistent from bottle to bottle. If the age is stated on a bottle of blended whisky, the age refers to the youngest whisky used in the blend. Johnnie Walker is an example of Blended Scotch Whisky.

Bourbon is an American whiskey made from malted grains that are at minimum 51% corn. The rules around what constitutes a bourbon are more relaxed than those for Scotch, but it must be made entirely within the United States to qualify. There are different types of Bourbon as well. There is Straight Bourbon which is made in one American state, for example Kentucky, and has been aged for at least two years and does not contain any additives such as flavouring; and there is also Blended Bourbon which can include other spirits but must be at least 51% Straight Bourbon.

Tennessee Whiskey is whiskey made in Tennessee in a process that is very similar to the making of Bourbon. The major difference is that charcoal filtering is included in the post-distillation process which gives the mixture a distinctive and consistent taste.

Lastly, Rye is whiskey that is primarily made in North America from the rye grain. For the whiskey made in America, the mixture must contain at least 51% rye, however Rye whiskey made in Canada can contain less than 50% rye.