JN Foundation donates to Missionaries of the Poor 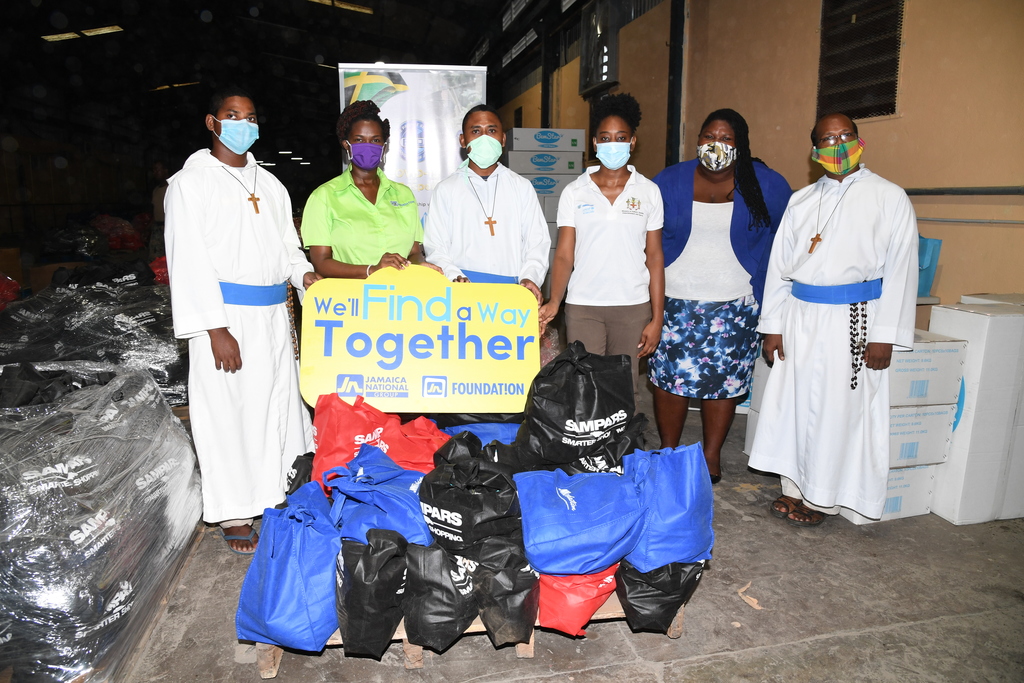 The Missionaries of the Poor are the recipients of 500 care packages, which include basic food items, toiletries, canned food and household cleaning products to assist the organisation’s beneficiaries to cope with the effects of COVID-19.

The JN Foundation made the presentation to representatives of the Missionaries of the Poor, at a dedicated warehouse space on Marcus Garvey Drive in Kingston, on Tuesday, June 9. Elijah Kujur Mop, who received the packages on behalf of the organisation, lauded the generosity of the JN Foundation.

The organisation operates six homes with some 500 persons comprised of elderly; mentally challenged, the disabled and children. The homes are located on Hanover Street; Laws Street, High Holborn Street and Heroes Circle in Downtown, Kingston and Golden Spring in St Andrew.

Onyka Barrett Scott, general manager of the JN Foundation, said the donation was in response to the needs of the organisation, which plays a critical role in community outreach programmes across the country.

“We are happy to be in a position to partner with The Missionaries of the Poor in a meaningful way. We recognise that no one has been spared from the fallout from COVID-19; and organisations, such as Missionaries of the Poor, are well placed to help us respond to the needs of the most marginalized in the society,” Barrett-Scott said.

“Therefore, we chose to give tangible items, such as food packages and cleaning agents, which will assist the organisation to care for the residents of the various homes,” she added.

Brother Kujur Mop pointed out that, the Missionaries have been fortunate, in that, none of the persons located in their homes has been infected by the coronavirus. However, he noted that some outreach programmes are curtailed given the nature of the virus.

He noted that the supplies of the organisation were negatively affected as a result of COVID-19, because it depends heavily on ‘in kind’ donations, which were reduced in the last few months.

The organisation started its work in a government-run house for the homeless, destitute, and aged, where it succeeded in opening the consciousness of the public to the needs and struggles of the poor. They continued their work with prisoners; and helped to bring to light the need for rehabilitation among prisoners, not mere isolation.

The community thus began with two successful projects in its early years. Since its founding, the Missionaries of the Poor have received both Papal and Episcopal approval for their work and constitutions. Today, the Order has more than 550 brothers, who serve in nine missions around the world.

The JN Foundation’s contribution was also in support of the Private Sector Organisation of Jamaica (PSOJ) COVID-19 Jamaica Response Fund, which is aimed at meeting the needs of citizens and mitigating the threats associated with the pandemic by distributing aid to areas that need it the most.