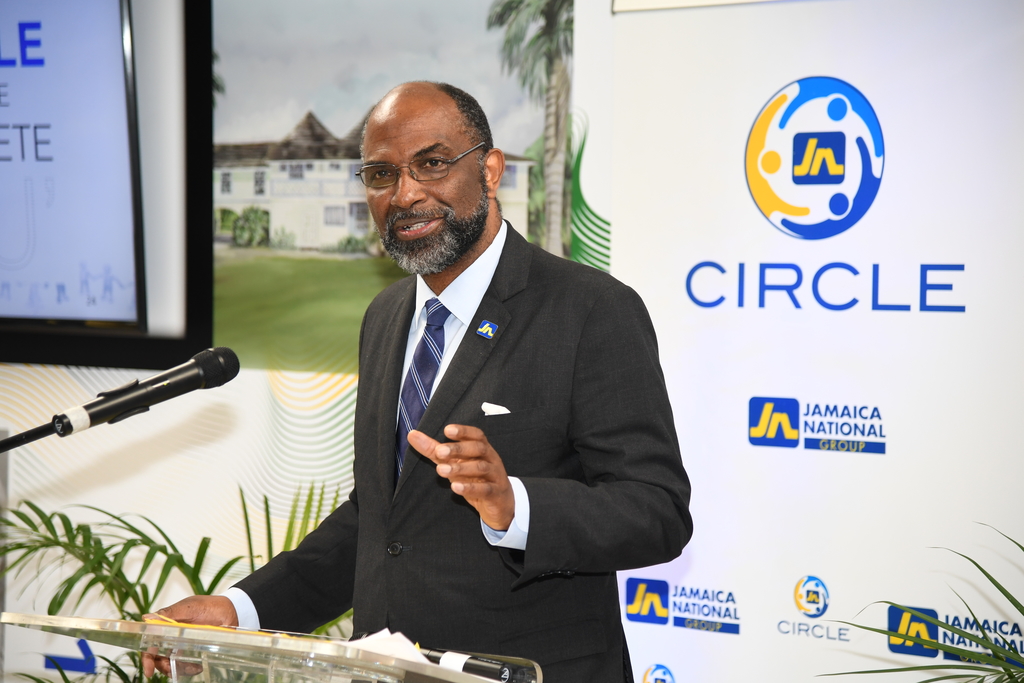 The bank is also looking to as pursue correspondent banking services for Caribbean banks in the future. It is the first Caribbean-owned bank to be established in the UK.

Quoting the UK Financial Inclusion Report of 2017, Jarrett said there were some 1.23 million people in Britain who are underserved or not served by banks.

“Financial inclusion is not just a Caribbean problem. In the UK, there is a working paper on how they are going to improve on financial inclusion. It is estimated that four to five per cent of the working population does not have access to banking services and those are primarily persons who have small businesses; persons who don’t feel welcomed in the mainstream banking environment,” Jarrett pointed out.

“It is our hope that through the JN Bank, we will be able to provide banking services to those individuals, whatever their racial background or wherever they are from, so they too can achieve their personal objectives,” he said.

Jarrett was speaking at a virtual event to officially launch JN Bank in the UK on October 8. The launch follows the granting of a full banking licence by UK regulators to JN Bank last year.

The JN Group CEO informed that the bank will be digital with a physical branch in Brixton, South London that can be used for community activities after banking hours.

“Digitalization is a true enabler of inclusion. It enables everybody to participate. It is not directly subjective. In fact, it does not look at you and make a decision on how you physically look but based on your data and track record,” he added.

He disclosed that the bank will initially offer retail savings and personal loan products, targeting the Caribbean community, as well as the wider UK market.

The JN Group CEO added that the bank intends to also provide services to Caribbean banks, several of which have had their correspondent banking relationships in the UK severed.

Recounting JN’s own experience with de-risking by UK banks in 2015, Mr Jarrett said the long term objective is to provide solutions for financial entities from the region.

“We, in the Caribbean space, are all fairly small nation states which must be deeply connected to the global financial networks,” he said, noting that Caribbean Diasporas across the world need financial services to maintain connections to their homeland.

“The global financial networks provide the ‘financial’ oxygen that is required. The current absence of correspondent banking takes away the ‘financial’ oxygen from the region, and the region, therefore, cannot breathe,” he underscored. “To quote the former US Supreme Court Justice Ruth Bader Ginsbur, ‘We ask no special favour’, all we ask for of our brethren is that they take their feet off our necks so that we can breathe and prosper.”

Congratulating the JN Group, Prime Minister of Jamaica Andrew Holness, in a message, acknowledged the challenges for banks from the Caribbean and applauded JN for taking a “bold” step to establish a bank in the UK.

“In recent years, Jamaica and the Caribbean have faced a formidable challenge with the financial de-risking of financial institutions in the Region. Several banks have lost their correspondent banking relationships, resulting in many UK residents of Jamaican heritage being unable to access banking services,” he said. “In response, Jamaica National took the bold decision to apply for a commercial banking licence in the UK.”

“I’m proud of The Jamaica National Group for embarking on this initiative to address a pressing need of our Diaspora and people in the UK. As the first Caribbean-owned bank in the UK, JN Bank will not only provide financial services to strengthen the achievements of our people, but will work closely with communities to build them and create greater opportunities for people of Caribbean heritage to prosper and realize their best potential,” Holness said.

Also acknowledging the de-risking challenges that led to JN’s application for a banking licence, Britain’s High Commissioner to Jamaica and the Bahamas, Asif Ahmad, also congratulated JN on its achievement and wished the organisation success.

“The challenge now is to do more, and we will be with you Jamaica National as you go forward,” he said. “It’s not just about linking the Diaspora of people from Jamaica in and around the world who want to bring their resources here, but it’s also an opportunity for banks in the Caribbean to use the correspondent banking services, which Jamaica National will be able to offer. That basically means Jamaica National could be the banker to the banks,” he underscored.

He urged banks in the Caribbean to support the initiative to ensure that the region’s connection to the global financial system is sustained through, what he underscored, is the world’s leading financial centre.
JN Bank in the UK is wholly owned by the JN Group, a mutual organisation based in Jamaica.