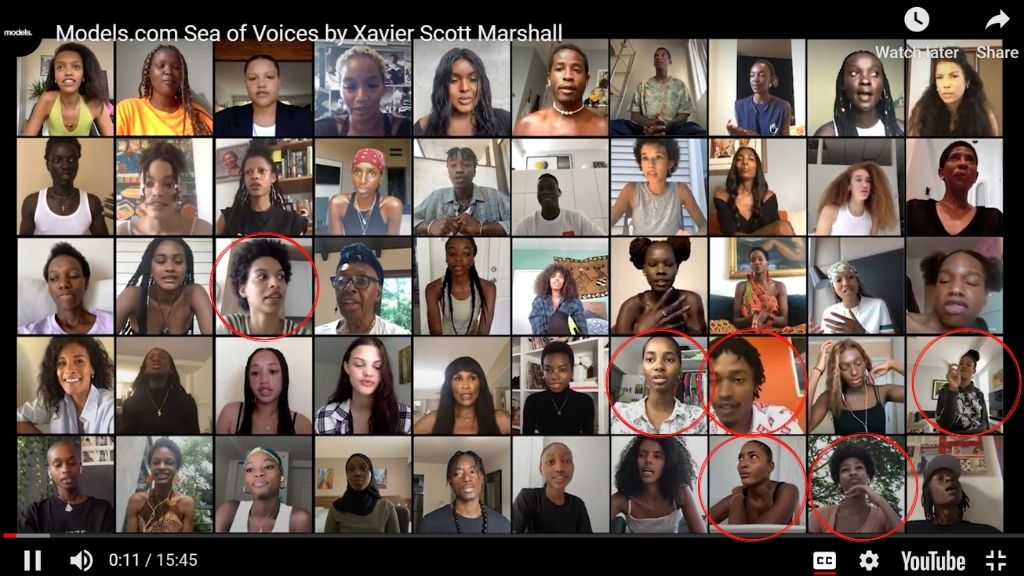 Six of the 50 models given the platform to speak on the ills of the modeling industry, were from the Caribbean, three of which are Jamaicans. (Photo: via models.com)

‘What does it mean to be black in fashion?’ was the question posed to 50 black models in a recent models.com virtual editorial Sea Of Voices.

Well, 50 black models – of all shades, creeds, and nationalities – answered that question in the virtual sit down, each sharing their take on working in the fashion industry.

The question – not novel, as several forward thinkers in fashion have sought answers to the very query – elicited varying responses linked to verbal or physical abuse and discrimination in the industry.

Marshall and Ojo-Felix sought to shed light on the not-so-glamourous side of the fashion industry that many don’t get to see.

The feature, entitled Sea Of Voices: 50 Models Come Together To Break Ceilings, is available on models.com and via YouTube.

An excerpt from the supporting article reads: ‘Racism is not solely an American problem and a global industry must answer to the overarching sins that imperialism and colonialism have manifested’.

To affirm this, Models.com went directly to the source – black models themselves – three of which are Jamaican.

The first black model on the cover of American Vogue, Beverly Johnson, legendary model agent and former model Bethann Hardison, and top model of the ’80s, ’90s Beverly Peele and Veronica Webb, joined the participants on the virtual chat.

Jamaican in the midst: Tami Williams in #FLLforVS