Jamaican model is one of 100 for Vogue Italia's 100 covers

Jamaican model Kyla Ramsey is on the 29th cover of Vogue Italia's 100 covers. (Photos: via MuseModelsNYC)

Fashion insiders watched in awe as the historic 100 covers for the September Issue of Vogue Italia were shared across the mag’s social networks.

100 people ‘with interesting stories’ were photographed in a studio in New York by photographer Mark Borthwick.

The cover stars, described as ‘talented people in the most diverse fields, icons of the past, people who have nothing to do with fashion, of all ages’ were cast.

Among them, touting her own cover, was Jamaican model Kyla Ramsey.

This is one of the most-talked-about editorials in Vogue Italia’s storied history, so naturally, Ramsey, who’s signed to Muse Management, New York, is elated.

‘Blessed and honoured to share my first @vogueitalia cover, and even more blessed to be able to shoot this during a pandemic.’

Ramsey also thanked her agents and the team behind the scenes that brought the concept to life. 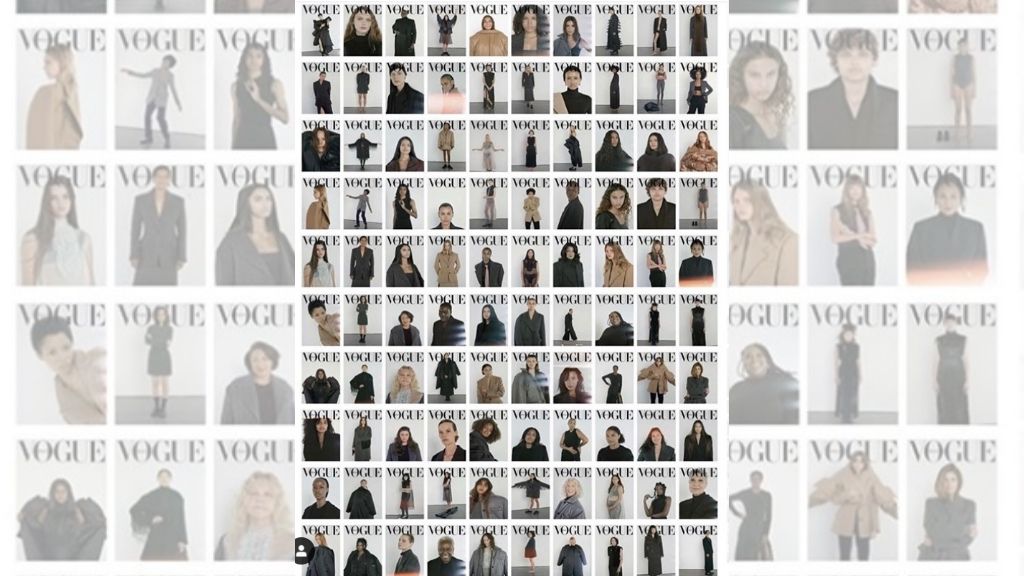 In a statement from the magazine, creative director/conceptualiser of the ‘100 covers, 100 people, 100 stories’ production Ferdinando Verderi, revealed that the passion project – though undertaken during a pandemic – was a labour of love.

And, the feature was not just about breaking records or breaking the internet, Verderi’s mandate was simply to ‘document our times’.

‘We asked each of them to tell us the story of their life in a minute. A project that aims to become a document of our times.’

‘It is the portrait of a community that, having waited diligently, now finds itself making a fresh start,’ he said in a statement from the magazine.’

‘A challenge to the canons of quantity with which fashion has always measured itself. A celebration of diversity and uniqueness, a desire for rebirth that, once printed, becomes a collective experience.’

Ramsey, a 5ft 9.5” brown-eyed gazelle is a Jamaican model who has quite a hefty clientele that spans Louis Vuitton, Alexandre Vauthier, Moschino, Prada, and Tom Ford, to name a few.

Since her debut in 2018, Ramsey has consecutively worked on building her now 11-page body of work.