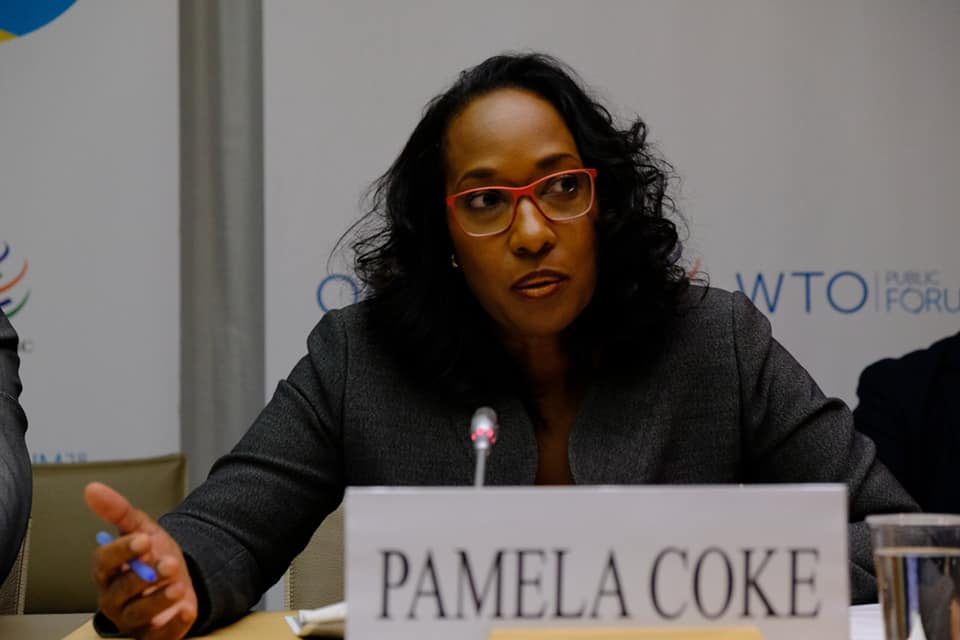 United Nations Secretary-General António Guterres on Friday announced the appointment of Jamaican, Pamela Coke-Hamilton as Executive Director of the International Trade Centre (ITC), the joint agency of the United Nations Conference on Trade and Development (UNCTAD) and the World Trade Organization (WTO), for trade and international business development.

Coke-Hamilton, who is currently director of the Division on International Trade and Commodities at UNCTAD, is a lawyer, a diplomat and a trade expert.

In the announcement of her appointment, the United Nations described Ms Coke-Hamilton as follows:

Ms Coke-Hamilton brings a breadth of experience and expertise in trade-related capacity-building and sustainable development, having served with the Jamaican Government, the Caribbean Forum (CARIFORUM) Member States in trade negotiations and multilateral institutions, including the Organization of American States and InterAmerican Development Bank.  She previously served as Executive Director of the Caribbean Export Development Agency in Barbados, strengthening the capacity of private sector and micro, small and medium enterprises (MSMEs) through investment promotion.

She brings a deep understanding of the challenges faced by vulnerable economies such as the Small Island Developing States (SIDS) and the Least Developed Countries (LDCs) having designed tailored interventions.  She has worked extensively with the private sector across the African Caribbean and Pacific countries as well as with universities and academia to build trade-related institutional strength within Member States.  As a strong proponent of gender equality and mainstreaming in trade, she established the Women Empowered through Export (WeXport) platform to address the disadvantages women owned firms experience in accessing markets.

Ms Coke-Hamilton will be leading the organization at a pivotal moment given the catastrophic impact that the COVID-19 pandemic has unleashed on the global trading system, particularly on MSMEs in developing countries, with ITC required to play a vital role in assisting in building stronger and more resilient businesses and countries.

Coke-Hamilton attended Manchester High School in Mandeville, after which she attended the University of the West Indies where she majored in Economics and International Relations. She went on to study in Washington DC where she received her Juris Doctor at Georgetown University School of Law.

She was instrumental in the design of the Masters in International Trade Policy Programme at the University of the West Indies, which has provided increased depth to the region’s trade policy capability, and was awarded an honorary Doctorate of Laws for her contribution in this area.