Jamaica can’t afford to have a police state - Chang 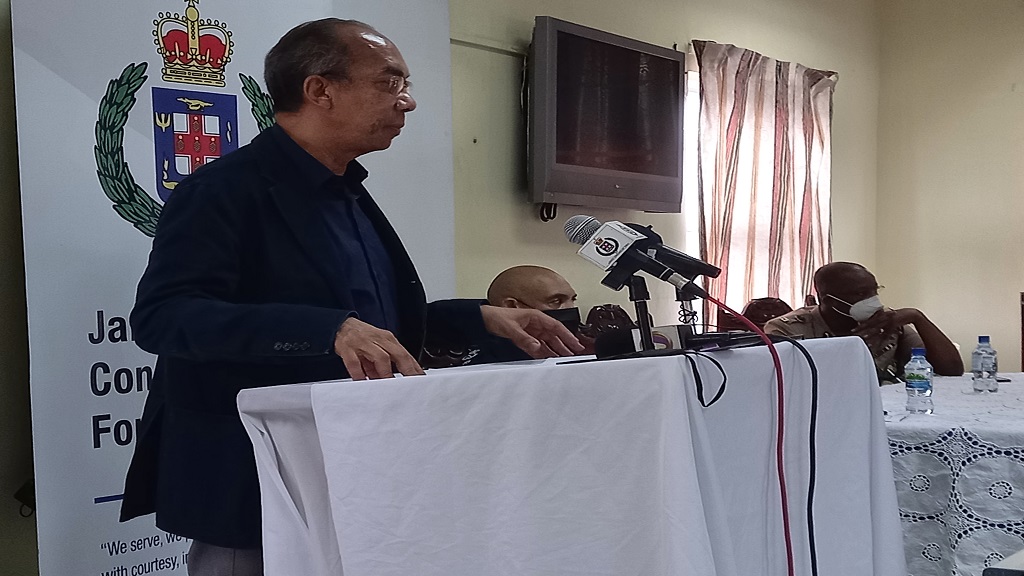 Minister of Security, Dr Horace Chang, has said an option to states of emergency (SOEs) to curtail the level of wanton criminality across the country is to build a police state.

However, he argued that the country does not have the financial resources to build a police state at present.

"It would mean giving the police and the army manpower in the region of 100,000 to be everywhere at all times, fully equipped. The country cannot afford it," said Chang at the Freeport Police Station in Montego Bay, St James on Friday.

"So the special measures (SOEs) are introduced to stop the killing, introduce the other activities and the measures and give the police a chance to build out its operations and get to a point where you get criminality at a normal level," added the minister.

He argued that the issue of having legislation to give the police and the army special powers "is not really debatable".

In that context, he said: "Those who debate that really have something else wrong with their head".

Chang also argued that there is a level of contempt for sections of the society because of killings which stem mainly from gang warfare.

"I think there is an element of disrespect for the poor people losing their lives because many of those who lose their lives are gangsters and from communities where the gangsters live, and you don't get the same sense of reaction when the killings go elsewhere. That bothers me quite a bit," he stated.

No SOE until review of court's decision is completed, says Chang