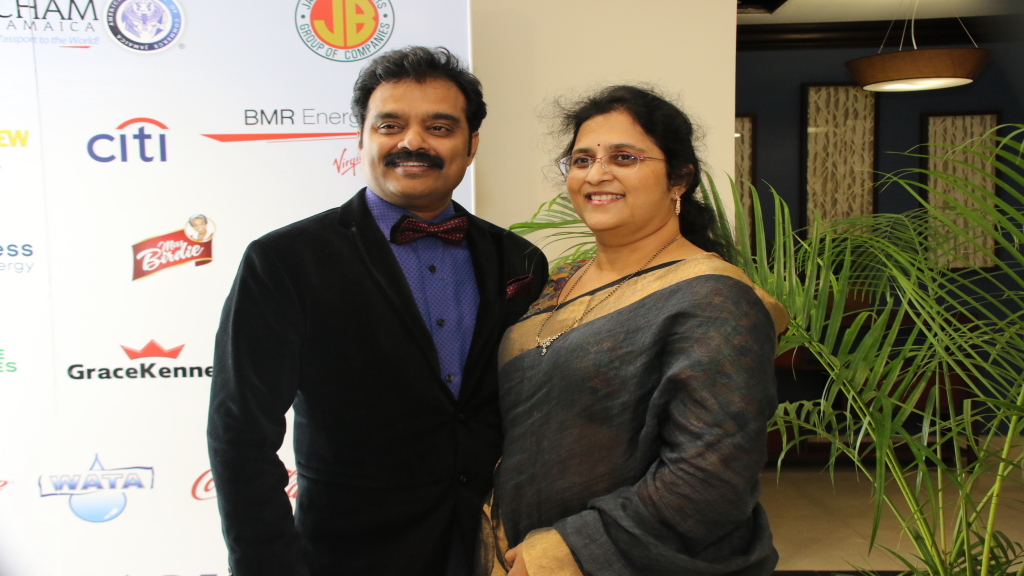 Chairman and CEO of Indies Pharma, Dr Guna Muppuri and his wife Vishnu, who serves as Co-Founder, Chief Operations Officer at Indies Pharma.

Chairman and CEO of Indies Pharma, Dr Guna Muppuri said the company has developed 58 new drug dossiers that are pending approvals from the Pharmaceuticals Regulatory Affairs Unit at the Ministry of Health and Wellness.

Muppuri, in Indies Pharma’s annual report, also noted that the company is seeking to increase market share for its pharmaceuticals.

He said the company’s focus is to not only maximize the market share of the existing portfolio of the products but to widen the product range for over the counter drugs, medicines, supplements, surgical and orthopaedic divisions, which offer opportunities for growth.

“This strategy will not only enhance our offerings but also will establish us as a force to reckon with in the very short order,” Muppuri added.

The company is also looking at new markets.

Indies Pharma has entered into major agreements for research and development of new products for highly regulated markets, Muppuri said.

Market growth is expected through research and development (R&D) of patented drugs and off-patented drugs for highly regulated markets like the US by way of outsourcing intellectual and R & D capabilities, which will eventually expand the company’s target market beyond Jamaica, Muppuri explained.

During the 2018-19 financial year, Indies Pharma recorded a year-on-year increase in its net profit by 13.71 per cent. The target was between 30 per cent and 50 per cent.

He said that nevertheless, cash flows were not affected as the company mitigated the regulatory factors to ensure there is no cumulative effect of expired goods at hand.

He said the company also experienced delays in the production of new product lines, which were supposed to have made their entry during this fiscal year.

“Going forward into the new financial year, the management is also more vigilant about the management of the near expiry goods along with the production regulation to mitigate the shelf life of the stocks at hand, making us better able to manage, evaluate and measure the performance of our operations translating into clearly defined profit,” Muppuri concluded.

$3 billion worth of Indies Pharma stock traded on Wednesday