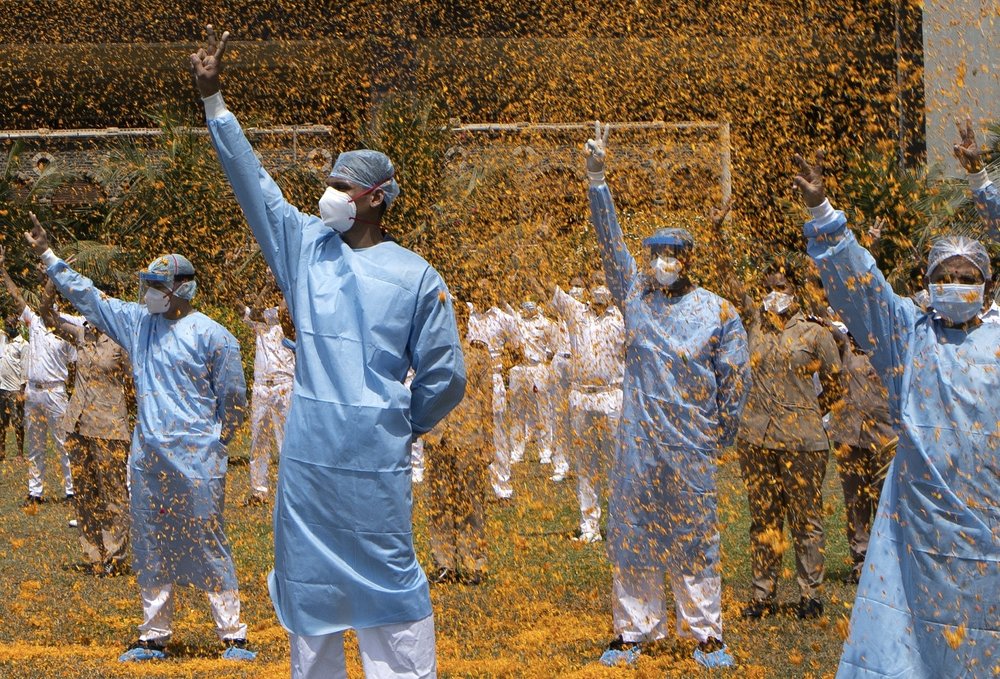 An Indian Air Force helicopter showers flower petals on the staff of INS Asvini hospital in Mumbai, India. The event was part the Armed Forces' efforts to thank the workers, including doctors, nurses and police personnel, who have been at the forefront of the country's battle against the COVID-19 pandemic. (AP Photo/Rajanish Kakade)

NEW DELHI (AP) — India’s six-week coronavirus lockdown, which was supposed to end on Monday, has been extended for another two weeks, although some construction has been allowed to resume and self-employed people have been given permission to return to work in New Delhi.

Here’s a look at the world's largest lockdown of India’s 1.3 billion people. 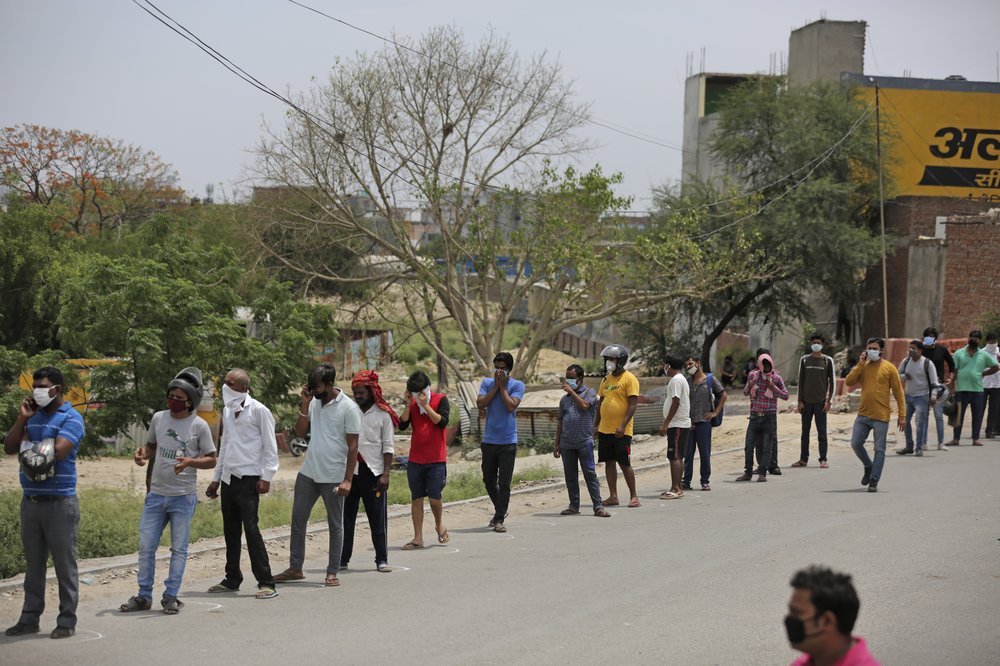 Indians line up to buy liquor outside one of the liquor shops which reopened Monday after six weeks lockdown on the outskirts of New Delhi.India's six-week coronavirus lockdown, which was supposed to end on Monday, has been extended for another two weeks, with a few relaxations. Locking down the country's 1.3 billion people has slowed down the spread of the virus, but has come at the enormous cost of upending lives and millions of lost jobs. (AP Photo/Altaf Qadri)

Prime Minister Narendra Modi locked India down on March 24, when the country had only 469 confirmed virus cases.

In mid-April, he extended the lockdown for two weeks. Then on Friday, it was extended for two more weeks, with some restrictions relaxed.

The government has identified three zones: “red,” or areas that have been coronavirus hot spots; “orange,” where some cases have been found; and “green,” or low-risk areas.

Stricter measures will continue in red and orange zones, while some movement of people and most economic activities will be allowed in green zones.

Most of India’s major cities, including New Delhi and Mumbai, remain red zones.

Locking down the country’s 1.3 billion people has cost millions of jobs and upended lives, especially for the poor.

But, limited interactions did slow the contagion, pushing the peak into the future and buying India “time to prepare,” said Ramanan Laxminarayan, an epidemiologist and economist who directs the Center for Disease Dynamics, Economics & Policy in Washington.

Still, a lack of aggressive testing worries experts who warn that the virus has yet to peak. 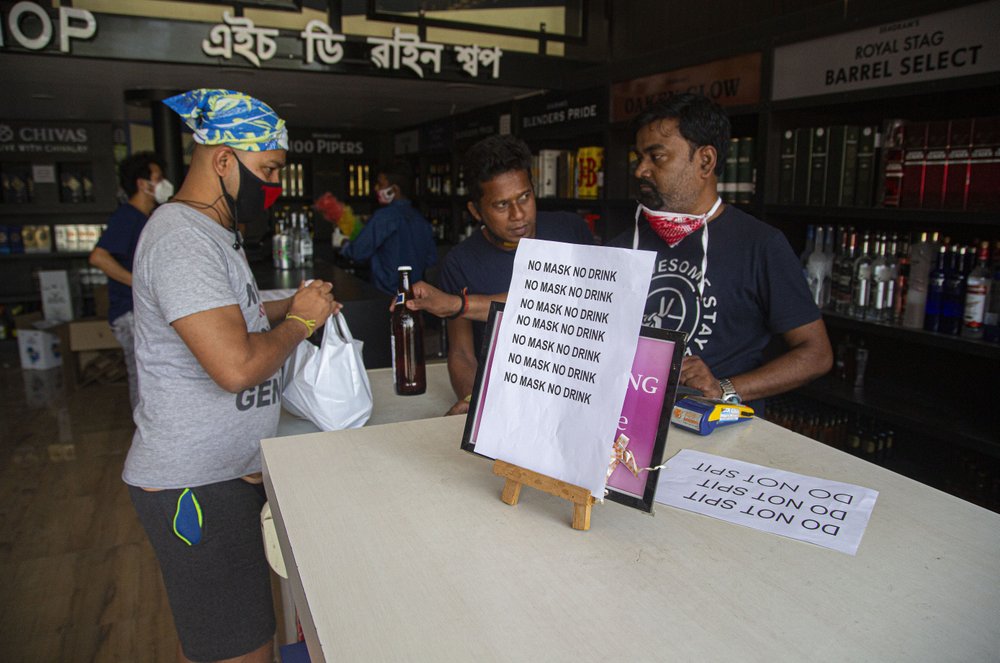 'No mask, no drink' read a sign in a liquor store in Gauhati, India. An Indian man buys liquor after liquor shops reopened during nationwide lockdown. (AP Photo/Anupam Nath)

India has designated more than 600 hospitals for COVID-19 patients only, comprising about 100,000 isolation beds and about 12,000 intensive care unit beds.

It has also trained more than 1 million doctors and 1.7 million nurses to treat patients, according to government data.

Authorities have tried to ensure that only those infected with the virus go to the designated hospitals.

But this separation, aimed at preventing viral outbreaks in hospitals, hasn’t always been successful.

It wasn’t until Friday that the government said it would provide all health workers with personal protective equipment (PPE).

But several non-COVID-19 hospitals in large cities like Mumbai and New Delhi have already reported outbreaks.

Experts suspect the outbreaks were caused by patients who didn’t know they had the virus.

Combined with the government’s reluctance to acknowledge that India had reached the stage of community transmission, this left the health care system unprotected, said Dr T Sundararaman, a community medicine expert.

“Even if a patient comes in with a fever, it will not be assumed to be COVID-19,” he said. “Unless it’s too late.”

Faced with an unprecedented global demand for the same medical supplies, India has increased its capacity to manufacture ventilators, oxygen cylinders and PPE.

India is building up a stockpile of 80,000 of the breathing machines that it hopes will cover the 75,000 patients expected to need them in the coming weeks, said P D Vaghela, secretary of the government’s pharmaceuticals department.

Vaghela said India had almost no domestic manufacturing of PPE before the pandemic.

“Now we have 111 indigenous manufacturers,” he said, adding that these domestic companies are expected to provide 70% of the 20 million pieces of PPE needed. 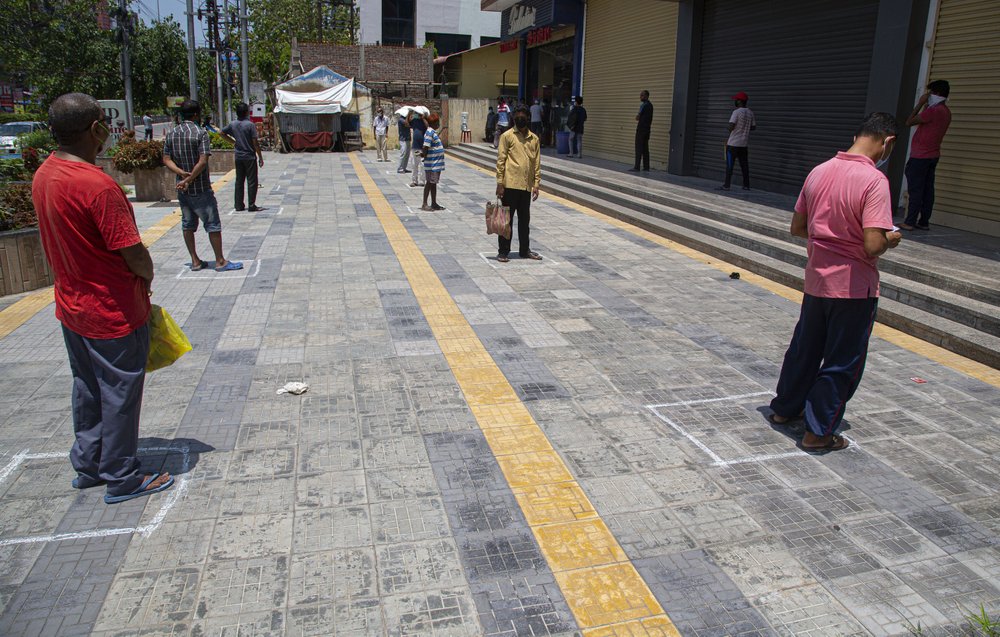 India’s testing criteria remain restricted outside of hot spots, where those with minor symptoms, like a runny nose or cough, aren’t being tested.

But it has increased testing, with 70,000 samples tested daily.

Still, India “needs to be scaling up for a lot more,” said Dr Ashish Jha, the director of Harvard’s Global Health Institute.

He pointed out that while the lockdown had stopped the virus from spreading as quickly as it has in some countries, that doesn’t mean that it won’t spread faster when restrictions are lifted.

India’s low rate is at least partly due to the unavailability of testing kits.

After claiming that the rapid antibody tests it got from China were faulty, India awaited the arrival of 2.1 million standard testing kits, mostly from international companies.

India’s health ministry has denied it is under-testing. But Jha warned that India can’t afford to test in areas only after outbreaks are discovered.

“If they could freeze the world in time and not ever unlock and stay locked down forever, then no, you’ll not need to scale up testing anymore,” he said.

“But obviously that’s not possible.”