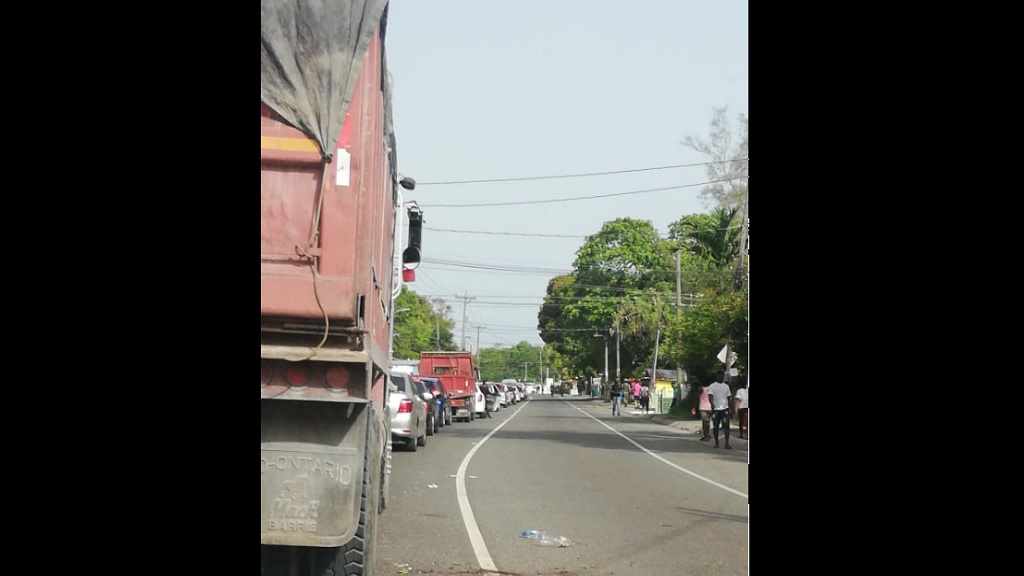 Traffic pileup on the roadway through Stewart Town in St Mary as a result of protesting there on Monday.

The Independent Commission of Investigations (INDECOM) has appealed to residents of Stewart Town in St Mary to exercise patience amid a probe into last month's fatal shooting of a man in the community by the police.

Savion Hinds, a 28-year-old man who resided with his family in Stewart Town, was shot and killed by the police on the morning of Monday, June 15 during a reported confrontation, according to reports from law enforcers.

The action led to a fiery two-day protest by residents, who claimed that Hinds was shot in cold blood, which contradicted reports from the police.

With two weeks passing since the death, residents of Stewart Town returned to the streets, using debris to block sections of the Northern Coastal Highway in the vicinity of the community on Monday. They again demanded justice for Hinds' killing while inconveniencing motorists.

The roadway was eventually cleared by members of the Jamaica Defence Force (JDF).

On Tuesday, INDECOM Commissioner, Terrence Williams, and members of his team, met with the residents to update them about the investigations into Hinds' death.

"I ask you to give us a chance to finish the investigation. We are going to do a written report, the family will get the report... Our team of investigators has already put in many, many hours of work on the case, and there are many more hours for them to put in," Williams assured.

The commissioner disclosed that INDECOM investigators have already collected statements from the police officers who were reportedly involved in the shooting.

Of note, the officers who were reportedly involved in the shooting have been removed from frontline duties.

While appealing to the residents who saw what happened prior to Hinds' death, Williams said he could not provide a timeline on when the investigations would be completed.

"I can't promise you that it (the probe) ah guh finish tomorrow or next week because some things have to go to the lab for testing and we have to get results. So I ask for you to be patient," Williams said.

But in response, a strident female resident stated that if a report is not given to the family (on a timely basis), the protesting would continue.

"If we don't get the report, the road will never stop block," the woman declared. 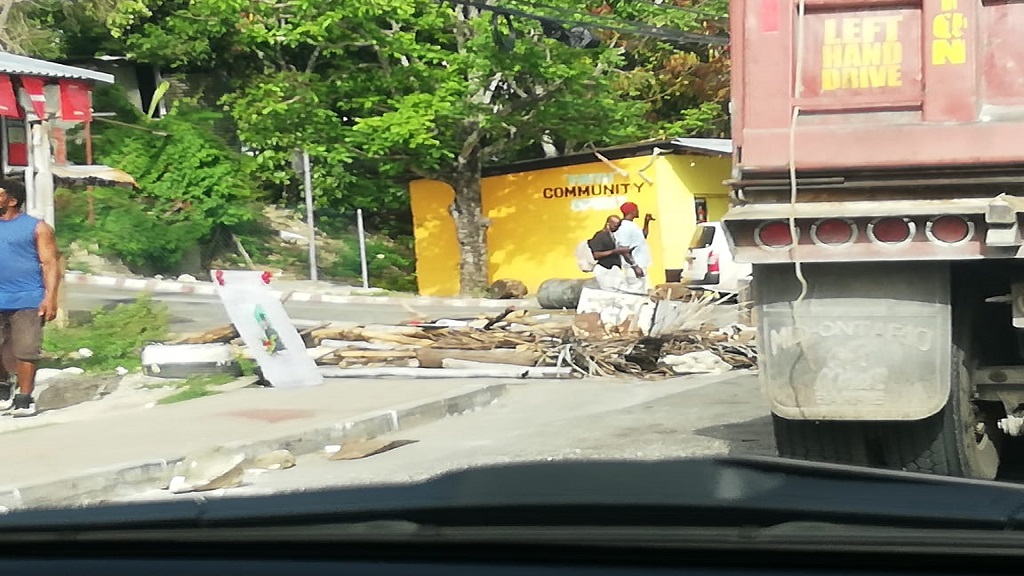 Debris that was used to block a section of the Northern Coastal Highway in the vicinity of Stewart Town on Monday.

To date, the only information presented on the incident by the Jamaica Constabulary Force's (JCF) information arm, the Corporate Communications Unit (CCU), is that Hinds was shot during a confrontation with the police in Stewart Town, and a 9mm pistol with an extended magazine was reportedly seized during the confrontation.

But residents and relatives of Hinds are contending that he was shot six times in cold blood.

The police, however, have denied that claim.

The residents further alleged that on June 15, Hinds was picked up by the police in Oracabessa, and was handcuffed. He was then reportedly taken to the house where he lived with his mother and other relatives in Stewart Town, and was shot shortly after at the back of the house.

In providing further details during a media interview at the time, the deceased man's sister, Petagaye Hinds, said she was at home when the police came and demanded to know the whereabouts of her brother.

She said they left and later returned with Hinds. Sometime later, she claimed the officers shot him six times at the back of the house. No official police report has stated the number of times he was shot.

"We are still waiting on them (the police)... We still need to know what he (Savion Hinds) had done and why them come and kill him like that in front of us, especially my children. Right now my kids are traumatised," Petagaye said, adding that the police should "have respect for people".

Hinds' sister went on to assert that the law enforcers did not have to kill her brother, but could have instead laid charges against him if he had committed an offence.

"... If dem a look for somebody, lock him (Savion Hinds) up. Put charge on him mek him go duh him time and come out and…," the sister said in a media interview.

Following the protests that followed shortly after Hinds’ killing, Member of Parliament (MP) for Western St Mary, Robert Montague, met with his family members and community members and assured them that there would be "no cover-up" following the completion of a probe into the shooting.

Montague elaborated that "No matter who the blame is to drop on, whether it is the right or the left, it (justice) will flow. Justice will flow like the River Nile, because the people need answers (and) the family needs closure... And as a country, we need to resolve so that we will long pass these things."

The Inspectorate of the Constabulary (IOC) is also probing the fatal shooting.