If this West Indies team has no fight, it has nothing 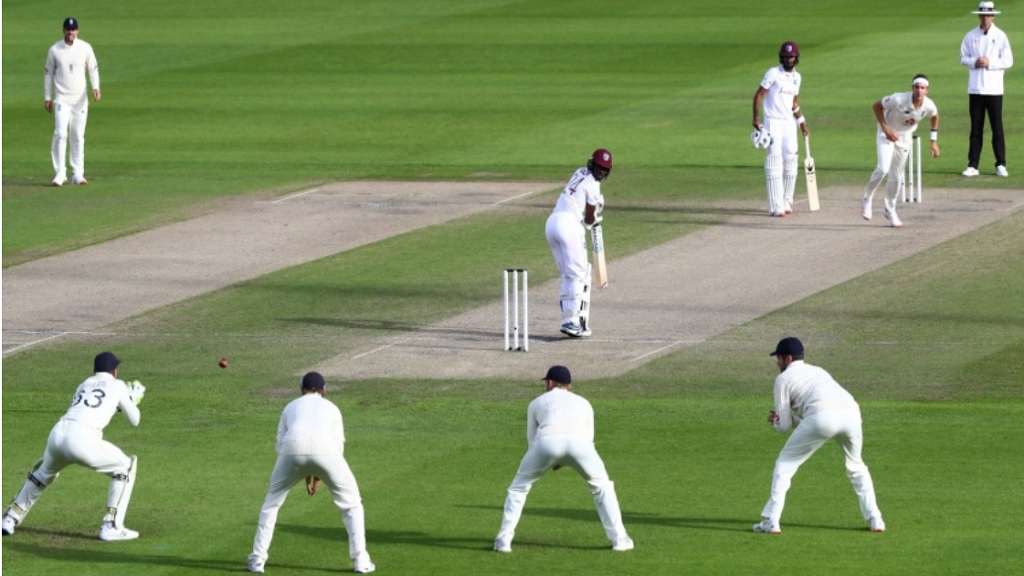 Last week I wrote that Test cricket wasn’t in the DNA of this West Indies cricket team. Since that article the team offered up yet another insipid display to lose the three-match Test series against England 2-1 and the Wisden Trophy forever.

And of course, the typical excuses have come from all quarters. “These were difficult conditions to play in”, because Test cricket usually is like a game of pictionary I presume. “Decisions didn’t go our way”, “luck wasn’t on our side” were some of the other gems passed around. And of course there was the obligatory “taking the positives” statement, which comes with every post mortem of a series.

And frankly I’m tired of all of it.

I was a supporter of West Indies cricket long before I became a journalist 17 years ago, and I’ve heard these excuses before. And back then we actually had superstars like Brian Lara, Curtly Ambrose and Courtney Walsh in the team.

Now, we were told, we have a group of guys that will fight and show grit, even though the talent isn’t quite there. But the DNA results came in, and proved that was a lie. The capitulation I saw was typical of the Caribbean team of recent years gone by. And frankly, if this team doesn’t have fight and fortitude, it has nothing.

Before the start of the series, there was a point of view that if the players were acclimatised in these conditions and if their minds were solely on cricket and they had no distractions because of the fact they were in a bubble brought on by the COVID-19 restrictions, that maybe we would see the best that West Indies had to offer.

And we were well on our way after a very good, if not convincing performance in the opening Test at Headingley. But it all went downhill after that. And yes, of course, we had our moments in the game, but every Test playing team has their moments, so that shouldn’t be the standard.

Last week I pointedly stated that our batsmen were more likely to win a T20 game than a Test match, citing the different approaches required for victory. We had a day to navigate at Old Trafford on a pitch, which had no terrors and we lasted 37.1 overs.

Yes, we succumbed to defeat a mere half an hour before the heavy rains returned, which would have surely washed out the remainder of play. All this after day four was also washed out. But this is where we are again as West Indies supporters, doing rain dances under mango trees to hide the ineptitude.

West Indies had only one century partnership in the entire series. England had four. Our best batsman Jermaine Blackwood averaged 35.16 in the series, and Shannon Gabriel took the most wickets (11) at 32.27 apiece. This is ordinary.

And now the team is playing on the heart strings of the world. We are using our players to beg the likes of England and India to play us at home in order to help with our coffers, which have taken a further hit due to the pandemic. And the reason why this appeal is necessary is because as a performing team we can’t attract the teams or the sponsors and the television demand. Where is our superstar to help fill up a stadium? At least Lara was able to break a Test record once or twice.

My friend and co-worker Ricardo Chambers disagrees with me when I say Test cricket isn’t in the DNA of this West Indies cricket team, not that his point of view comes with any ray of hope. He believes there is little talent on the batting side of things, and has pointed to the fact there is no batting superstar in the team. And some have pointed out to me that that was the difference between the teams and not necessarily the fact our boys simply cannot play Test cricket.

However, having Test cricket in your DNA doesn’t mean you have to be a superstar or the best in the world. It just means you have to be efficient in carrying out tasks like batting for half an hour to save a Test match. I’m hard-pressed to find the characters. Because I once thought we had fight in us, at the very least.

Donald Oliver is a football and cricket commentator and a senior producer at SportsMax. Learn more about him at www.thedonaldoliver.com or email him at doliver@sportsmax.tv.

This article originally appeared on Sportsmax.tv.

See the link below: