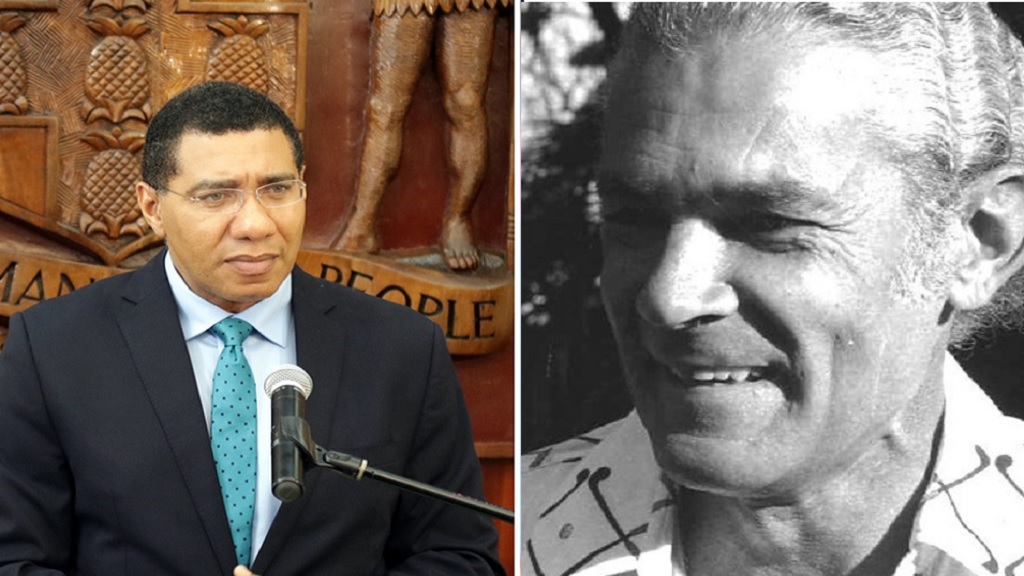 Prime Minister Andrew Holness is facing a backlash on social media for a speech he made last Thursday in which he was critical of the late, former Prime Minister Michael Manley, who he appeared to blame for Jamaica’s current economic ills.

Among those hitting Holness hard for his criticism of Manley, are sitting members of parliament and senators of the Opposition People’s National Party (PNP).

Holness opened the can of worms as he addressed the launch of the Jamaica Labour Party’s (JLP) Education Fund scholarships. He stated that the country was still paying for ideological missteps of the Manley administrations of the 1970s. Manley’s PNP held state power from 1972 to 1980.

The PNP is having none of it.

The outspoken Senator, Lambert Brown, responded to Holness on Twitter. He stated: “No PM, the progressive policies of Michael Manley et al, are still benefitting Jamaica. It is the JLP opposition for opposition sake that has hurt Jamaica. How can NHT be bad for Jamaica? Land to the landless was good. ‘Grow what you eat and eat what you grow’. That was so good, you trying to copy it”.

For her part, the MP for South West St Andrew, Dr Angela Brown Burke posted that: “Today I’m reflecting on how different my life could have been. Thanks to a Michael Manley government my parents were able to build a little house in Yallahs and make payments through the Ministry of Housing”.

In response to Brown Burke, Ian Emanuel posted: “And he (Holness) has the audacity to speak of the misadventures of Michael Manley”.

And Central Manchester MP and the PNP’s co-director for its general election campaign, Peter Bunting posted on Twitter: “There is a proverb that says ‘those who drink the water must remember (with thanks) those who dug the well. @andrewholnessjm has been running around the country breaking ground or handing out keys for NHT schemes then dishonours Michael Manley who started NHT. #dontbethatguy’”.

"When you come too quick and draw Fi di wrong Dubplate!" Hanna captioned a video she posted on Instagram.

In the video, Hanna credited Manley for what she said were revolutionary social policies that provided opportunities for 'ordinary' Jamaicans.

"You need to understand what Michael Manley represented... a lot of Jamaicans who would not have normally had access had their dreams realised because of the policies of Michael Manley," Hanna said, adding "They own a home, their children could go to high school, they could go to university, they got an education, they were given dignity."