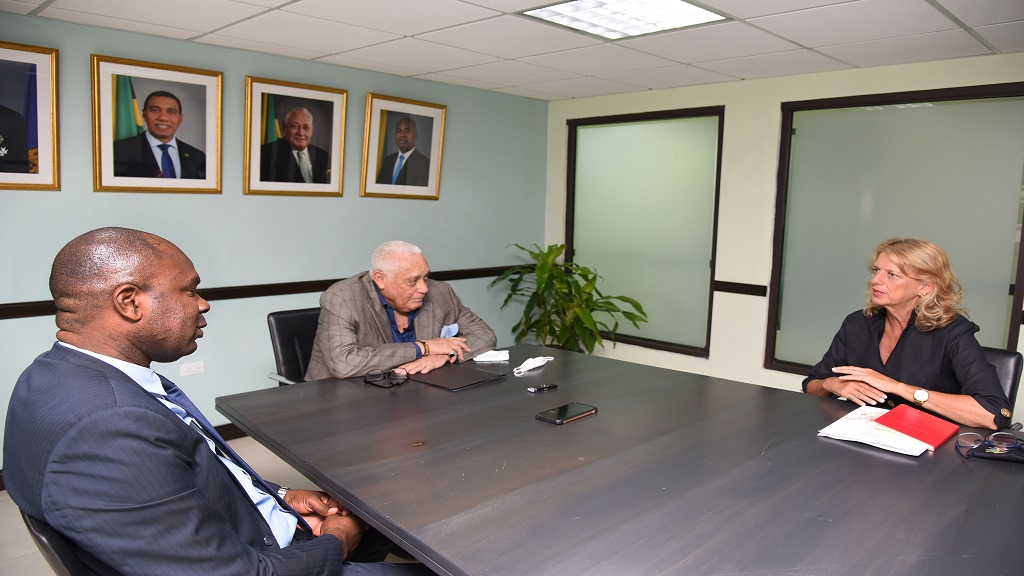 He made the call Wednesday during a courtesy call at his office by the Canadian High Commission to Jamaica, Laurie Peters.

According to Henry, while there has been a steady minimal increase of female representation over the last five years, the time has come to intensify this effort and significantly increase the numbers. He suggested that in light of COVID-19 and the previous challenges faced by the oversees employers, it would be a positive move to have the Canadian Government give some incentives to the employers to provide safe, secure and female friendly bunkering facilities.

In the meantime, High Commissioner Peters said she is in agreement with Henry’s proposal, but, she also wants to keep as her priorities the cementing of the Bilateral Agreements between the two countries and promoting the implementation of other worker programmes by the Canadian Government, including the Skills to Access the Green Economy (SAGE).

She said this programme is administered in Canada through colleges and other institutions and resembles the Jamaican version of vocational schools.  Focusing on sustainable agriculture, the programme will be a partnership between two institutions in Canada and two in Jamaica; one of them being the HEART/TRUST NTA.

Since the start of the year, 6,000 workers have left Jamaica on the farm work programme; 75 per cent are returning workers who have spent 20 to 30 years in the programme and another 20 to 25 per cent new recruits. In addition, there was a record increase in the number of young persons in the programme.

The Seasonal Agricultural Workers Programme began in 1966 under a Bilateral Agreement between Jamaica and Canada for the supply of agricultural workers to utilise their skills in planting and harvesting of fruits and vegetables.