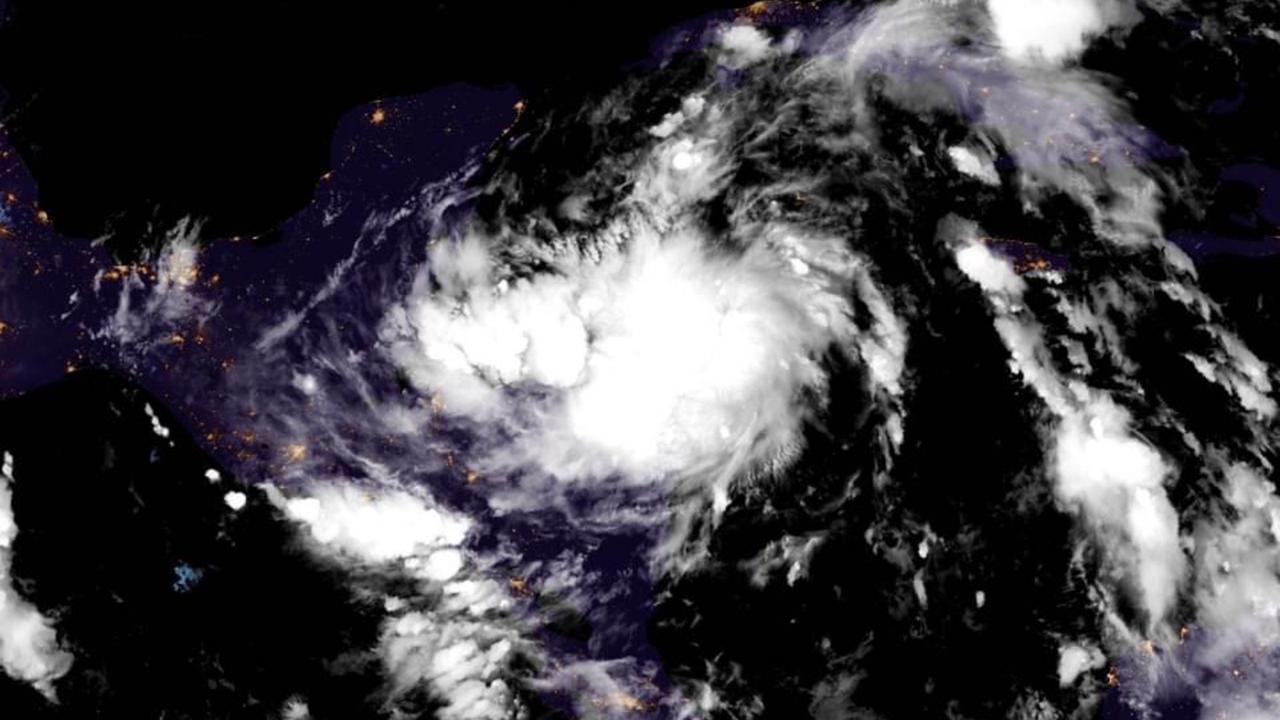 Tropical Storm Zeta is expected to produce heavy rainfall and tropical-storm-force winds in parts of the Caribbean, including Jamaica, as it moves across the northwestern Caribbean Sea.

Storm total rainfall of 4 to 8 inches with local amounts of 12 inches are projected as being possible for the wider area, including  Jamaica, through to Wednesday of this week.

A Tropical Storm Warning is in effect for Pinar del Rio Cuba.

A Tropical Storm Warning means that tropical storm conditions are
expected somewhere within the warning area within 36 hours.

A Tropical Storm Watch is in effect for Tulum to Rio Lagartos Mexico and Cozumel.

A Tropical Storm Watch means that tropical storm conditions are possible within the watch area, generally within 48 hours.

At 5 am EDT, the centre of Tropical Storm Zeta was located approximately 490km south-southeast of the western tip of Cuba and 475km southeast of Cozumel, Mexico.

Zeta is currently stationary and is continuing to re-organise.

A turn toward the west-northwest and an increase in forwarding speed is forecast by Monday, followed by a faster northwestward motion on Tuesday.

On the forecast track, the centre of Zeta will pass south of western Cuba early on Monday, and move near or over the northern Yucatan Peninsula or Yucatan Channel late Monday, then move into the southern Gulf of Mexico on Tuesday, and reach the central Gulf of Mexico by late Tuesday.

Maximum sustained winds are near 40 mph (65 km/h) with higher gusts.

Gradual strengthening is expected during the next 48 to 72 hours, and Zeta is forecast to become a hurricane by early Tuesday.

Tropical-storm-force winds extend outward up to 80 miles (130 km),
mainly southeast of the centre.

The estimated minimum central pressure based on reports from the
NOAA aircraft is 1005 mb (29.68 inches).

Heavy rainfall bands will be expansive along and east-northeast of Zetas track.

Across portions of central and western Cuba, the Cayman Islands, Jamaica, the northeast Yucatan peninsula of Mexico, Southern Florida and the Keys, storm total rainfall of 4 to 8 inches with local amounts of 12 inches are possible through to Wednesday.

By Wednesday, heavy rainfall associated with Zeta will begin to affect the central Gulf Coast region, which may lead to flash flooding in urban areas.

Tropical storm conditions are expected within the warning area in Cuba by Monday morning.

Tropical storm conditions are possible within the watch area in Mexico by Monday evening.

Coastal warnings discontinued as Epsilon moves away from Bermuda