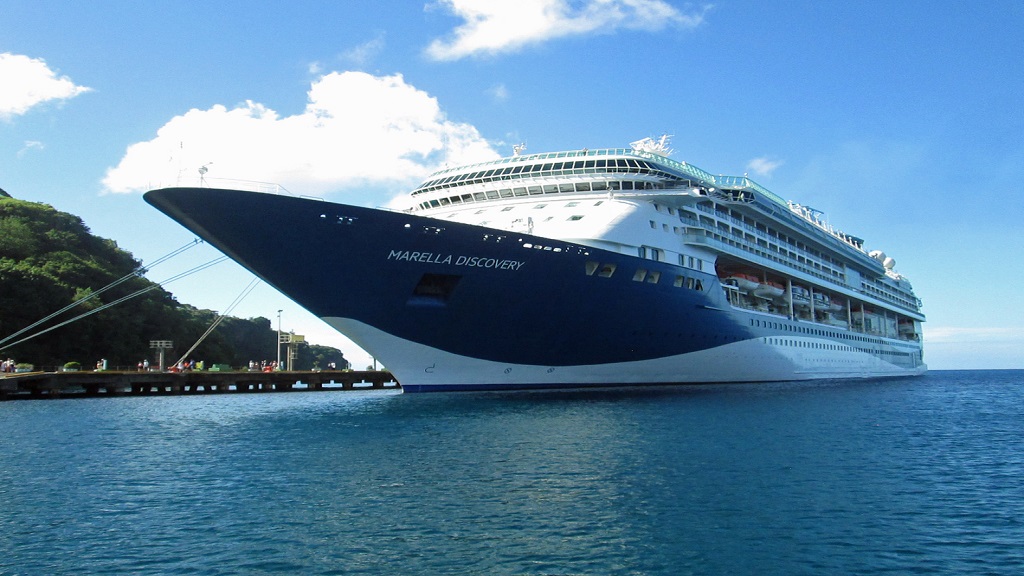 At least 64 Jamaican crew members are now on two ships anchored off the coast of the United Kingdom waiting out a 14-day COVID-19 quarantine period and dreaming of a return to the white sands and tropical climate of their beloved homeland.

At least two out of a total 19 Jamaicans aboard the Marella Explorer 2 have already tested positive for the coronavirus. But according to a source, they seem to be making full recoveries.

The other ship involved is the Marella Discovery 2.

"They're treating us really well. I am just disappointed with the Jamaican Government. I was on the Marella Explorer 2 which first reached out to the Government in March. Our captain was refuelling at the time. We had four cases of coronavirus, with two Jamaicans having it. We just wanted medical supplies, but we were ignored, and we had to go to Mexico to receive some amount of help instead," a utility worker aboard the Marella Explorer 2 told Loop News.

"The captain didn't bother to ask to repatriate us because he hadn't even gotten an answer for (the) assistance (that was sought).

"It was heartbreaking to know that we just needed a helping hand (but did not get it). It was even worse to realise that a week or so later, the captain of Marabella Discovery 2 was refuelling in Jamaican waters on April 2, and made a request for the 43 Jamaicans on board to disembark for repatriation, but got no answer. We could see the ship waiting there, because there is a device on board that allows us to see where all the ships are located on the sea. They waited and waited. The Government just refused to answer. How can a Jamaican leader turn his back on his fellow countrymen?"

The ship eventually went to Portugal, where the crew members were again refused permission to come ashore, and thus moved to the UK where they are presently anchored off shore.

The Marella Explorer 2 is also anchored off the coast of the UK.

"I was so depressed over this whole experience. Other countries took their nationals. So we are what? Nobody? I just have to be strong, but how can I forgive the Government for turning its back against its own," he stressed.

The utility worker was able to contact Loop News via telephone, as the ship is close enough to shore for the crew to access Wi-Fi services.

"The crew over here communicates via phone with the crew from the Discovery 2. We are all under two weeks’ quarantine. They let us out for 10 to 15 minutes of air and then we go back to our individual cabins. They bring us lunch, dinner, water and juice. We are just watching and waiting. At least we can see land. We went without seeing land for seven weeks. There may be other Jamaicans aboard other ships which are coming in. Once quarantine is over and the British prime minister opens the borders, the UK authorities will send us home by plane," the crew member said.

The UK is being ravaged by the COVID-19 pandemic. British authorities reported 888 more coronavirus-related hospital deaths on Saturday, bringing the total to 15,464.

The latest daily figure from the health department is 41 higher than the previous day’s 847 deaths. Britain posted a record high daily death toll of 980 a week ago.

The Jamaican Ministry of Foreign Affairs has refuted the version of events that has been presented by the stranded Jamaicans, arguing that the Marella Discovery 2 vessel did not come into the Jamaican harbour/port, but was anchored at the California Bluffs, 12 miles south of Port Royal.

A statement from the ministry said the vessel's agent made contact with the port authority and port health agents, advising of a request for 43 Jamaican crew members to be landed.

It said that between the relevant immigration and health authorities, the ship's agent was advised that the ports were closed, and that landing of the crew members would require an exemption.

The ministries of foreign affairs and health and wellness further added that Jamaican health authorities made enquiries about temperature checks and any incidence of COVID-19 on the vessel, and further made efforts to identify appropriate available quarantine facilities and resources to support the crew members, to determine if it would be possible to recommend the exemption to the relevant minister and the Cabinet.

“During that process, in the early afternoon of the following day, April 3, 2020, the ship's agent advised that the request for repatriation was withdrawn, and that the vessel was continuing on its route. The efforts regarding possible facilitation of the landing of the workers were, therefore, discontinued.

“It is surmised that the captain may have taken the decision not to wait for a process, for which neither a guarantee of success nor a timeline could be given in light of the existing legal restrictions regarding our borders,” the Jamaican Government statement said.

“We wish to remind the public and advise the crew members who may not have been aware, that during the period when the request was made (April 2-3), the relevant authorities were still in the process of trying to locate the more than 5,000 persons who had entered Jamaica between March 18 and 24, who had not reported to the Ministry of Health and Wellness. This was a high-risk set of circumstances, as there was evidence that many of those persons were not abiding by the self-quarantine rules,” it added.

Meanwhile, the ministries said the Government is now considering protocols to permit the controlled re-entry of Jamaicans “when possible, contingent on quarantine and isolation capacity, among other variables, pending the full reopening of our borders to passenger traffic. We will update the public on these matters as soon as possible”.

Amari lobbies for Jamaicans stuck on ship to return home

Jamaicans overseas get advice from US Ambassador Audrey Marks