Green Turtle suffers gash to the head, taken for treatment 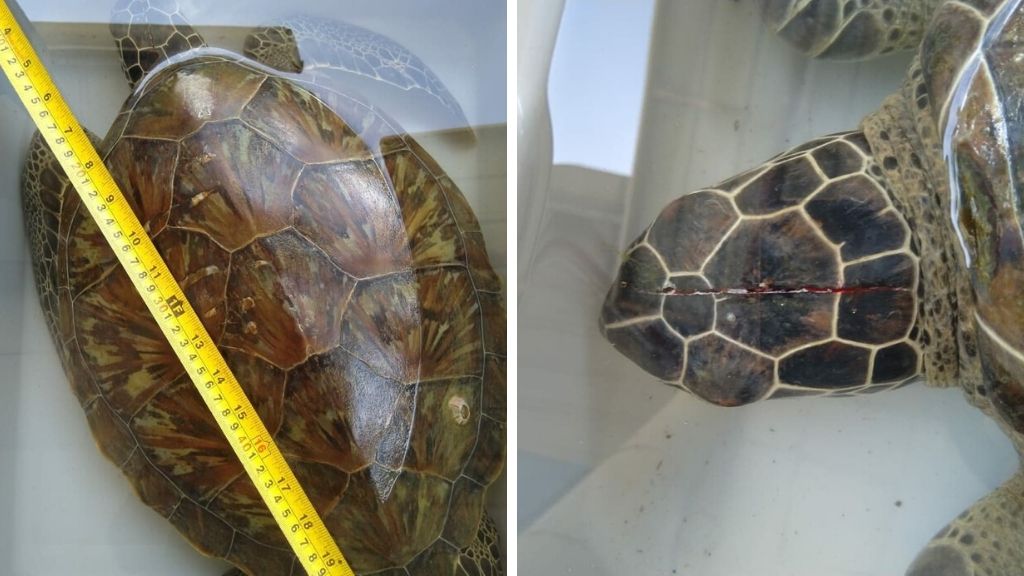 An injured Green Turtle which appeared to have been cut on its head has been rescued and taken in for treatment, according to local NGO the El Soccoro Centre for Wildlife Conservation (ECWC).

The group said via a social media post that the cause of the injury was unknown, however, the juvenile turtle, which was found at Monos Island, was being treated.

"At the ECWC we admit and treat all types of wildlife including the aquatic ones. On Wednesday we admitted a juvenile green sea turtle ( Chelonia mydas) with a huge gash on the top of its head.

"The exact cause of the laceration is unknown but the animal needed some assistance and we are happy that the local Marine Mammal Stranding Network spearheaded the rescue."

The group said Dr Carla Phillips of the Trinidad and Tobago Marine Mammal Stranding Network was on hand to rescue the turtle and bring it to the Centre.

"Dr. Carla Philips Savage the head of MMSN coordinated the effort to get the injured turtle from Monos Island to the ECWC in Freeport. Dr Philips Savage tended to the turtle at the Centre and we are hopeful for a very early release back into the big blue."

This is the second incident in which a turtle has been harmed in recent weeks. Earlier this week a Hawksbill turtle was found floating in the waters of Las Cuevas beach.

The Hawksbill was taken to be analysed to ascertain the cause of death.

Five species of turtle - Green Turtle, Hawksbill, Loggerhead, Ridley sea Turtle, and the Leatherback Turtle, are all protected by law.

The endangered Leatherback turtle has been listed as an Environmentally Sensitive Species (ESS).

According to worldwildlife.org, nearly all species of turtle are endangered, with three of those species listed as critically endangered.