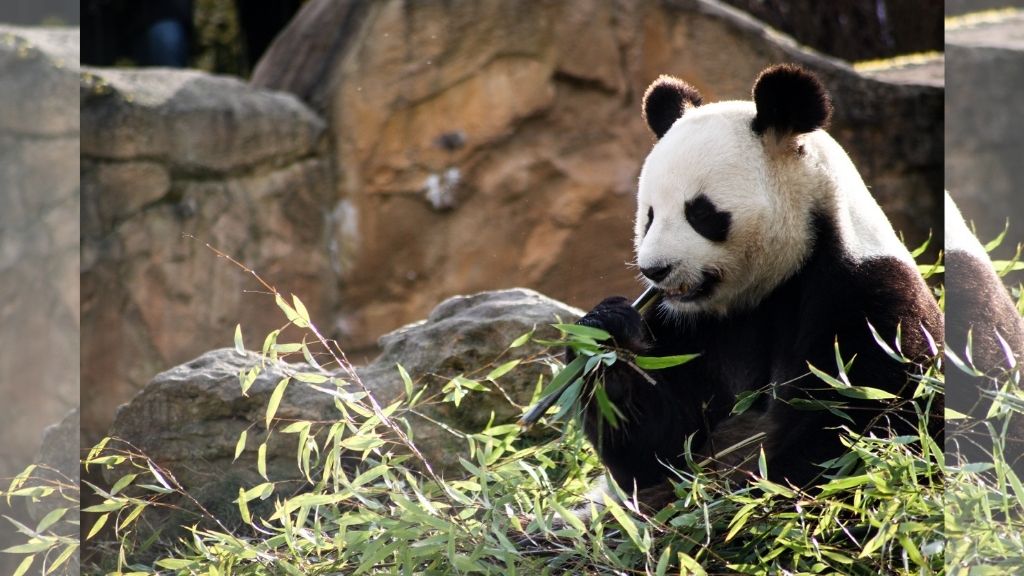 iStock photo of a Panda in it's natural habitat and not an actual photo of the unnamed baby panda. (Photo: iStock)

The National Zoo has confirmed that its six-week old baby panda is a boy.

The gender reveal was made in a video released Monday by the zoo, where panda-keepers unveiled a canvas smeared with blue markings that was ‘painted’ by the baby’s father, Tian Tian.

Photos and videos released by the zoo show the baby, which was born pink, blind and nearly hairless, starting to take on the familiar black-and-white colouring.

Famously described by zoo staffers as the size of a stick of butter at birth, the baby has grown in six weeks to 14 inches long and weighs 3.6 pounds.

The birth was hailed as a desperately needed bit of happy news amid a global COVID-19 pandemic that forced the zoo to shut down for months.

Response to the news that the mother, Mei Xiang, was pregnant caused traffic on the zoo’s ever-popular Panda-cam to spike by 1,200%, zoo officials said.

When the baby was actually born, traffic went so high that viewers were getting bumped off the livestream, forcing zoo officials to boost the bandwidth on the camera feed.

‘Something like this is kind of a miracle for us,’ National Zoo Director Steve Monfort said at the time.

‘It lifts the spirits of my team and the whole world.’

For now, the Panda-cam is still the only way for panda-maniacs to get their fix.

The zoo reopened on a limited basis July 24 with visitors needing timed passes to keep the crowds down.

But the indoor panda house remains closed and the Asia Trail, where Tian Tian can still be viewed, is temporarily closed to visitors for a scheduled repaving of walkways.

Mei Xiang was artificially inseminated in the spring shortly after the entire zoo shut down on March 14.

Normally, panda-keepers would have used a combination of frozen sperm and fresh semen extracted from Tian Tian.

But in order to minimise the number of close-quarters medical procedures, zoo officials used only frozen semen.

It was the first successful procedure of its kind in the US using only frozen sperm.

Mei Xiang, at 22, is the oldest giant panda to successfully give birth in the United States. The oldest in the world gave birth in China at age 23.

Mei Xiang has three surviving offspring, Tai Shan, Bao Bao and Bei Bei, which were transported to China at age four under an agreement with the Chinese government.

Potty-mouthed parrots separated at UK zoo after cursing at visitors