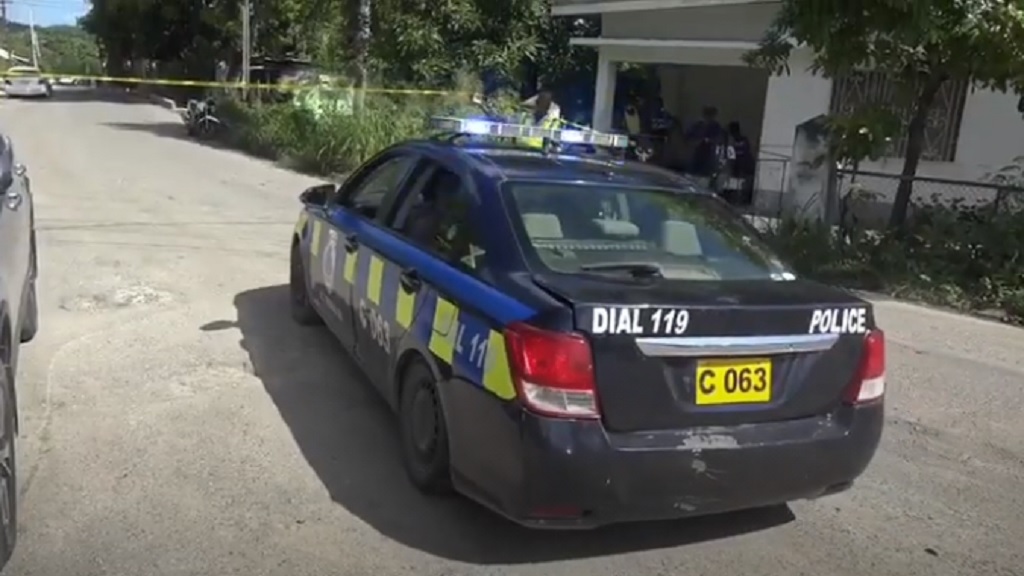 A police service vehicle at the crime scene in St Thomas after a businessman was shot dead.

A popular top-flight local footballer is now in custody following the shooting death of a businessman in St Thomas on Tuesday.

According to a Morant Bay police report, two men were fatally shot during confrontations with cops in St Thomas on Tuesday, minutes after they were reportedly involved in the murder of a businessman in the parish.

“An AK-47 rifle and an M16 rifle were seized during the incident. Two other suspects who eluded the police were later arrested,” said the report from the Jamaica Constabulary Force’s Corporate Communications Unit.

“An off-duty policeman responded and one of the gunmen was shot dead in Lyssons main road after the murder was committed and the second man was also shot dead in Highbury district, both in St Thomas,” the police report explained.

The names of the arrested persons were not released but Loop News sources revealed that the footballer was held.

A voice note circulating online purportedly reveals the footballer pleading with the authorities that he didn’t know the gunmen and was in fact shot by them.

Loop News understands that the second person in custody actually escaped the shooting but returned to the scene later on a bike and was identified and held by the police. He reportedly represented Arnett Gardens Football Club some years ago.