First time’s a charm for this Digicel customer 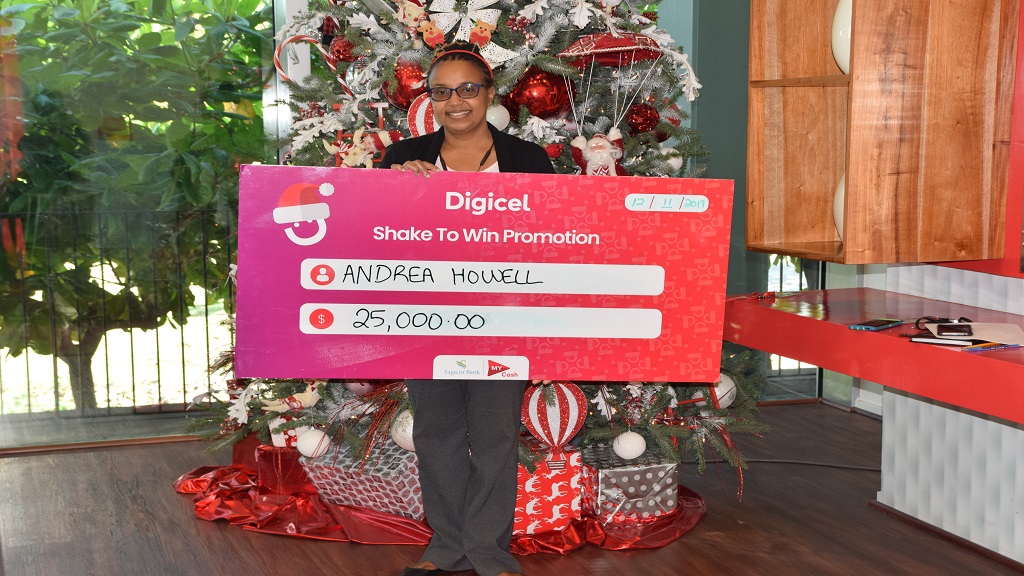 Andrea Howell displays the symbolic cheque given to her after she won $25,000 in the "Digicel Shake to Win" promotion.

On the urging of her 11-year old daughter, Andrea Howell, who had recently downloaded the new MyDigicel app, answered her phone, “Digicel Shake to Win”, and became $25,000 richer.

Howell admitted that she was, at first, not interested in the promotion, and that it was her first time answering her phone using the company’s Christmas campaign slogan.

A Digicel customer since the company opened its doors in 2001, Howell admitted that she finally got lucky: “This is my first time winning anything from Digicel, thanks to my daughter, Dania”

And her winnings have not stopped since. In addition to answering the call from ZIP FM, Howell also used the MyDigicel app’s Shake It feature to win 2GB of data on ‘Guaranteed Shake Day’, Saturday.

With millions of dollars’ worth of prizes left to be won, Digicel customers can still download the MyDigicel app, buy a plan and Shake to Win until December 31, 2019.

Over $30m in prizes for Digicel customers this Christmas