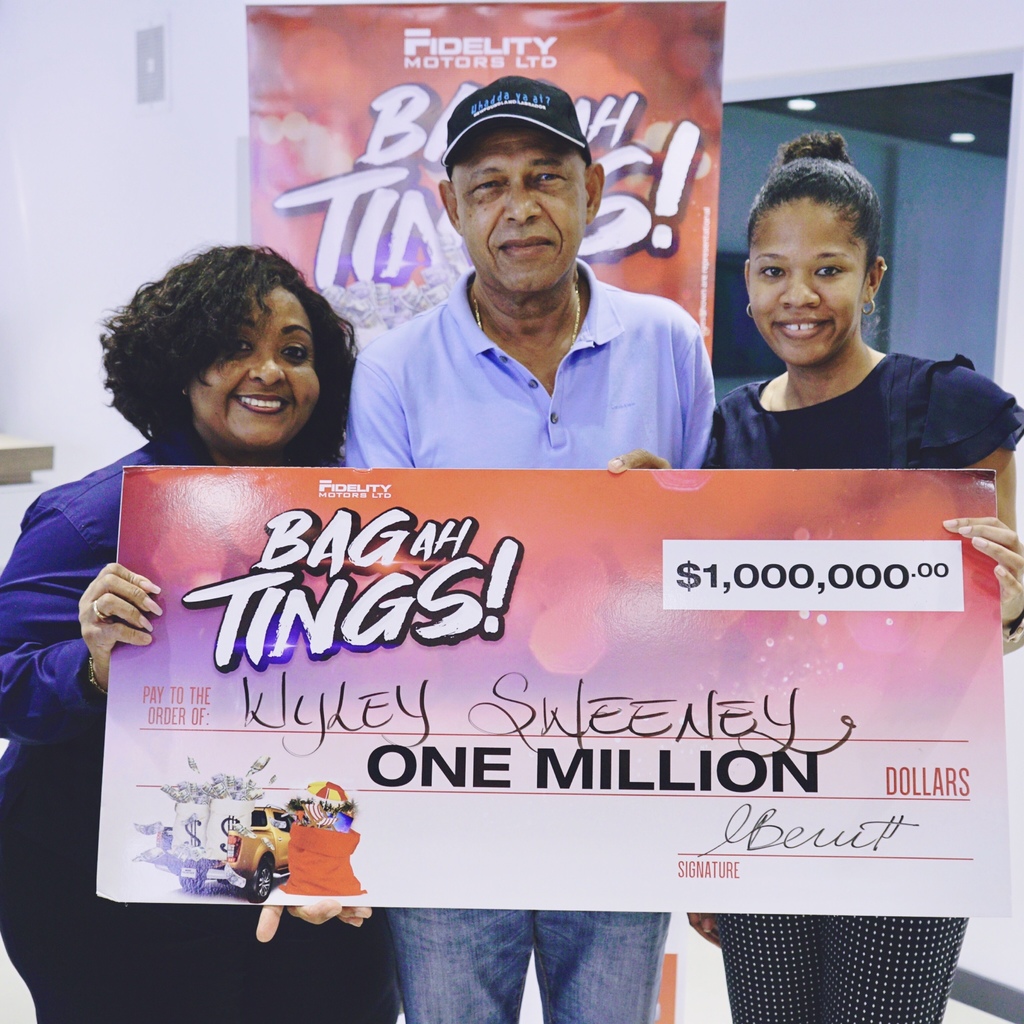 Wyley Sweeney was elated last Thursday as he collected a cheque for $1 million at the surprise handover at the Fidelity Motors showroom on Hanover Street in downtown Kingston.

Sweeny visited the showroom to service his vehicle, but, unbeknownst to him, he would walk away with a grand prize of a million dollars.

Humbled and overjoyed, Sweeney stated: “I’ve never won anything in my life! Actually, all I had won before now was  three additional entries to the promotion from Fidelity. When I won that I assumed that must've been it. I never imagined I'd be lucky enough to win the top prize. I'm happy and thankful”.

When asked if there were any immediate plans for his winnings, Sweeney stated: “With my wife sick in the hospital, this will come in handy to cover some bills”. 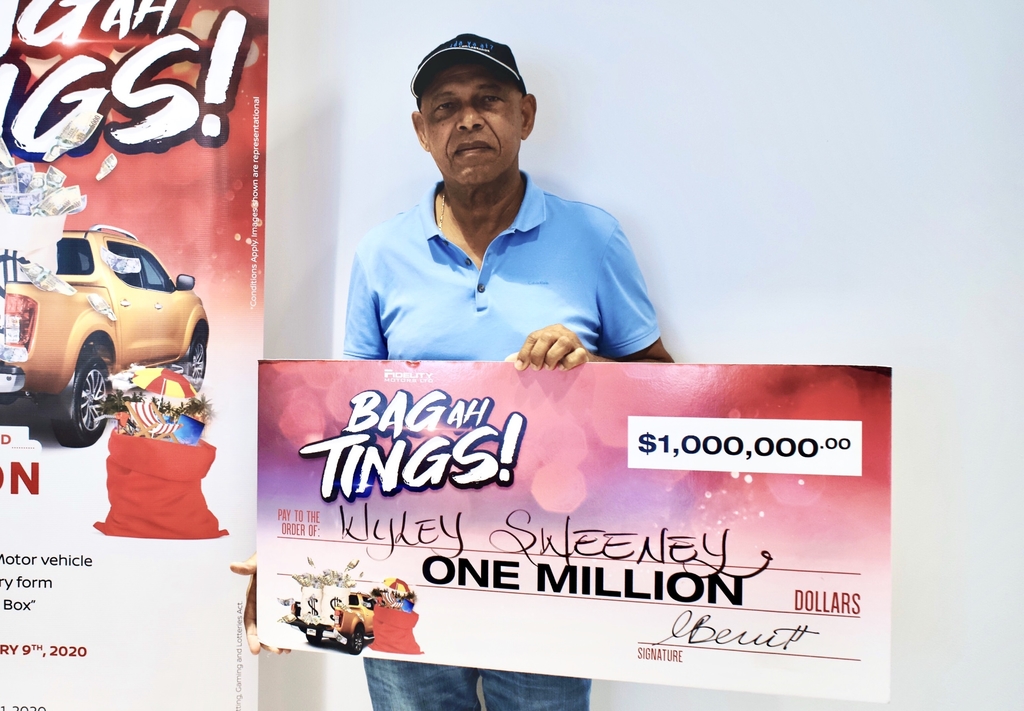 Since the competition began in October last year, over $5 million has been awarded in cash and prizes to customers.

Three million dollars of that was a cash prize to the current winner, Wyley Sweeney, Registered Midwife, Nicola Banton and 26-year-old Oshane Lyn.

Additional prizes scooped over the duration of the promotion included one year of free insurance coverage from Guardian General Insurance; one year of free gas from Total Jamaica Ltd; weekend getaway packages from RIU Hotels and hassle-free loan assistance with no commitment fees from JMMB.

David Crawford, Marketing Manager at Fidelity Motors said: “It’s been an exciting couple of months for us here at Fidelity Motors as we started this promotion in October 2019. Fast forward to the end of February 2020, three millionaires later with over $5 million in cash and prizes given away, we are happy to have changed the lives of so many.”

He added: “The purpose of this promotion was to celebrate our customers and show them appreciation for choosing Nissan as their choice of vehicle. We are proud of the commitment and loyalty shown to us through the past few months and we plan to continue providing tremendous value on excellent vehicles to meet the motoring needs of our new and existing clients”.