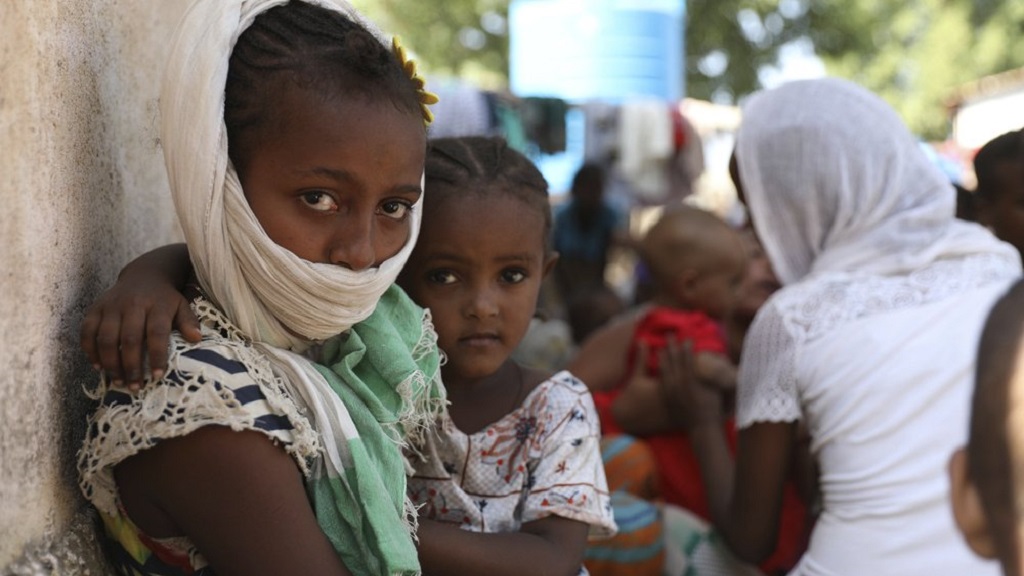 Refugees from the Tigray region of Ethiopia region wait to register at the UNCHR center at Hamdayet, Sudan on Saturday, Nov. 14, 2020. Ethiopia’s defiant Tigray regional government has fired rockets at two airports in the neighboring Amhara region as a deadly conflict threatens to spread into other parts of Africa’s second-most populous country. (AP Photo/Marwan Ali)

Ethiopia's prime minister on Tuesday declared "the final and crucial" military operation will launch in the coming days against the government of the country's rebellious northern Tigray region.

Prime Minister Abiy Ahmed in a social media post said a three-day deadline given to the Tigray region's leaders and special forces "has expired today."

Abiy, last year's Nobel Peace Prize winner, continues to reject international pleas for dialogue and de-escalation in the two-week conflict in the Horn of Africa that has spilled into neighbouring Eritrea and sent more than 27,000 frightened Ethiopian refugees pouring into Sudan.

Some 4,000 refugees keep arriving every day, a "very rapid" rate, UN refugee agency spokesman Babar Baloch told reporters in Geneva. "It's a huge number in a matter of days ... It overwhelms the whole system," he said, warning of a "full-scale humanitarian crisis." That remote part of Sudan hasn't seen such an influx in two decades, he said.

Alarmed African neighbours including Uganda and Kenya are calling for a peaceful resolution, but Abiy's government regards the Tigray regional government as illegal after it defiantly held a local election in September.

The Tigray regional government objects to the postponement of national elections until next year because of the COVID-19 pandemic and considers Abiy's federal government illegal, saying its mandate has expired.

Ethiopia's federal government on Tuesday also confirmed carrying out new airstrikes outside the Tigray capital of Mekele, calling them "precision-led and surgical" and denying the Tigray government's assertion that civilians had been killed.

Tigray TV showed what appeared to be a bombed-out residential area, with damaged roofs and craters in the ground.

"I heard a sound of some explosions. Boom, boom, boom, as I entered the house," the station quoted a resident as saying. "When I got out later, I saw all this destruction. Two people have been injured. One of the injured is the landlord, and the other is a tenant just like us."

Communications and transport links with the Tigray region remain almost completely cut off, making it difficult to verify either side's claims.

Hungry, exhausted and scared, refugees from the Tigray region continue to flow into Sudan with terrifying accounts of war.

"These people are coming with knives and sticks, wanting to attack citizens. And behind them is the Ethiopian army with tanks. The knives and the sticks aren't the problem, it's the tanks," said one refugee, Thimon Abrah. "They struck and burned the entire place."

"When a man, or even a child is slaughtered, this is revenge," said another, Tedey Benjamin. "This is a tribal war."

Ethiopia's prime minister on Monday night said his government is ready to "receive and reintegrate" the refugees and that federal forces would protect them.

But many refugees say those same forces sent them fleeing.

Sudan braces for up to 200,000 fleeing Ethiopia fighting