Eta strengthens in the Gulf of Mexico 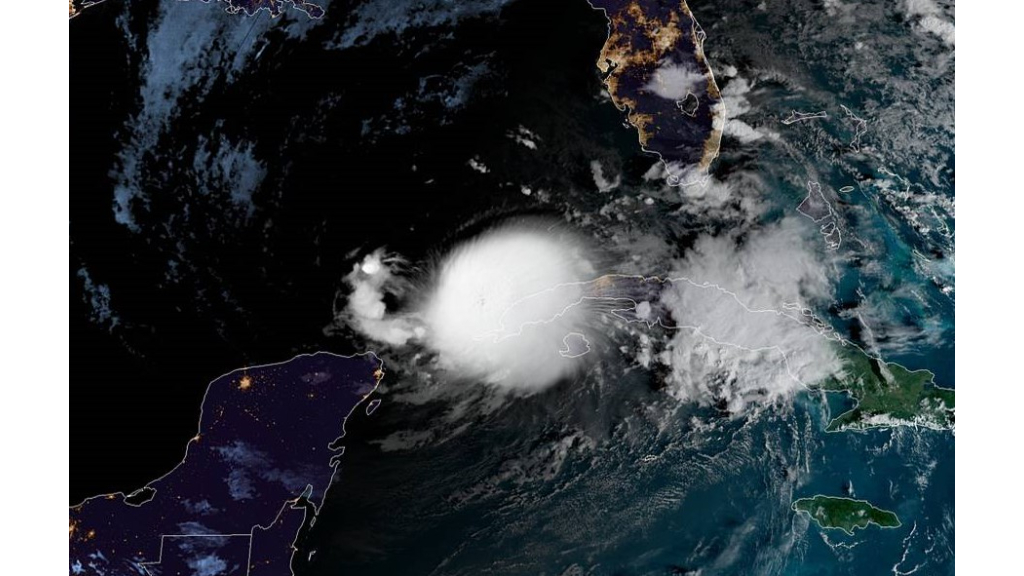 A Tropical Storm Watch is in effect for the Cuban provinces of La Habana, Artemisa, Mayabeque, Pinar del Rio, and the Isle of Youth.

At 6 am CST, the US National Hurricane Centre (NHC) said Tropical Storm Eta was located over the south-eastern Gulf of Mexico about 60 miles (100 km) northwest of the western tip of Cuba. Eta has been drifting southward this morning, but it is expected to become stationary again later today. 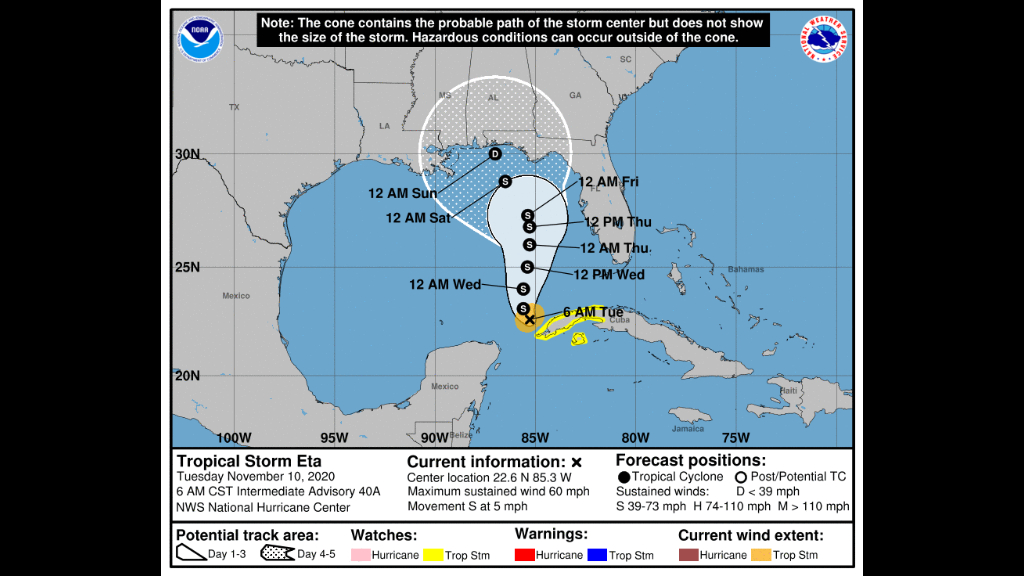 A slow northward motion is forecast to begin tonight and continue through Thursday.

Eta’s maximum sustained winds have increased to near 60 mph (100 km/h) with higher gusts. Tropical-storm-force winds extend outward up to 60 miles (95 km) from the centre. Additional strengthening is forecast to take place during the next day or two, followed by weakening likely starting on Thursday.

NHC has advised people with interest along the Gulf Coast of Florida to monitor the progress of Eta.

Eta is expected to produce the following rainfall amounts today and tonight:

Eta affects Belize but no mention from Queen; the public weighs in

Eta moving south-westward over the south-eastern Gulf of Mexico