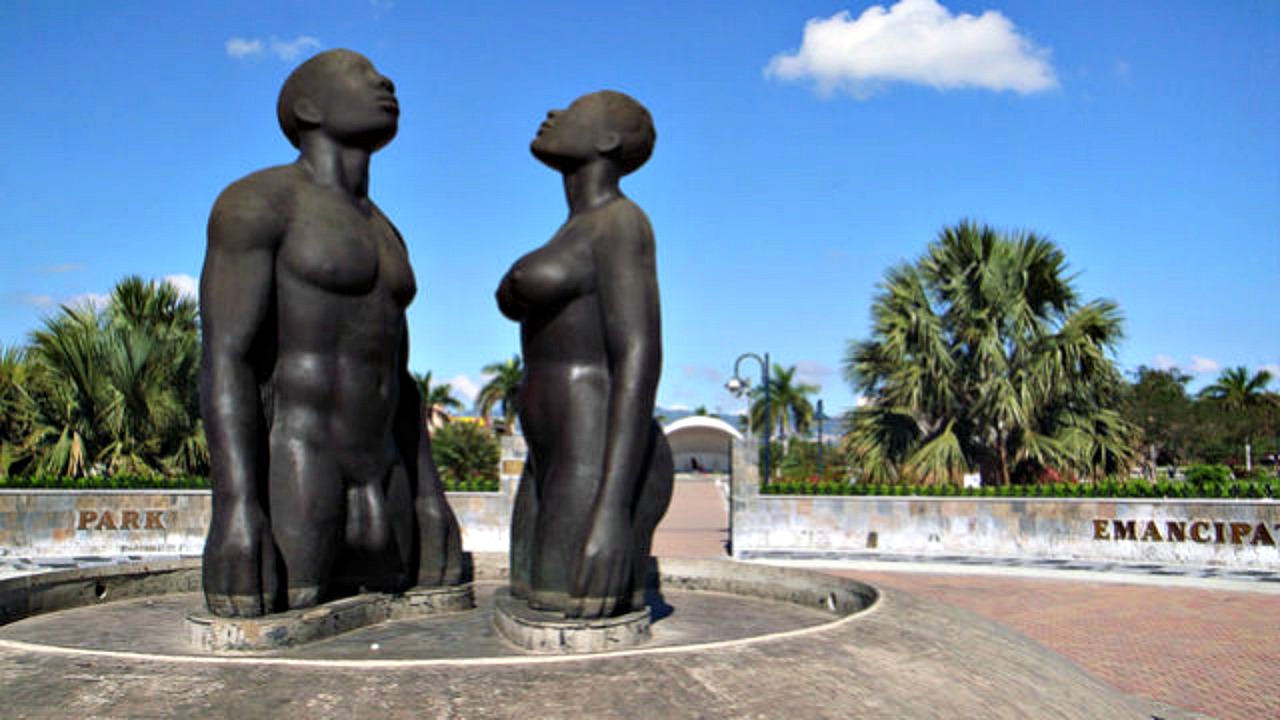 The 'Redemption Song' monument at the main entrance of Emancipation Park in Kingston, Jamaica.

Emancipation Day was reinstated as a Public Holiday by Prime Minister PJ Patterson in Jamaica in 1998 after a six year campaign led by the late Professor Rex Nettleford.

It was discontinued as a holiday when Jamaica gained independence from Britain in 1962. However at that time it was not an official national holiday.

The holiday is more than just a welcome break from work when one can lounge around and relax in preparation for the Independence Day weekend. For Jamaicans of African descent, the day is a very important date in their history as a people as it represents the time when their forebears were ‘freed’ from the shackles of chattel slavery.

Emancipation Day is also celebrated in most other English speaking Caribbean countries and also in the French speaking countries of Martinique and Guadeloupe. The United States of America, Canada and South Africa also recognize the day.

Related article :Emancipate Yourself Quiz: Test your knowledge of the past

August 1, 1834 marked the date when all children under six years of age were deemed to be free, but all other slaves were deemed to be apprentices and forced to work 40 hours per week without pay as compensation to their owners. Full ‘freedom’ was not given to the slaves until four years later in 1838.

In Jamaica, people would traditionally keep vigils on July 31 and at midnight church bells would ring out and drums played in parks and public squares to re-enact the first moments of freedom for enslaved Africans. On Emancipation Day, there was a re-enactment of the reading of the Emancipation Declaration in town centres especially in Spanish Town which was the country’s capital when the Emancipation Act was passed in 1838.

Emancipation Park was opened on the eve of Emancipation Day, July 31 in 2002 and is named in commemoration of Emancipation Day. In 2003,  the 11-foot bronze sculpture, Redemption Song, by Jamaican Laura Facey, was unveiled at the main entrance of the park. The sculpture comprises a male and female statue gazing to the skies – symbolic of their triumphant rise from the horrors of slavery. Facey said she was inspired by the words of National Hero Marcus Garvey and later reggae legend Bob Marley, "none but ourselves can free our minds".

The first country in the world to commemorate Emancipation Day as a national holiday was Trinidad and Tobago, which did so in 1985. It was brought on stream to replace Columbus Discovery Day which commemorated the arrival of the European explorer at Moruga on July 31, 1498.