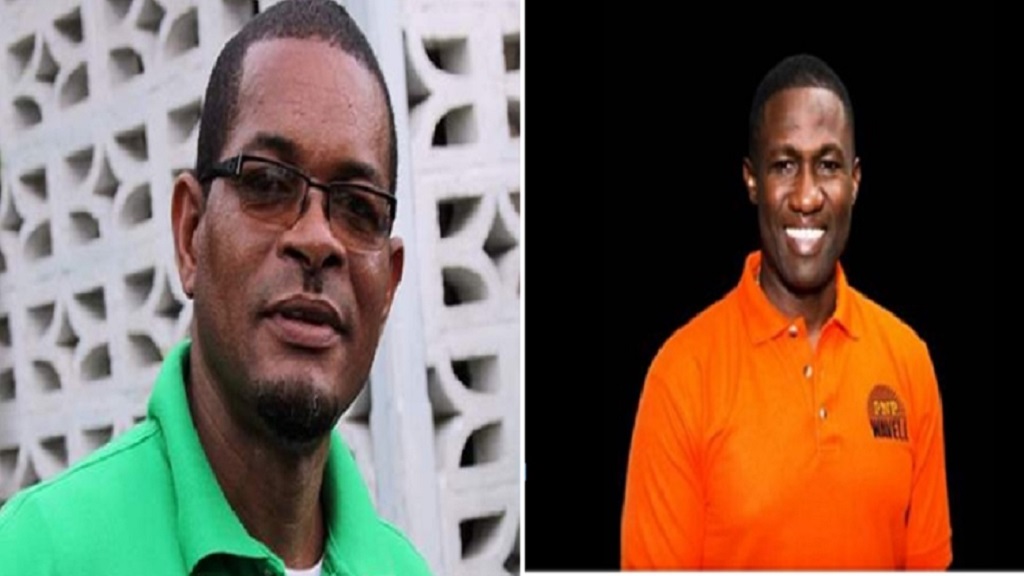 Dave Brown (left) and Wavell Hinds who are squaring off for the Eastern Hanover seat.

Brown will be hoping to pitch some bouncers to Hinds in the form of blocks of votes, to send his opponent back to the pavilion with a crushing defeat in September 3 General Elections.

Of the 16 general elections contested by both major political parties in Eastern Hanover, the JLP has won seven and the PNP eight.

Of note too, the 1983 elections were not contested by the PNP, hence the JLP took the Eastern Hanover seat pretty much by default.

But most importantly, both political parties will come together in their various camps and watch keenly, the counting of the ballots in Eastern Hanover on election night, as the majority of electors in that constituency have, for the most part, voted for the political party that has been elected to form the Government, albeit on all but two occasions, since independence in 1962.

The last time they swayed with the national vote was in the 2016 General Elections, when the then JLP-led Opposition candidate, Brown, was victorious in the seat by defeating the PNP’s Wynter McIntosh by 340 votes. By virtue of Brown’s victory, the JLP went on to win the general election by claiming 32 seats to the PNP’s 31 seats, the closest margin of victory in the country’s political history..

But how did Dave Brown who hails from Montego Bay, St James and is affectionately called ‘Spoon’, rise to the occasion and defeat the PNP which, at the time, had the seat firmly lodged in their anticipated ‘win column’?

McIntosh, who at the time was Councillor for the Chester Castle Division and Lucea’s Mayor, contested the Eastern Hanover seat after it was vacated by veteran PNP heavyweight, Dr DK Duncan, who went into retirement after serving as the MP for two consecutive terms from 2007 to 2016.

Duncan’s departure signalled the end of a long political career, which involved previous parliamentary representation before going to Hanover.

Despite Duncan and, by extension, the PNP holding two terms in Eastern Hanover, the constituents have often complained that little was done to address the deplorable state of the roads, lack of piped water and high levels of unemployment in many of the communities there.

Then came Brown, a Cornwall College old boy who served the Jamaica Constabulary Force (JCF) for roughly 10 years, who promised to tackle the issues plaguing communities like Friendship, New Milns, Corpse, Lethe, Cascade, Pondside, Shettlewood, Jericho and Claremont. Of note, Brown, a motor vehicle parts dealer, was no stranger to politics in the lead-up to the 2016 polls, as he unsuccessfully contested the Montego Bay North East Division in the St James Parish Council (now Municipal Corporation) in the Local Government Elections of 2012. 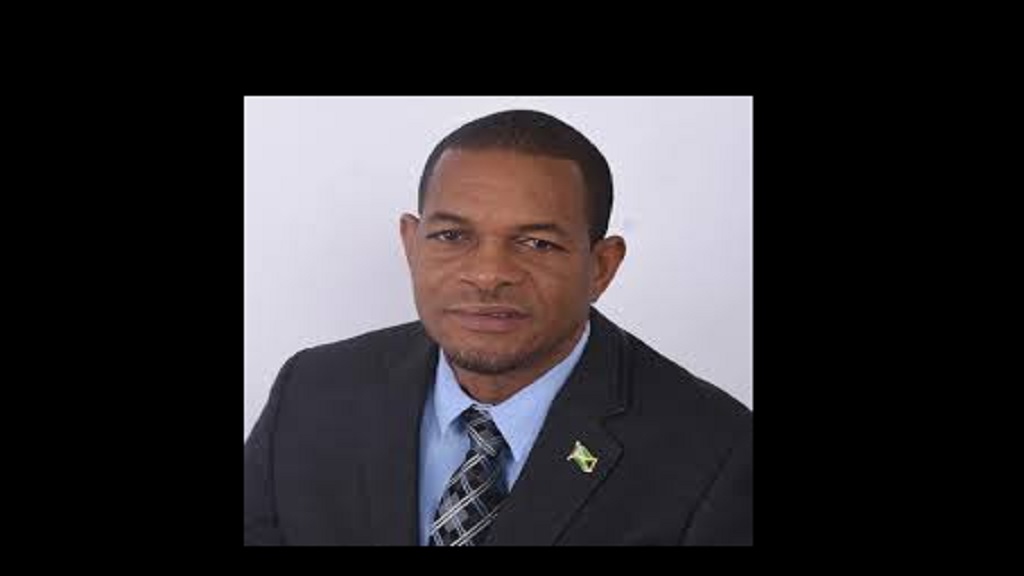 But back to the 2016 election race, Brown’s contender, McIntosh, in a newspaper interview, said at the time that he would tackle the lack of housing solutions, poor roads, lack of portable water and electricity in many of the communities.

As expected, McIntosh’s strongest votes came from Sandy Bay with 2,487, but he lost other divisions, Hopewell by 713 votes and Chester Castle by 470.

The green swing in the seat would carry over into the local government elections that year, with the JLP claiming two of the three divisions. Devon Brown, Dave’s cousin, polled 1,971 votes to defeat the PNP’s Sharon James-Taylor in the Hopewell Division.

In a cruel turn of events, Wynter McIntosh, who had months earlier tried to enter Gordon House as Eastern Hanover’s MP, was booted from the local government arena when he failed to retain the Chester Castle Division, losing by 146 votes. The JLP’s Fearon Decarish polled 1,411 votes to claim victory over the former councillor.

In Sandy Bay, the PNP’s dominance continued with Andrea Dehaney-Dinham walking away with 1,894 votes in comparison to 1,269 for the JLP’s Stacia McNish.

Four years have gone and heading into the general election only days away, Dave ‘Spoon’ Brown has hit the campaign trail to try and follow in the footsteps of former parliamentarian, DK Duncan, in winning a second consecutive term in the constituency.

Brown, like many of his political counterparts, has been ramping up his presence on social media platforms by creating pages dedicated to highlighting his day-to-day movements throughout the communities of the constituency.

Facebook has been where Brown has been showcasing his movements and interactions with the people he hopes will re-elect him to Gordon House.

In mid-July, while on one such visit in an area of his constituency, Brown posted on Facebook: “Walking in fi wi Eastern Hanover. ‘Every man must decide whether he will walk in the light of creative altruism or in the darkness of destructive selfishness’. Martin Luther King Jr.”

A month before, the first time MP gave a media interview reiterating his plan to carry out massive repair work on the roads in the constituency. One such thoroughfare already rehabilitated there is the Cold Spring to Thompson Hill roadway at a cost of $33.9 million.

Brown also indicated that in the subsequent months, the Cascade to Georgia roadway would be repaired at a cost of $10 million.

Like his political rival, Hinds has latched onto social media, especially Facebook, to highlight his maneuverings in the Eastern Hanover constituency, which he hopes to retake for the PNP. 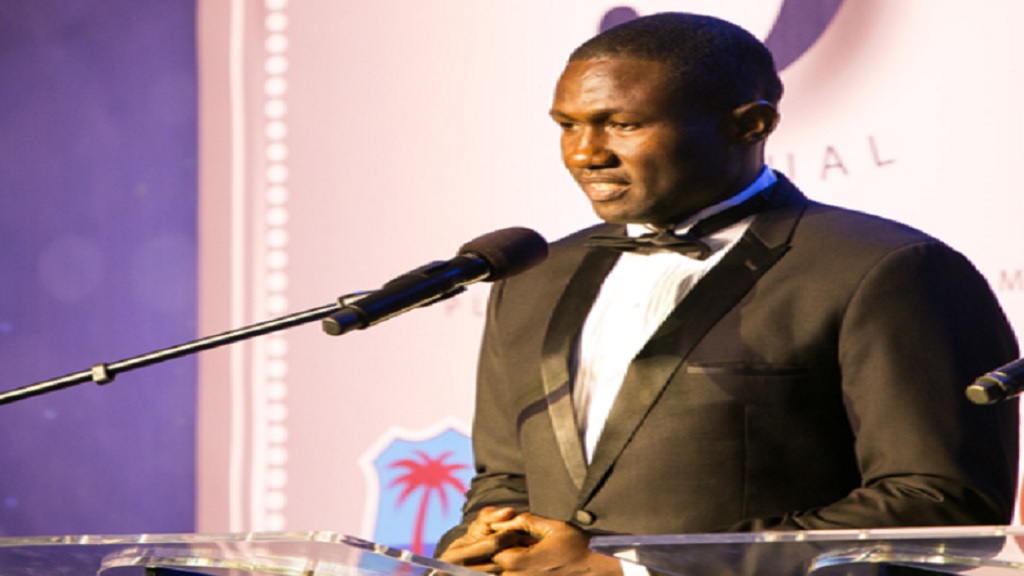 Among his social media strategies is the crafting of fancy flyers with messages inspiring hope to his constituents. Added to the mix on his Facebook platform, seemingly geared especially at youth voters, are videos and photos of his interactions with residents of several communities.

“Give it with love and give it with a willing heart. In this time of the #COWID-19 pandemic, I took the time out to visit some of the elderly within the constituency,” Hinds posted on his Facebook page, concluding with the hash tags, “#Eachonehelpone #EasternHanoverja #FollowDiWave.”

In a 2019 media interview, the PNP representative said he believed that he could improve the lives of residents in Eastern Hanover.

With his orange-clad party serving 14 of the last 26 years in the seat, the retired sportsman will have to convince residents of that side of the parish that he will not follow in the footsteps of his predecessors, who the constituents have claimed were not doing enough to improve their living condition during their stewardship.

With the general elections just ahead, both candidates have been assessing their position and revising their strategies as the big day nears.

To retain the marginal seat, Brown must be seen as having continued to earnestly deliver on his promises of creating a better constituency. In addition, the businessman would hope that the Chester Castle and Hopewell divisions will remain in his column, while he tries to get over 2,000 votes in the PNP bastion of Sandy Bay.

For Hinds, he has to convince the PNP die-heart supporters and non-partisan individuals who are wont to decline to vote if not satisfied with the performances of either candidate, that he is the better choice to deliver on the promises of substantial changes to improve the lives of the constituents.

The PNP first-time candidate must also rally his supporters in the stronghold of Sandy Bay to turn out in their numbers to improve any chance the party has of regaining power in Eastern Hanover.

Further, the former cricketing star and current West Indies Players’ Association (WIPA) President must tap into his national and regional presence as a sporting figure, by displaying to the residents his track record of performance in the various facets of his career life, both past and present.

In the 2016 polls, only 53.04 per cent of the 23,618 eligible voters exercised their right to cast a ballot. Both Brown and Hinds will definitely hope they can sway the undecided voters, especially the youth, to their respective camps.

From an historical perspective, 1980 saw the highest percentage of voter turnout in Eastern Hanover of 87.42 per cent. At that time, 11,546 individuals voted of the 13,208 persons who were eligible to do so. Basil Buck, who copped 7,239 votes for the JLP, went on to defeat the PNP’s Dr Aston King, who received 4,245 votes.

Interestingly, the highest turnout of voters by sheer numbers was in the general elections of December 2011, when Dr DK Duncan retained the seat he won in 2007, which he won then by way of a magisterial recount. With respect to the 2011 polls, 13,513 constituents opted to vote, while 8,186 persons did not exercise their right to do so. 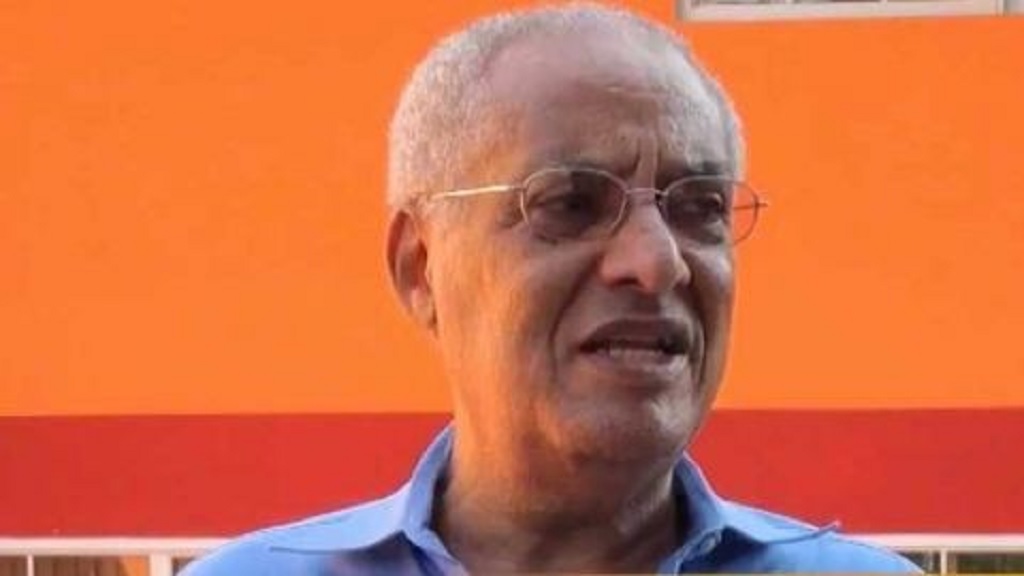 When the PNP did not contest the 1983 snap elections, the JLP’s Wylie D Hastings “was elected unopposed by way of acclamation”, according to the Electoral Commission of Jamaica (ECJ).

But the Michael Manley-led PNP would retain power in 1989, and, by way of this, the victorious party gained control of Eastern Hanover in the form of their 1970s parliamentarian, Dr Aston King. He received 6,700 endorsements, compared to the JLP’s Franklin Jackson, who fell short with 5,269 votes.

With PJ Patterson then at the helm of the PNP, the party won Eastern Hanover in the 1993 elections with Francis Tulloch, and in 1997 with Canute Brown.

In the 2002 elections, history was written when for the first time since independence, the Eastern Hanover seat went to the party forming the Opposition. The JLP’s Barrington Gray beat the PNP's Lloyd Hill by 756 votes. The official results saw Gray receiving 5,857 votes, compared to Hill’s 5,102.

Despite gaining the seat by way of a magisterial recount, veteran PNP politician, DK Duncan, claimed Eastern Hanover by 10 seats over Gray in the 2007 General Elections, which the JLP, then led by Bruce Golding, won. Historically, this was the second time that the Hanover seat was going to the party forming the Opposition.

But in the two general elections that followed, in 2011 and 2016, Eastern Hanover returned to the Government benches in Parliament.

Leading up to the 2011 elections, there were talks of DK Duncan being defeated at the polls by businesswoman and philanthropist, Paula Kerr-Jarrett of the JLP. However, the veteran politician dug deep and defeated his Labour Party contender by 251 votes in a close election.

Most notably, Kerr-Jarrett had rallied to obtain nearly 2,000 votes in the PNP fortress, the Sandy Bay Division. She, however, fell short of the 2,000 mark by 72 votes, while, in contrast, Duncan rallied to secure almost 3,000 votes, missing that number by a mere 49 votes.

Kerr-Jarrett performed well in the Hopewell Division, where she received 2,717 votes compared to Duncan’s 2,231, while she gained 1,957 endorsements in Chester Castle. Duncan fell short by receiving 1,671 votes there, but his massive tally in Sandy Bay was enough for him to retain the seat.

Fast forward to 2016, and Dave Brown claimed the seat while his party formed the Government.

A battle is now brewing as Brown seeks to keep the swing seat in the JLP’s column to aid Andrew Holness in his quest to become Prime Minister of Jamaica for two consecutive terms or more, following in the footsteps of Michael Manley, Edward Seaga and PJ Patterson, who have all achieved that feat.

Wavell Hinds to bat for the PNP in Eastern Hanover

MP calls on PM to lock down call centre in Hanover