Early childhood educators get help to prepare for reopening of schools 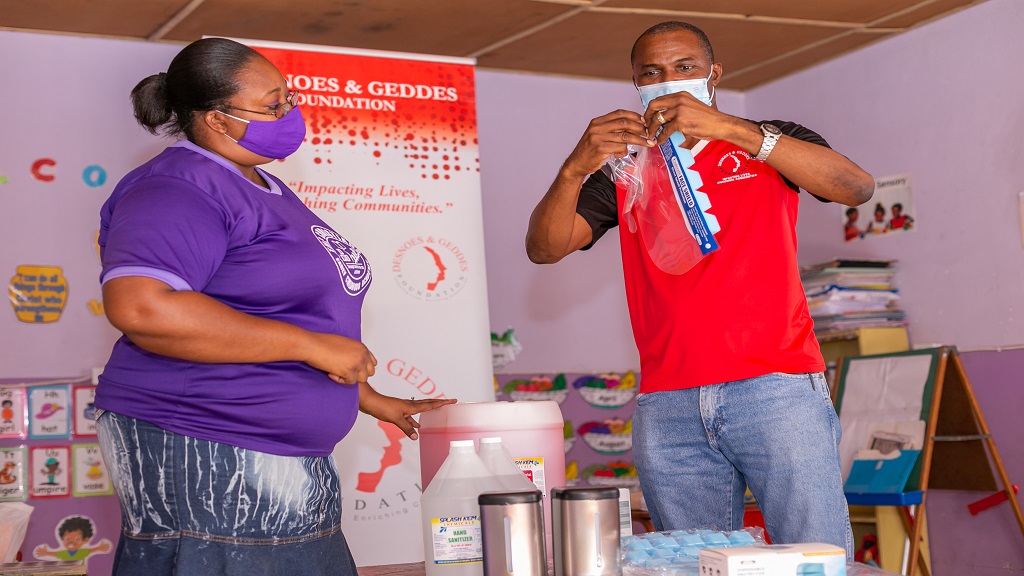 Academic institutions across the island are being forced to find new ways of serving Jamaica’s student population given the government’s health protocols and guidelines for the safe and successful reopening of schools.

Catering to younger children has inspired some early childhood educators, like those at the Christian's Early Childhood Academy, to be that much more inventive.

“Everyone is doing what they can to ensure that all children are kept safe. The government is doing its part by providing us with safety protocols, so now we have to try every little thing we can to do ours. That’s why whenever school reopens, we will be operating on a shift system to work within the ministry’s guidelines without having to close our doors to anyone,” said Sherica Christian, principal at Christian’s Academy.

She further noted that the school will be shortening the amount of time our students spend on break.

Also, on Fridays, students will be taking classes from home to minimise the amount of time they spend out in the public.

“Luckily enough for us, we started streamlining the remote learning process from March when schools were initially closed, so we’re not too worried about that aspect,” said Christian.

The school is the learning hub for over 100 young children from underserved communities in the vicinity of Spanish Town Road. Like so many other early childhood institutions affected by COVID-19, they have been put to the test to see how much they can do with what little resources they can access.

“We are still trying to figure out spacing,” mentioned Christian. “You see, because of the six feet restriction, we can only have so many students in a classroom, and we don’t have enough classrooms to spread everyone out. Yes, the shift system will help to solve for that, but having more access to space would make the process that much easier. Another issue is sustaining the sanitization protocols for the entire year; we are a small school, and sanitization costs are bigger than us. We’re waiting to see if the government will be able to help us find additional spacing, or if we’ll benefit from the early childhood sanitization grants that they’ve been rolling out.”

Recognising the challenges confronting Christian’s Academy and several other schools in the enclaves of Spanish Town Road, the Desnoes and Geddes Foundation is donating sanitization packages valued at over $200,000 to help bolster their efforts.

Each school’s package includes thermometers, face shields, masks, hand soaps, sanitizers, and dispensers—all things they would have to otherwise source themselves.

“When you commit to the principle of ‘no mind left behind’, you have to be consistent and ready to recognize needs whenever they arise. Since the virus landed on our shores, the foundation has been on the ground with these institutions, understanding what they lack and discussing ways to meet them where we can. The intensity with which these teachers are resolved to go above and beyond for their students, to think outside the box and find resourceful solutions through these unprecedented times, has served as a call to action for us as conscious citizens of Jamaica,” mentioned Dennis Beckford, member of the D&G Foundation.

Christian believes that the upcoming academic year will be rough. She also believes, however, that with everyone doing their part—from her staff, to the government to private sector organisations like the D&G Foundation—early childhood educators will be equipped to do what they do best; successfully serve students at the most vulnerable level of education.