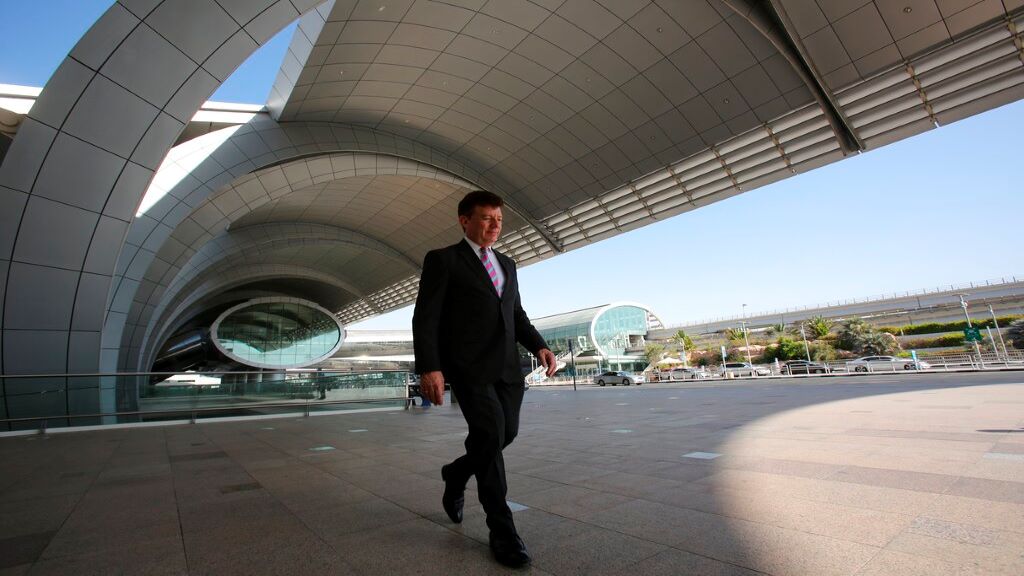 The CEO of the world's busiest airport for international travel wants to get the globe flying again, but even he acknowledges everything remains up in the air during the coronavirus pandemic.

Paul Griffiths oversees what now is a much quieter Dubai International Airport, home to the long-haul carrier Emirates and crucial to East-West travel. The millions that once poured through the airport's concourses are no longer flying as countries around the world enforce lockdowns and travel bans to fight the virus and the COVID-19 illness it causes.

Though government-owned Emirates plans to restart some flights next week, Griffiths told The Associated Press that the airport has yet to find a workable coronavirus or antibody test to administer on a massive scale to passengers. Until a vaccine or a permanent solution to the virus exists, there could be “quite a low level of activity for quite some time,” he said.

“I think the thing is there are a lot of people that are offering conjecture, whether it’s 18 months or two years or less or more," Griffiths said in an interview Wednesday. “But the problem is it’s all conjecture. The honest answer is no one really knows.”

But air travel this year has been disrupted by the virus. In the first quarter, Dubai International Airport's passenger numbers dropped by nearly a fifth to 17.8 million compared to last year. Cargo and repatriation flights have been flying, however.

In the airport, customers and staff alike wear masks and disposable gloves. Thermal heat scanners look over passengers and they have experimented with both coronavirus and antibody tests, Griffiths said. However, the airport has no immediate strategy to test all passengers, like Iceland plans to do at its airport in Reykjavík. That leaves open the possibility of an asymptomatic coronavirus carrier making it onto a flight.

“I believe we’re doing everything we can to make sure that we are maintaining the integrity of the health and security and safety of our customers and staff,” Griffiths said. "And as new methods become available, we will, of course, trial and adopt them if they’re effective and scalable.”

The virus has taken a hard toll in Dubai and the wider United Arab Emirates, a federation that includes six other sheikhdoms on the Arabian Peninsula, among them Abu Dhabi. Emirati officials said Thursday they've detected over 21,000 cases of the virus, with 208 deaths and more than 6,900 recoveries. Particularly hard-hit is the Emirates' vast population of foreign laborers.

Ramping up activity at both Emirates and Dubai International Airport is crucial for Dubai, which created itself as a vital hub for the free movement of trade, people and money worldwide — all things that have been disrupted by the pandemic. The airport-based firm Dubai Duty Free, whose vast shelves of alcohol, electronics, perfumes and playthings greet bleary-eyed travelers from the world over, had sales of just-over $2 billion last year alone.

The airport itself has been able to hold on to its 2,650 direct employees, while having to "suspend, reduce or terminate” the contracts of an additional 2,450 third-party contractors, Griffiths said. Generating revenue and reducing expenses is a priority at a time of uncertainty over how long the disruption global travel will continue, he said.

Griffiths suggested that one way forward could be digital passports with health information — a replacement for the low-tech yellow vaccination books travellers sometimes need. Given the pandemic's uneven effects worldwide, bilateral deals may need to be struck country to country, further complicating global travel but slowing the virus' spread.

But Griffiths believes the world eventually will return to the airport and that the pandemic is another disruption in a long line of major events like the 1991 Gulf War, the September 11 terror attacks and SARS outbreak.

“I feel we’re all standing on the start line of a sprint race and we’re looking at the starter and waiting for that pistol to be fired," Griffiths said. "As soon as that finger tightens around the trigger, we’ll be ready to spring into action.”

Fractures in many nations widen as virus lockdowns ease

The second virus wave: How bad will it be as lockdowns ease?