Dr Matthew O'Connor giving back big through healthcare and education 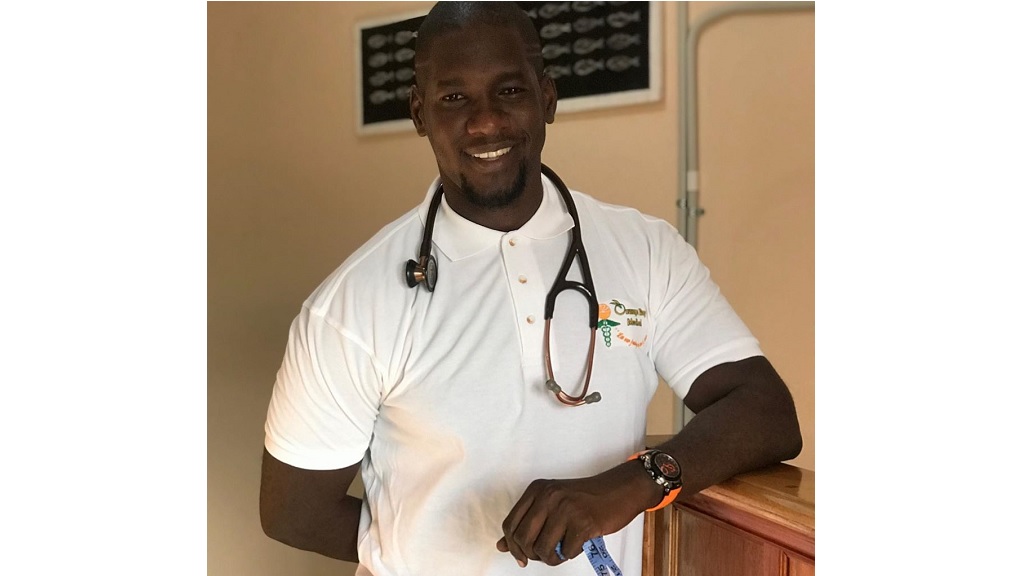 Born and raised in Lilliput, St James, Dr Matthew O'Connor said his main aim through his charitable efforts was to give back to poor people in Jamaica.

Influenced primarily by a culture of giving back during his sojourn to study medicine in Cuba, Dr Matthew O'Connor has made an unwavering commitment to improving the lives of Jamaicans through healthcare and education-based initiatives.

It is, therefore, no surprise that following seven years of studying for free in Cuba by being a recipient of the Jamaica Bilateral Scholarship and being exposed to various charitable endeavours, O'Connor, upon returning to his homeland in September 2007, formed his own charitable organization, "OnCall".

"OnCall is a voluntary, charitable non-profit organisation with aims of mobilising community development through healthcare and education-based initiatives," O'Connor told Loop News in an interview.

Born and raised in Lilliput, St James, the Cornwall College alumnus said his main aim through his charitable efforts was to give back to poor people in Jamaica.

"Poor people don't have as many opportunities as persons who can afford to, and it is because people of lower economic circumstances are not really planned for," O'Connor said, adding that "I wanted to give back to poor people when I came back home and that's why I am so passionate about what I do. I don't collect a dime."

Through OnCall, O'Connor, who is currently an accident and emergency physician at the Noel Holmes Hospital in Lucea, Hanover, focuses primarily on healthcare by staging several health fairs and discussions regarding various comorbidities.

He is assisted by other doctors, nurses and civilians who all volunteer their services to that cause.

Since 2013, O'Connor disclosed that he has done more than 100 health initiatives. 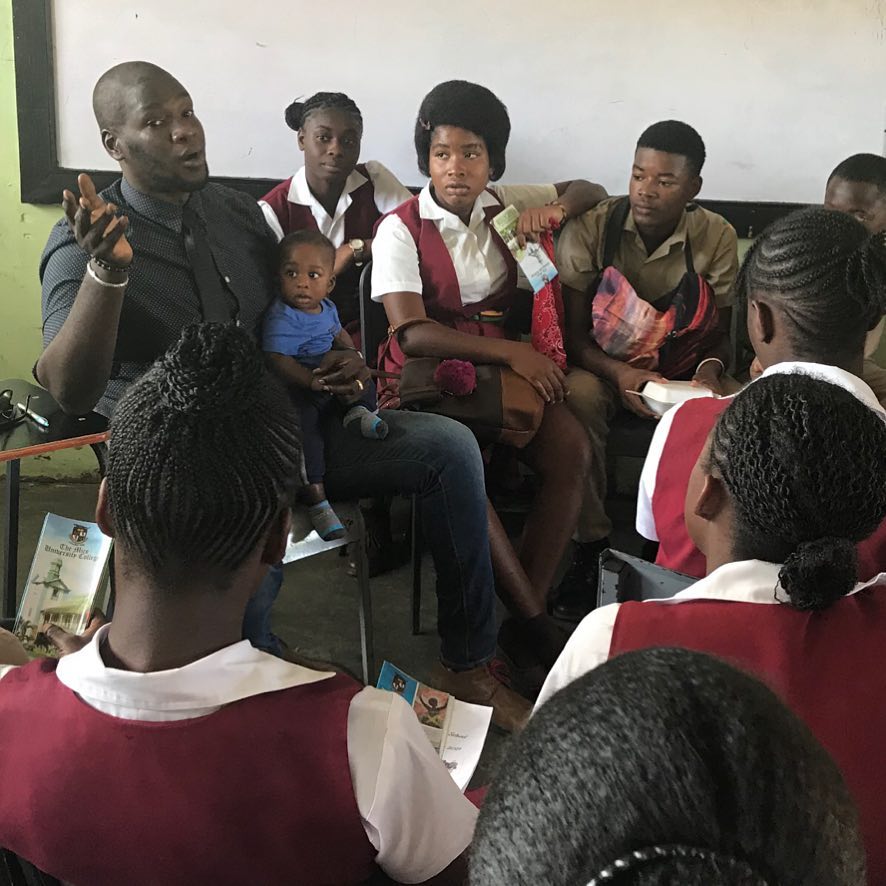 He elaborated that "I have health fairs all over Jamaica. I have gone to every parish pretty much with the exception of St Thomas and Portland. It (the health fairs) is mostly in the form of a clinic. So I set up a clinic, myself and another doctor maybe or a nurse or two nurses, and we see whoever want to come.

"So patients who want to ask a question, who want a check-up, who want to have their prescriptions filled, (and) persons who want to see a doctor for whatever reason who want to come. Then from that encounter, they would get further direction to either to continue their follow-up at the health centre or hospital," he added.

The 34-year-old medical doctor said he also targets various communities with these health initiatives, including his place of birth, Lilliput where he visits monthly.

Another aspect of his healthcare programme is the hosting of free medicals which target various schools.

"We will offer to do medicals, not just for members of that particular school, but for the community," O'Connor said, adding that due to the COVID-19 pandemic, medicals have been scaled back.

OnCall also offers donations of medical equipment, such as blood pressure machines or sugar testing machines to churches, where several of the charity organization's health fairs are staged.

O'Connor stressed that these health fairs are crucial.

"We have to do a bit more in terms of charity and giving back. Healthcare is free but not everybody can afford to necessarily get on a vehicle or spend a whole day at a hospital," he shared.

But while the health fairs are important, O'Connor said he enjoyed talking to the people in various communities regarding any aspect of health. 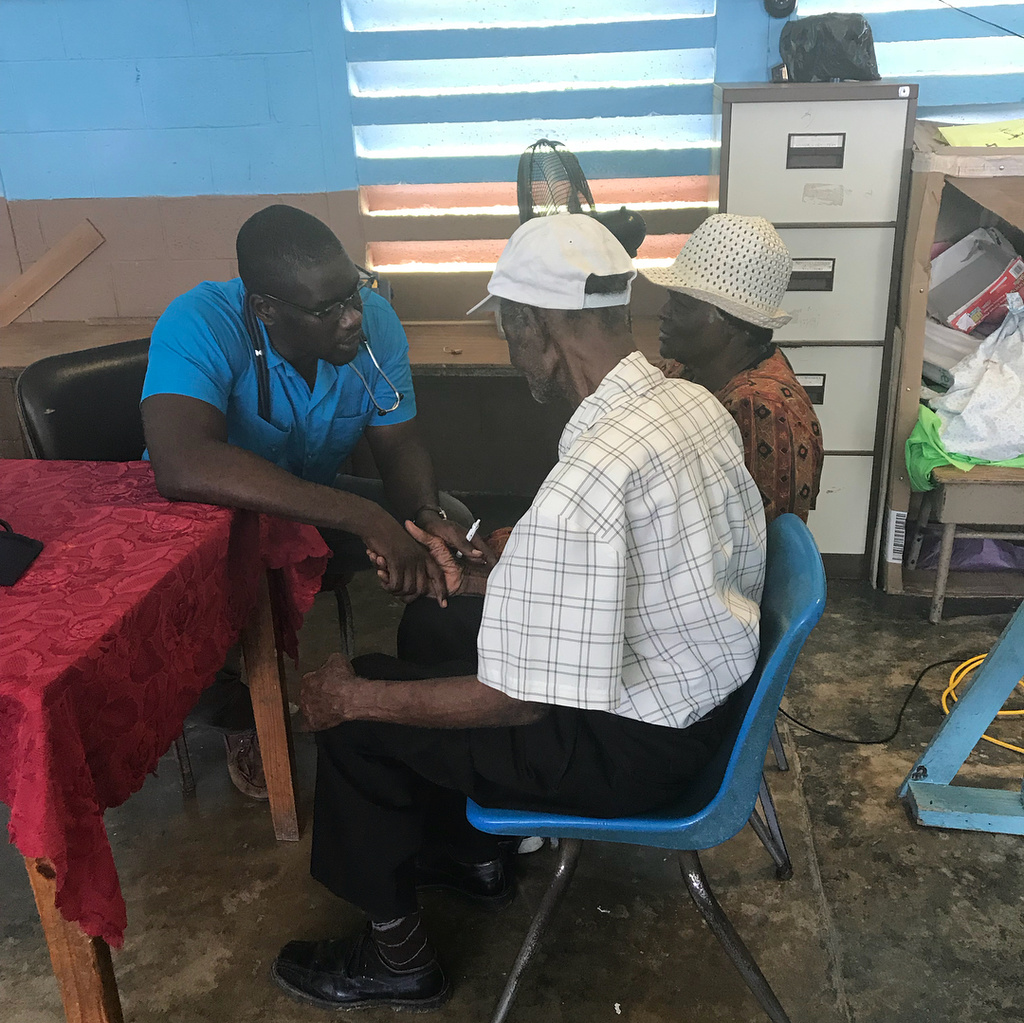 File photo of Dr O'Connor serving the elderly at a health fair in Jericho, Hanover

"So wherever I go I speak a lot to the patients and to the community members about some element of their health.
So now I am speaking about COVID-19. Many Jamaicans still don't understand what is happening where that is concerned.

"A few months ago I was talking about dengue because that was the issue in Jamaica. And of course, there are certain standard topics, and I generally tailor my topics based on the community and what's happening in the nation. So I speak about hypertension regularly and diabetes because these are the two most bothersome health threats to Jamaicans," he detailed.

O'Connor's passion spurred him into enrolling at Northern Caribbean University (NCU) to pursue a master's degree in public health with an emphasis on health education and promotion.

In relation to the education-based initiatives of OnCall, O'Connor emphasised that the organisation focuses on providing mentorship to students at 10 primary schools based in Western Jamaica.

"We are working with 10 primary schools in western Jamaica. It is the grade six students that we work with, in particular, because of the transition period to high school when guidance is most essential," he explained.

"Most children go to high school unprepared for the social rigours that come along with that transition from primary to high school education," he continued.

The flagship school, where the programme was initially started, is the Farm Primary and Junior High School in Montego Bay, St James. Other Western Jamaica schools, such as Barracks Road Primary School and Corinaldi Avenue Primary School, are under the mentorship programme.

"At the end of the year, we give the top and the top girl in their GSAT (now PEP) exams a token and a voucher towards going towards high school," O'Connor noted. 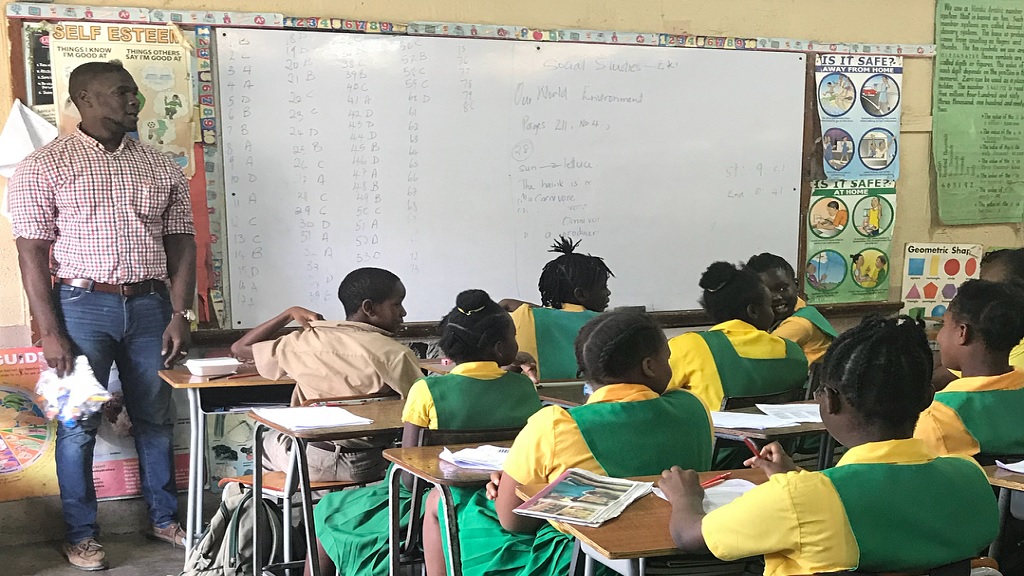 Dr O'Connor engages with students of Farm Primary and Junior High School in Montego Bay, St James, where he first started the "On Call" initiative

What guided O'Connor towards being a role model for children was that he recognized that not all children received proper guidance and direction as he received from his parents, who he described as his "biggest blessings."

"First of all my biggest blessings have been my parents. My mother and my father worked tirelessly to ensure that I had a much better life than they did. My parents are ordinary middle-class Jamaicans, and they worked assiduously so that I could do better.

"Not everyone has good parents, especially children. I serve as a role model to those children who don't have that type of direction and guidance," he underscored.

Meanwhile, the physician who now calls Hanover his home and has his own family practice, called Orange Bay Health in Orange Bay there, argued that one of the problems that young people face today is the lack of positive role models for them to look towards.

"They (young people) don't see positive people coming into their schools all the time so whenever a doctor comes to the school is really a big thing especially in the country schools," O'Connor opined.

"... and the motivation that comes from a physician or a professional individual is not the same that is coming from a dancehall song, which is where most of our children are really getting their motivation from, which is fine, but I believe that in terms of mentorship what they need are more positive (and) ordinary role models like myself from an ordinary community with an ordinary life," he contended.

O'Connor suggested too that, Jamaica as well as the rest of the world needed "more basic care and consideration for each other."

"I think, generally speaking, we (people) are very selfish. I don't know of many other doctors who do something like what I do...," he postulated.

Continuing, he said: "I think about what would happen if all of my colleagues dedicate let us say one hour a month to something charitable, just think how impressive a country we would be.

"And especially for those of us who are gifted and blessed someway and somehow more than the average individual, I think it is just paramount that we get up and do something.

Roan Walters making a difference in St Mary amid COVID-19