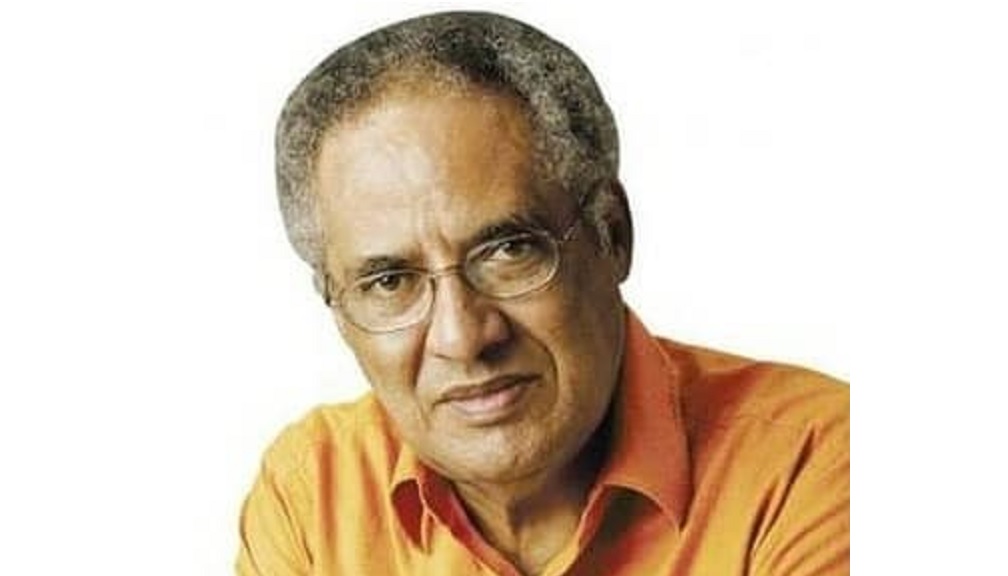 Dr DK Duncan, 80, one of Jamaica’s most polarising Jamaican political figures of the 1970s, has died from complications related to the coronavirus (COVID-19).

The firebrand politician who was as revered as he was feared during the tumultuous decade of the 1970s when he served as one of Micheal Manley’s chief lieutenants, would later have a major falling out with Manley after the People’s National Party (PNP) suffered a massive defeat at the hands of Edward Seaga and the Jamaica Labour Party (JLP) in the 1980 General Elections.

It was that same year that the controversial Duncan reportedly started a decades-long love affair with Manley’s ex, Beverly Anderson Manley, which culminated in marriage in 2012.

Duncan, who had been on the campaign trail ahead of the September 3, 2020 General Elections as he supported his two daughters’ unsuccessful bids for a second time to enter the House of Representatives, tested positive for the coronavirus in late August.  He was admitted to hospital since then, and died there on Thursday morning.

‘DK’, as he was affectionately called, was born Donald Keith Duncan in Brown’s Town, St Ann. The famed dental surgeon who studied at the prestigious McGill University in Canada, started his political career in 1966 in the middle of the post-Independence decade, and dedicated his life to the upliftment of Jamaica’s working class

Even if many, including outside influencers, did not like the way he went about it, the brash Duncan and the so-called radical left wing of the PNP were undaunted in their quest to transform Jamaica into a democratic socialist society, before those plans were derailed about 1977.

Duncan famously wore a knitted wool cap which was reportedly his way of ‘identifying with the sufferers’.

He proved himself to be an astute political organiser and strategist, and in 1974 he replaced Ken Chin-Onn as PNP General Secretary.

In 1976, Duncan won the East Central St Andrew seat on the PNP ticket. He was appointed Minister of National Mobilisation and Human Resource in 1977. He held the position of general secretary until 1981. He was Member of Parliament for East Central St Andrew from 1976 to 1983 and, after a long absence from active politics, returned to the political arena, served as MP for Eastern Hanover from 2007 to 2016.

Duncan demonstrated his toughness during the bloody general election campaign that characterised the 1980 polls. He was famously filmed on stage at a PNP rally in Spanish Town where shots rang out, following which he brandishing a firearm and appeared to support security personnel in shielding Manley as their supporters fled.

They had reportedly been told by the police not to venture into Spanish Town, which was then the domain of the equally tough and fearless JLP General Secretary, Bruce Golding. 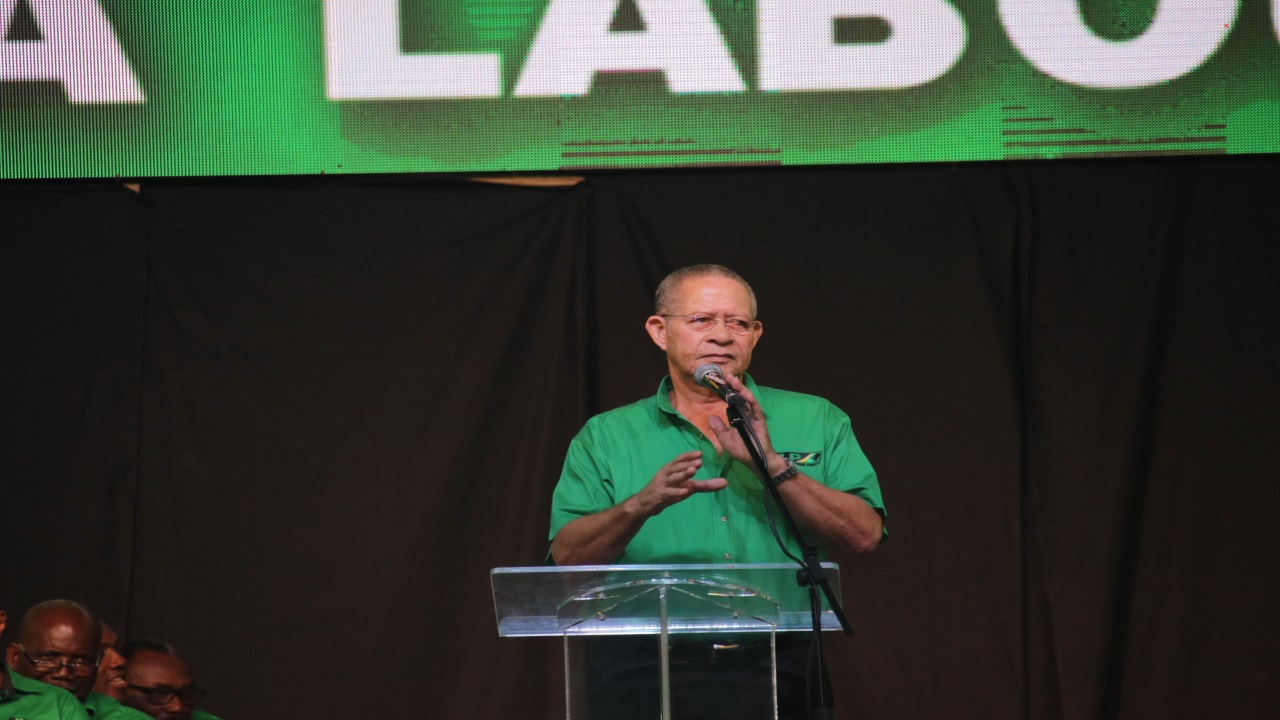 Violence had characterised the ideological warfare between the two parties during the period between 1972 and 1980, and their supporters were often victims of the deadly violence. However, neither party was willing to yield any ground even as the body count topped 800, which was for a long time a record for murders in Jamaica.

Duncan, as the Minister of Mobilisation, would have failed in his mission to transform Jamaica into a democratic socialist society, as there was fierce pushback from the JLP and the upper classes.

The moderates in the PNP eventually succeeded in steering the party in a different direction, so much so that by the time Manley won a third election in 1989, he had come to terms with Washington and was embracing a more capitalist society. One of those moderates, PJ Patterson, would later succeed Manley, and went on to serve 14 years as prime minister, the longest in Jamaica’s history.

Duncan walked away from politics in the early 1980s, but resurfaced after some 15 years. He joined the National Democratic Movement (NDM) in 1995. The party was interestingly founded by his old nemesis, Bruce Golding, as both men and many other Jamaicans had become disenchanted with the two main political parties.

That experiment was fleeting, however, as, although it received over 30,000 votes in the 1997 General Election, a record for a third party in Jamaica, the NDM failed to win a seat in the House of Representatives. The two veterans would later return to their respective traditional parties years later.

Having stayed away from active involvement with the PNP after his falling out with Manley, and remaining on the side lines during the Patterson years, Duncan returned to the political arena when Portia Simpson Miller was named Prime Minister in 2006. He re-entered the House in 2007, having won the Eastern Hanover seat 24 years after he left in 1983. He served two terms until 2016.

Duncan did not live to see any of his children follow him into representational politics, although daughter Imani did serve as a PNP senator. However, both Imani and her sister, Patricia, failed in their bids to win seats in the September 3 elections, much like they did in 2016. Patricia Duncan-Sutherland failed twice in South East Clarendon, while Imani Duncan-Price, having lost in her bid to capture the East Rural St Andrew seat in 2016, was switched to the PNP stronghold of Central Kingston in 2020, but lost to the JLP’s Donovan Williams.

DK Duncan died at a time when the party he dedicated his life to has been forced into rebuilding mode after the spanking it received in the recent general elections, winning just 14 seats to 49 for the JLP. 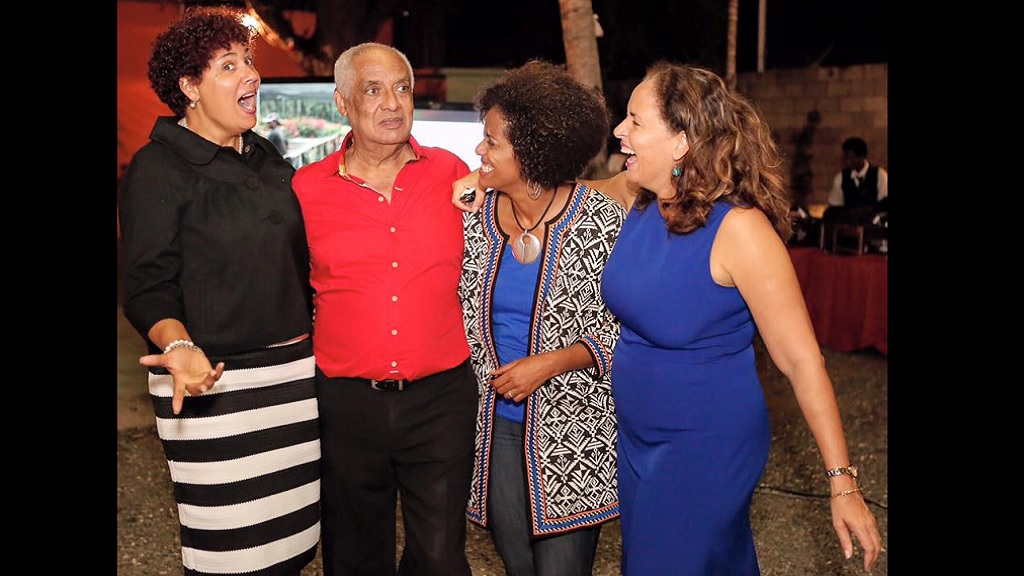 Despite failing to follow in his political path, the Duncan family has tasted tremendous success with the JMMB Group that was founded by their late mother, Joan Duncan.

Also, his son, Keith, who is named after him, is the President of the influential Private Sector Organisation of Jamaica (PSOJ).

DK’s passing surely signals the end of an era.

'He was a giant for us': DK's family issues statement on his passing