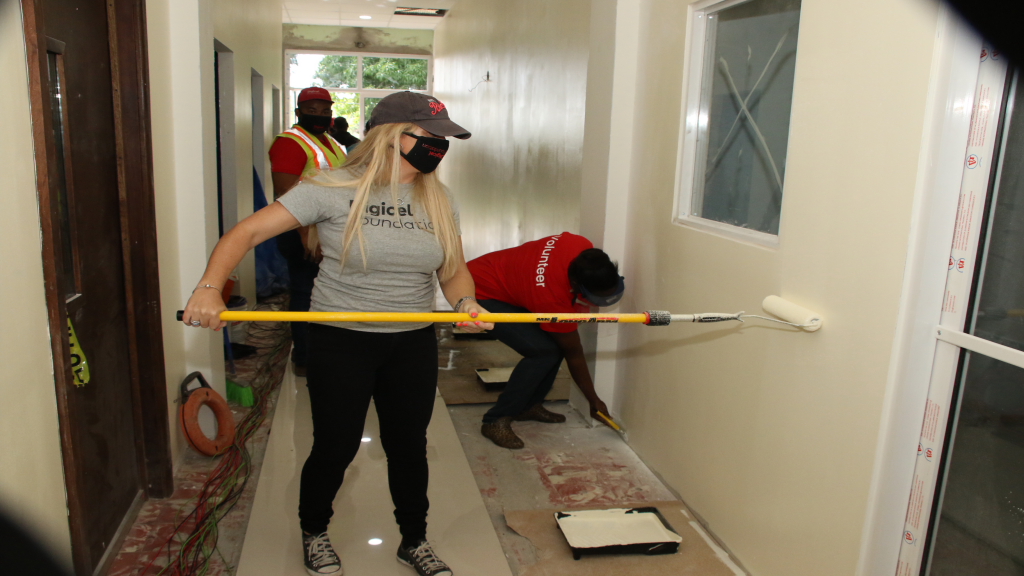 The Colm Delves Centre at the Alpha Institute's School of Music is fast becoming a reality and Digicel Foundation quickened the process on Thursday when members of staff lent a hand in painting the facility.

Named in honour of the late Digicel Group CEO, Colm Delves, the facility when opened in December will offer inner-city boys the opportunity to hone their skills in music while being formally educated in the craft.

Delves died in April after a battle with cancer and, according to Digicel Foundation CEO Charmaine Daniels, the communication leader wanted to memorialise his contribution to the success of the group with a facility that symbolised what he stood for. 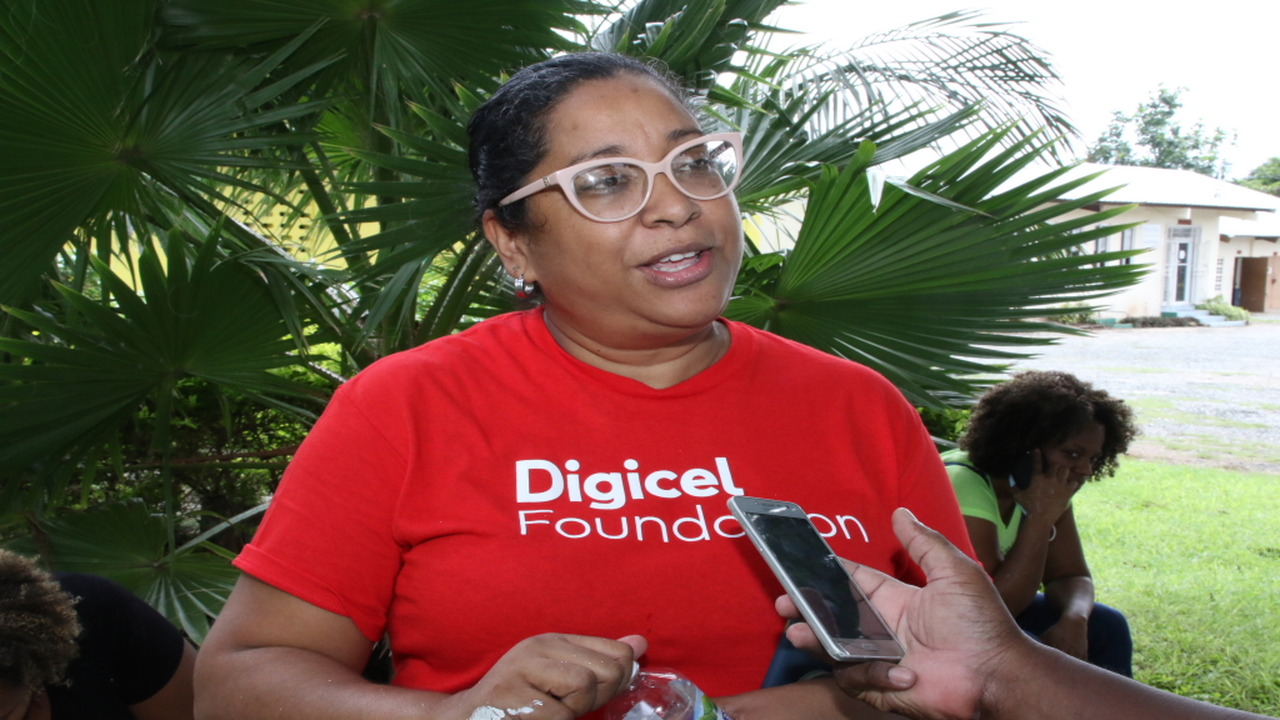 Daniels... He loved Jamaican people, he loved music above all.

“He was very integral to our culture and of course Digicel’s success, not only in Jamaica but across the group and as a result we wanted to honour his memory. He loved Jamaican people, he loved music above all and so we decided to partner with Alpha Institute to renovate their dorm into the Colm Delves Centre,” Daniels said.

On Thursday, the Digicel teams contributed to the completion of the facility, which has a rich history with many of the island’s musical stalwarts learning their skills at the institute formerly known as Alpha Boys’ Home. The institution is also credited with starting the ska genre.

According to Daniels, the partnership will also see information about Alpha Institute’s history being uploaded to Digicel’s D’Music platform, while some of Digicel’s ambassadors, which include many of the island’s music icons, will also help with the programme at the Colm Delves Centre. 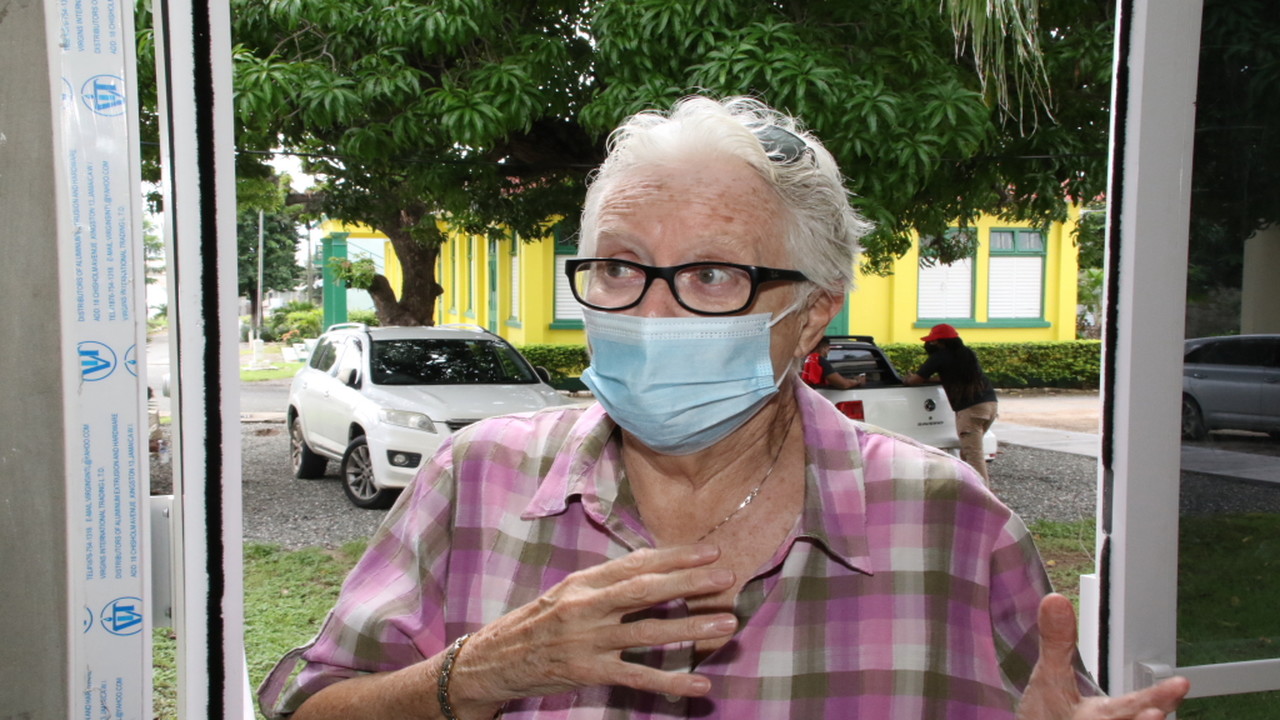 Executive director of Alpha Institute, Sister Susan Frazer says the partnership has fueled the process of helping disenfranchised youths get formal training in the music industry.

“The help given by Digicel Foundation is everything. It is making the music school a reality. Without Digicel, we wouldn’t be where we are. It would be years trying to get enough money to do everything,” Sister Frazer said.

She said that since the boarding facility at the institution was closed years ago, there has been a decline in the number of boys attending, but the hope is that with the new Colm Delves Centre, a renewed interest will be generated.

Sister Frazer said the School of Music would offer an associate degree, with a curriculum that was written by the recently deceased Sister Martha Milner, a master musician. The programme will be a five-year course.

She said that apart from learning the craft of music, the boys will also be taught the business and technological aspects of the industry as well as lifelong skills including moral stability.

Meanwhile, Alpha Institute’s music director, Clayon Samuels believes the facility will afford the less fortunate boys in the Jamaican society an opportunity to uplift themselves.

“It is a relief for students who are struggling to pay high tuition fee as they can afford to get something close to a university-level education,” Samuels said.