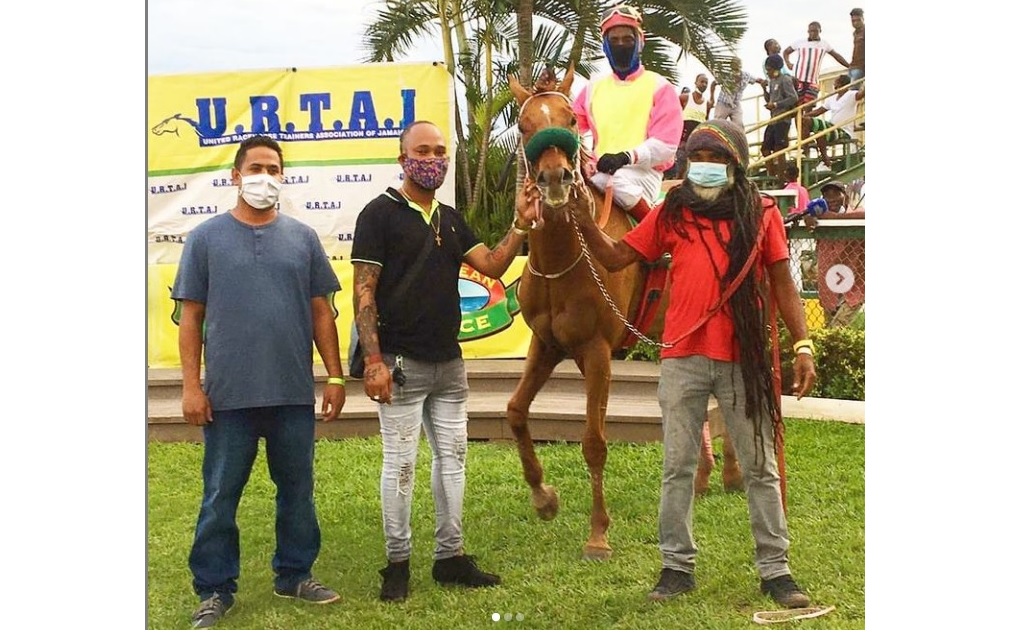 JAMAI RAJA (Devon A. Thomas) poses with connections inside the winners' enclosure after capturing the United Racehorse Trainers Association of Jamaica Trophy at long odds of 24-1 at Caymanas Park on Saturday, November 21, 2020. (PHOTO: caymanasracing).

Champion trainer Anthony Nunes on Saturday teamed up with jockey Dane Nelson, to strengthen their respective bids in the 2020 title races at Caymanas Park.

Nelson rode three winners, including two for Nunes, to reduce Anthony Thomas' lead atop the jockeys' standings to four.

Nunes, who started the 11-race programme with a $1.2 million lead over Wayne DaCosta,  extended his stakes advantage with MIRABILIS in the fourth race at a mile and two-year-old debutant, CALCULUS, at six furlongs in the ninth.

Meanwhile, JAMAI RAJA made all at long odds of 24-1 to upset rivals in the United Racehorse Trainers Association of Jamaica Trophy at seven and a half furlongs with veteran jockey Devon A Thomas.