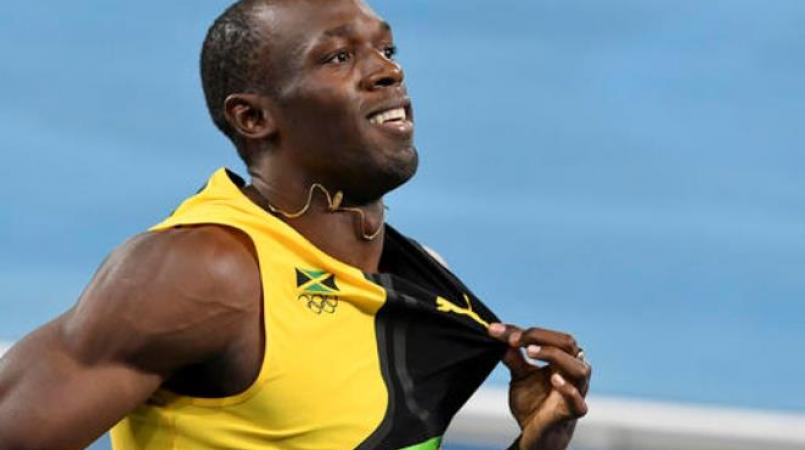 A spectacular scene unfolded inside the Olympic Stadium in London on this day - August 9, 2012 - when sprint icon Usain Bolt led a Jamaican clean sweep in the 200m finals. It was the first time three Jamaican men were claiming the top three positions in a major track and field event.

Jamaicans were beyond themselves with joy as Bolt, who later declared himself a legend and the greatest athlete alive in an interview with The Guardian, led home countrymen Yohan Blake and Warren Weir as the rest of the world stood and watched.

Bolt’s winning time of 19:32 secs matched the former world record of his idol, the American Michael Johnson from the 1996 Atlanta Games. Blake finished in 19:44 and Weir in 19:84 with the three Jamaicans featuring in what has been described as possibly the greatest 200m of all time.

After successfully defending his Olympic 100m and 200m titles, Bolt told The Guardian he had proved that he was "the greatest athlete to live".

"It's what I came here to do. I'm now a legend, I'm also the greatest athlete to live. I am in the same category as Michael Johnson," Bolt said after finishing in the same time as Johnson's former world record. Bolt said that he felt inhibited by a back injury that had troubled him all season - yet still appeared to have something to spare as he crossed the line.

Weir revealed that before the race, Bolt had come up to him and said "one, two, three" and the trio completed a lap of honour that turned into an entertaining sideshow for the 80,000 present.

"It's wonderful. Jamaica has proven that we are the greatest sprint country. I've got nothing left to prove. I've showed the world I'm the best and, right now, I just want to enjoy myself," said Bolt. "This is my moment. I'll never forget this. Lane seven has been good to me these past couple of days," he said.