COVID-19: Concerns linger as deportees set to arrive in Jamaica 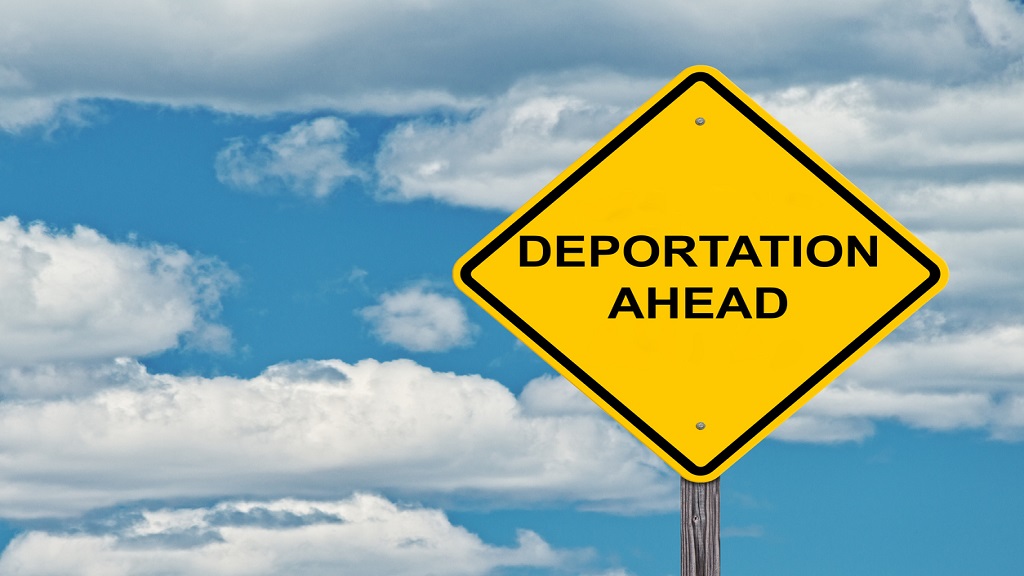 The 62 Jamaicans who are being deported from the United States are to be placed in a government quarantine facility after they arrive in the island on Tuesday.

Prime Minister Andrew Holness announced Monday that the closure of the borders will continue until May 31. However, he said there will be controlled re-entry of Jamaican nationals during the period. Foreign Affairs and Foreign Affairs Minister, Kamina Johnson Smith, who was addressing the same Jamaica House press conference as Holness, said hundreds of Jamaicans who are crew members aboard cruise ships are waiting to return home. But, she said it was a difficult process as the world continues to battle the coronavirus pandemic.

The parliamentary Opposition had urged the government to pressure the Donald Trump administration to hold off on the deportations in order not to overwhelm the local health system which is now dealing with a spike in COVID-19 cases. As of Monday, the number of confirmed cases of the coronavirus had jumped to 223 with six deaths.

Concerns about the deportations were also raised when the Guatemalan government disclosed that many of the persons who were sent back to that country had tested positive for the coronavirus.

Just two days ago, the New York Times reported that in the scramble to contain the spread of COVID-19 in the United States, the Trump administration has been pushing forward with its aggressive immigration enforcement agenda, deporting thousands of people to their home countries, including some who are sick with the virus.

The report said that even with restrictions on flights into the United States to prevent transfer of the coronavirus, a significant number of deportations are still being conducted. It said that in March, the US Immigration and Customs Enforcement (ICE), completed 17,965 removals, according to agency records. Total deportations have declined so far in April, however, with 2,985 removals of foreign nationals from all countries. The 62 Jamaicans are set to add to the count.

Both the Jamaican government and the United States Embassy in Kingston have sought to assure that the deportees will not pose a health risk.

The Ministry of National Security has indicated that it has put measures in place to facilitate the “safe return and accommodation” of the deportees who are called Involuntary Returned Migrants (IRM).

“Upon arrival, IRMs will be quarantined for two weeks in a secure Government facility, where they will be processed by the relevant authorities. The Ministry of Health and Wellness (MOHW) recently conducted sensitisation sessions with staff at the facility; detailing potential health risks of COVID-19 and how to detect and report signs of the virus,” the ministry said in a statement last Wednesday.

It said that while under quarantine, IRMs will be screened twice daily by medical officers assigned by the MOHW. At the end of the quarantine period, IRMs who are cleared by health officials will be released to family members.

The ministry said it understands the public’s concern regarding the repatriation of fellow Jamaicans to the country during this time.

“However, we continue to be guided by our health officials and security forces to uphold best practices during the COVID-19 pandemic,” it assured.

According to the embassy, while ICE continues its removal operations during the COVID-19 pandemic, the health, safety, and well-being of detainees in ICE custody are among the US Government's highest priorities.

“It should be noted that the United States has taken, and continues to take, important steps to safeguard the health and safety of those in its custody, including during removal operations. As such, ICE does not remove aliens who are not fit for travel, including any detainee confirmed or suspected of having COVID-19,” said the embassy in a release last Wednesday.

It said that at least 12 hours before detainees depart their current location to the ICE Air Operations flight line they are screened for elevated temperatures or other symptoms.

“Moreover, a final temperature check of each detainee is conducted at the flight line prior to boarding removal flights in accordance with Centers for Disease Control and Prevention guidelines.

“Any ICE detainee who fails to pass screening by a flight medical provider and/or is suspected of having a health condition potentially contagious to other detainees, staff and/or third parties, will be denied boarding and referred to an ICE-approved facility for further screening and evaluation,” the embassy said.

It is not known whether this level of screening was in place before the Guatemalans were removed as dozens of them reportedly later tested positive for COVID-19.

62 deportees to arrive in Jamaica from the US next week