Coronavirus: It’s now ‘ladies of the day’ in New Kingston 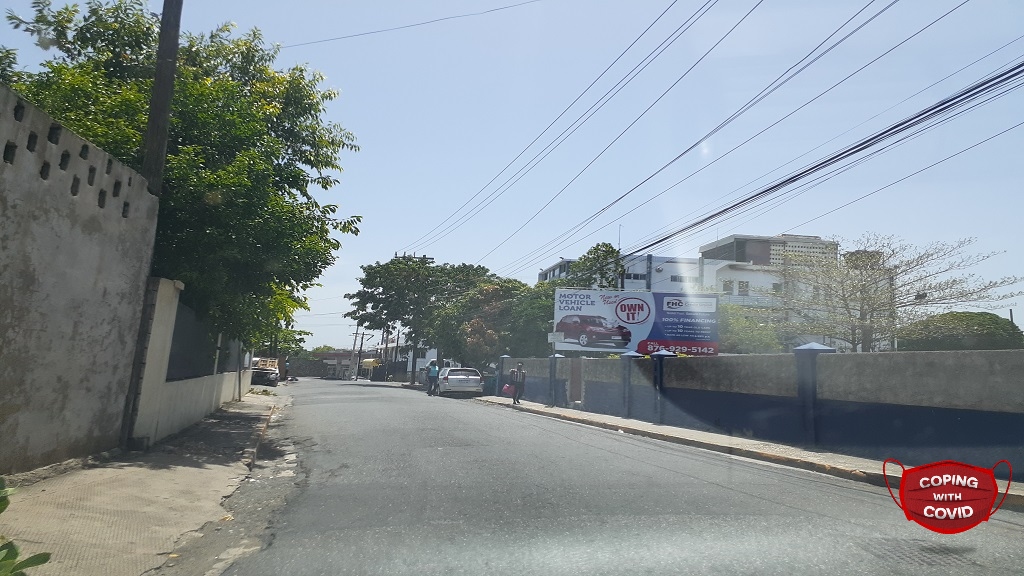 It is just after 3pm on Sunday, May 17 and Munchie* straddles a wall on Eureka Road on the outskirts of New Kingston, while Fluffy* is under one of the trees in an empty lot from which they seek customers for their business.

Another quieter and younger woman is on top of the ledge, while in the distance, more women and a few men are engaged in conversation.

Fluffy, who is from St Mary and has five children, readily admits that the dynamics of their operation has changed, as being among the proverbial ‘ladies of the night’, the coronavirus (COVID-19) and the litany of attendant Government guidelines, stipulations and curfews have combined to made daytime their new ‘opening hours’.

Munchie, who is from East Kingston, agreed.

“Like today big Sunday mi would ah deh home a mi yard and if mi feel like come out pon a Sunday, mi would a come out,” she chimed in.

Both agreed that with children to feed and other bills to take care of, tackling the afternoon heat from the sun was necessary even in the face of a drop in sales because of various complaints from clients.

According to Fluffy, before COVID-19, her operation was mainly done through phone calls, but that mode of operation has dwindled drastically, as their male clients are now fearful of catching the virus, whether directly from them or from the hotels and places where the deals are usually completed. They said some men also don’t like being “exposed” doing business during the daylight hours.

Munchie said their plight has worsened, as one of the places that they previously used as a “hotel”, was recently torn down by the authorities. But she said they have been ‘treated fairly well’ by the police, who have demonstrated some level of understanding of the crisis the sex workers are currently facing.

“They (the authorities) have to remember wi because the whole a wi have pickney. Some a wi pickney guh good school and all pass fi traditional high schools with all scholarships. Suh wi have fi find it fi wi pickney because wi nuh want them fi come pon the road like wi. Suh that’s why wi out yah a look it,” she said.

“Before the price would be two grand ($2,000) the least, but now through corona, girls weh dem couldn’t approach with 15 bills or a grand, man a get them now fi dat, cause the girls want di money,” Munchie elaborated.

Both women said that despite the need to earn, they obey the curfew guidelines and leave the streets before the stipulated time in an effort to not be locked in jail and possibly having to pay a fine, which they said they would not be able to afford.

According to both Fluffy and Munchie, some women among their profession collected the $10,000 from the Government’s COVID-19 Allocation of Resources for Employees (CARE) Programme and used the money to buy goods for resale, to earn alternative income because of the downturn in the ladies of the night industry, and have placed that normal aspect of their existence on pause.

They said some of the women did not apply because they did not have the technology to prepare the applications, did not meet the requirements in some ways, or could not furnish the required documentation.

'I feel like running away': Sex worker struggling amid COVID-19