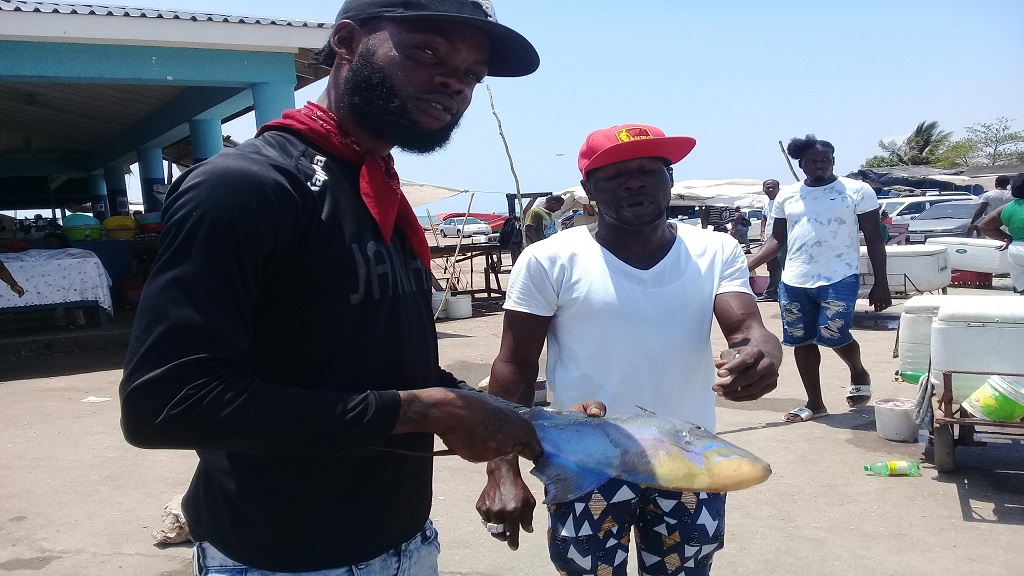 Jay, a fish vendor at the Old Harbour Bay Fishing Village, says his business has been hit hard by COVID-19.

At 11am on Wednesday, there were about two dozen people seeking to purchase fish at the Old Harbour Bay Fishing Village in St Catherine.

It was a relatively scanty crowd for the traditional Easter bumper sales season, but welcomed by fish vendor Ryan Williams in the face of the new reality amid the COVID-19 outbreak.

Williams and other vendors at the popular fishing village say sales started to fall after the first confirmed case of the novel coronavirus in Jamaica on March 10. The government-imposed restrictions since then to contain the spread of the virus locally have delivered a severe blow to their business.

According to Williams, Wednesday’s minute crowd at the venue was the most customers he has seen at the fishing village since the first case of COVID-19, although he still had to make some consolation with buyers about the price of his fish.

“This a di best time, Easter, fi bun and fish. A the best time fi any fish and corona mash up the work. The fish dem stand up,” Jay said. 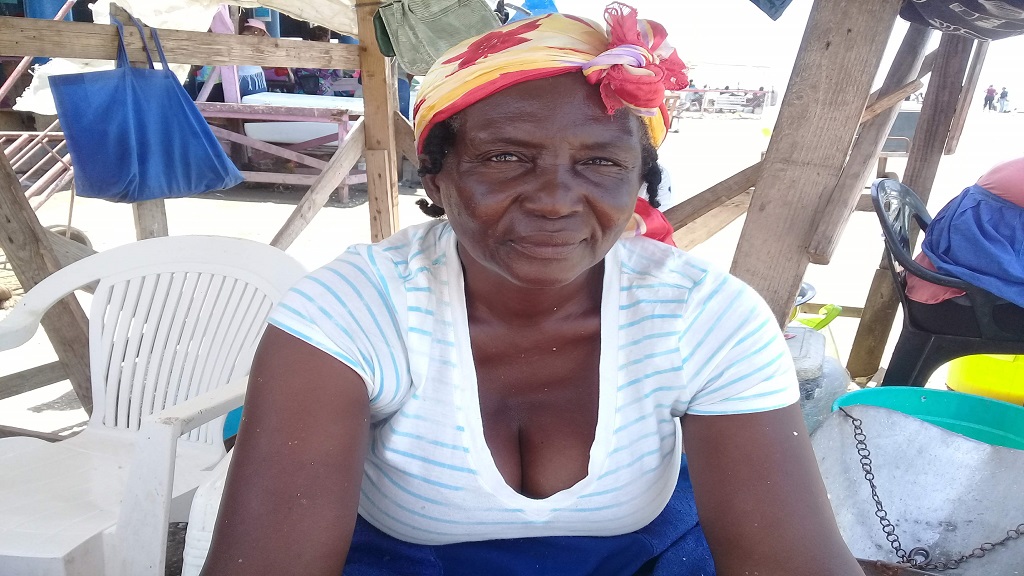 Jones... Mi all right wid weh did government a duh.

Jennifer Jones, while admitting that her business was hurting, expressed gratitude with the little that she has been able to garner, as well as what the government is doing to contain the spread of the virus.

Other vendors shared similar sentiments to Jones’ about the government restrictions. While they moaned about the reduction in sales, they were generally satisfied with the restrictions, being mindful of the consequences of COVID-19, which has claimed four lives of the 63 individuals on the island who have so far contracted the disease.

In fact, keeping with the government’s social distancing guidelines, the vendors transformed the usually bustling beach Wednesday morning into an igloo maze, with adequate spaces between each of the huge fish containers that occupied all the open areas of the facility.

“Yuh si how far mi deh out inna di sun, is because mi afraid a people. Yuh nuh know who have it. It terrible, terrible,” Williams, who had left the shade of main market structure, said.

Search on in Trelawny for missing 13-year-old girl