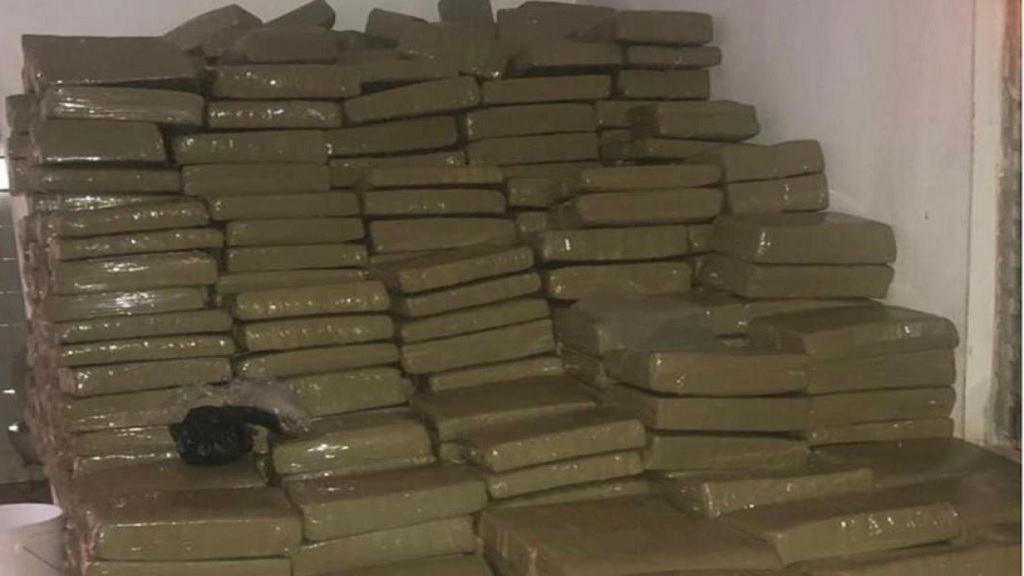 Police seized marijuana with an estimated street value of over $10 million on the Alligator Pond main road, Manchester.

The seizure was made on Thursday, no one was arrested in connection with the find.

Police revealed that with the latest seizure authorities have now confiscated close to $50 million worth of marijuana from the parish in the last month.

The seizure comes less than a month after authorities seized approximately 8,700 pounds of compressed ganja with an estimated street value of $35 million in the parish, the biggest ganja bust in Jamaica’s history.

Police say the mega bust was made during searches at two premises in Spur Tree, Manchester on Monday, May 4.

Four persons - three men and a woman - were arrested in connection with that find.

As it relates to the most recent seizure, reports are that about 2:00 pm, on June 4, the Narcotics Police and members of the Jamaica Defence Force conducted an anti-narcotics operation and 2,566 pounds of compressed ganja was found in bushes.

Police said the drugs have an estimated street value of approximately over $10 million.

The Narcotics Police are appealing to anyone with information about this seizure to contact them at 876-923- 5729, Police 119 emergency number or the nearest police station.