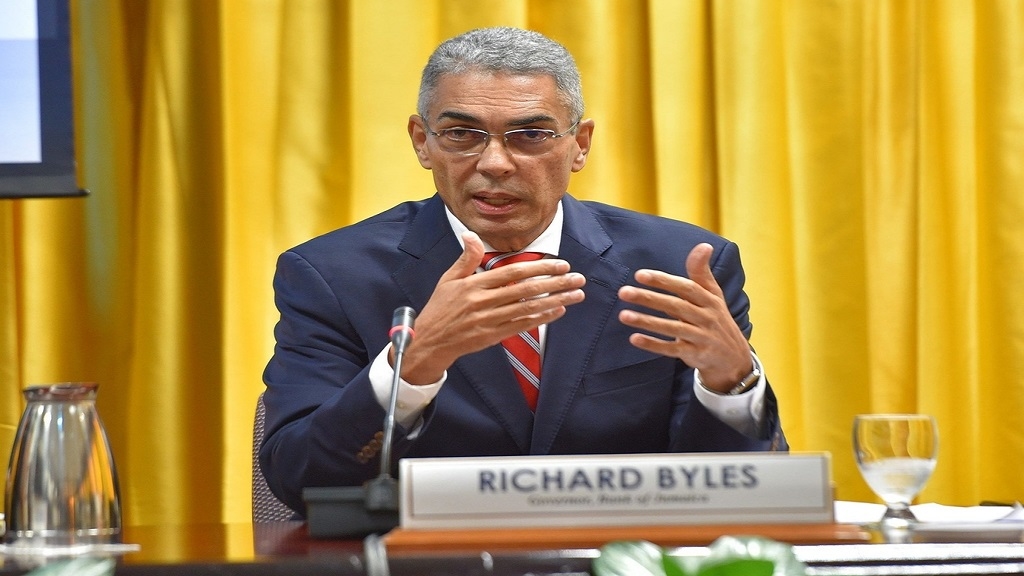 The Bank of Jamaica (BOJ) on Thursday, said there is some risk that inflation could breach the upper end of the target range in the December 2020 and March 2021 quarters, resulting in consumer price increases.

The BOJ anticipates that that consumer prices will rise between 5.5 and 6.5 per cent in December 2020; increase by one percentage point in March 2021 and back within the target range four and five per cent in June 2021.

This projection is primarily driven by the impact of adverse weather conditions on agricultural supplies and slightly higher services inflation over the forecast horizon.

BOJ Governor, Richard Byles, has nonetheless sought to assure the public that the projected impact would be temporary.

The central bank’s monetary policy objective is to achieve an inflation target of four and six per cent per annum. This low, stable and predictable inflation rate, will facilitate sustained growth and development in Jamaica, according to the central bank.

The current inflation rate for the 12 months leading up to October 2020, as released by the Statistical Institute of Jamaica on Monday is five per cent.

During the past 36 months, leading up to October 2020, inflation surpassed the upper limited of the target on two occasions. The rate fell below the four per cent lower bound target on 13 occasions.

The bank, however, noted that it has seen a success rate of 94 per cent in keeping inflation below six per cent.

“We highlight this inflation record to reassure businesses and individuals that any expected agricultural prices increase will not continue indefinitely and any breach of the inflation target will only be temporary, Byles told the BOJ’s Quarterly Monetary Policy Report Press Conference.

Notwithstanding accommodative monetary and fiscal policies and acceleration in external demand conditions, weak demand conditions, induced by the impact of the COVID-19 pandemic, will continue to keep core inflation relatively low.

As is relates to GDP growth, Governor Byles said, “we expect that the worst is behind us with the June quarter contraction”.

The economy contracted significantly by 18.4 per cent for the June quarter.

“This is a sobering indication of how deeply the domestic economy has been impacted by the COVID-19 virus,” Byles said.

Nonetheless, the BOJ’s latest projection for FY2020/21 is for real economic activity to contract in the range of 10 and 12 per cent.

Furthermore, the bank projects a partial rebound of about three per cent growth will commence in FY2021/22 and could be as high as eight per cent, if there is a strong recovery in tourism.

However, the Jamaican economy is not expected to return to pre-COVID-19 levels before FY2022/23.

As it relates to the country’s external accounts, the BOJ expects that the current account deficit of the balance of payments will remain at sustainable levels of two to four per cent of GDP over the next two years.

“This is better than previously expected, supported by stronger than expected remittance inflows, a dramatic fall in imports as well as lower levels of private capital outflows,” Byles said.

To this end, Jamaica’s reserves remain healthy, with net international reserves at the end of October amounting to approximately US$2.9 billion, the BOJ governor said.

Consumer Price Index up 0.2 per cent for September