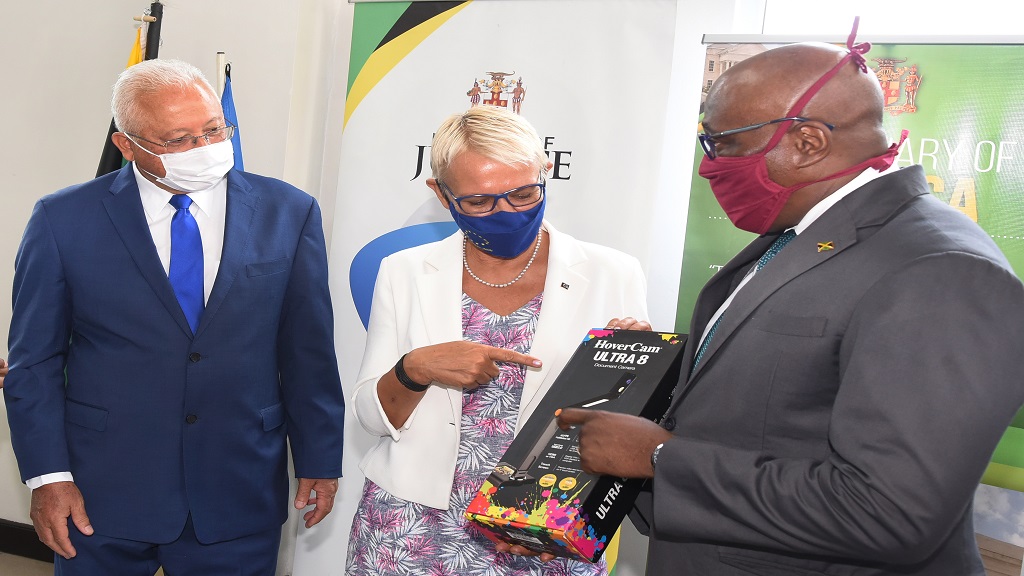 Chief Justice Bryan Sykes is encouraging defence attorneys to make greater use of bench trials, which is a trial by a judge alone, as opposed to a trial by jury.

Under the Criminal Justice (Administration) Act, as amended by the Jury (Amendment) Act 2015, Section 11A, sub-section (1) prescribes that the prosecution and the defence must agree in writing for the offence to be tried by a judge only.

While noting that the law makes provision for the use of bench trials for most cases, Sykes said a number of defence attorneys have been unwilling to use this provision in the Act.

But in light of the COVID-19 restrictions, jury trials have been suspended in Jamaica, as juror boxes do not allow for social distancing.

“The only trial that still needs a jury is a murder trial where the death penalty is in issue. That is a small percentage of the cases now. Ninety-nine per cent of the cases that would (previously) involve (require) a jury can (now) be tried by a judge sitting without a jury. The dates are available, but the lawyers are reluctant,” said Sykes.

He was speaking at the official handover ceremony of audio-visual equipment to the justice sector at the St Catherine Parish Court on Friday, June 26. The equipment, consisting of desktop computers, microphones, amplifiers, mixers, television cameras and Blu-ray players, have been installed in 78 rooms spanning 19 courthouses island-wide.

The chief justice said the reluctance of defence attorneys to use bench trial could have a negative effect on the lives of their clients.

“I must use this opportunity to make an appeal to members of the private bar, because unless they rethink some of the ideas they have, they are going to be actively involved in violating the constitutional rights of their clients, which is the right of a fair trial within a reasonable time,” said Sykes.

He is also urging defendants to ask their attorneys for information about bench trial to quickly resolve their matters before the courts so they can get on with their lives.

“If you are being told that your trial will not be until 2022 because there is no jury, you need to say to your lawyer, ‘But I hear the chief justice saying that I can get a trial without a jury. How does

that work?’ The lawyer will explain it to you how it works,” elaborated Sykes.

He continued: “When you are charged with a criminal offence, there are so many things that happen to you even if you’re on bail. Travel is restricted because you have reporting conditions, you have difficulties with your employment obligation because you may have to be travelling (to) where you have to report to, and your employer may not be too pleased with the fact that you have been charged with a criminal offence, and so you need to get this matter resolved (quickly) one way or the other.”