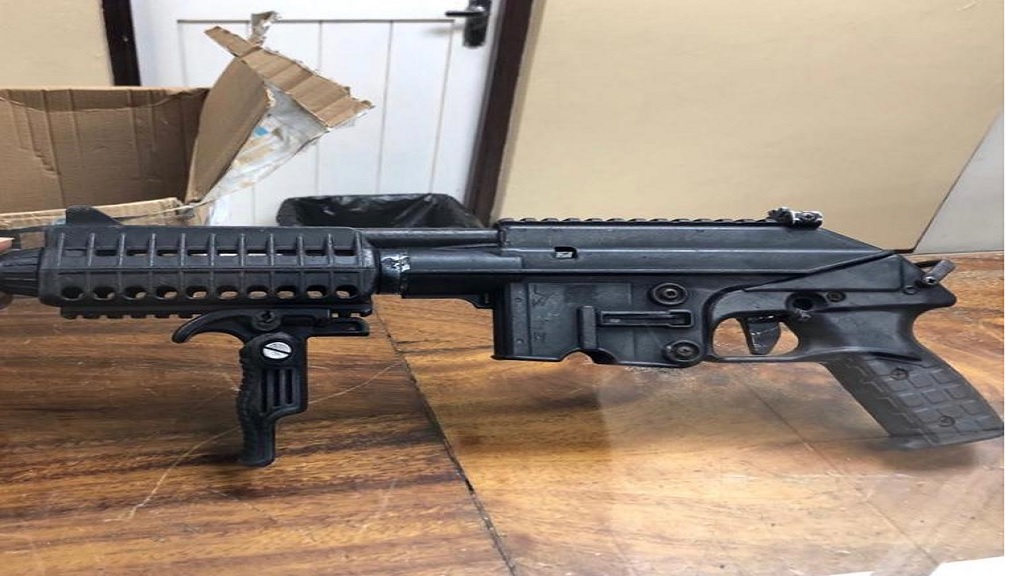 Warren John Williams has pleaded guilty to possession of the M16 submachine gun that the police took from him while he was exiting bushes in Windsor Heights, Central Village, St Catherine recently.

Williams, who police said is allegedly associated with the Night Shade Gang in Central Village, faced High Court Judge Dale Palmer in the Gun Court in Kingston on Friday

The 27-year-old William is an ex-convict who previously served three years for possession of a handgun in 2013.

Police said the gang’s nefarious activities span three decades, and the leader has been on the run for 10 years.

In the recent incident, reports were that about 2:40 pm on October 6, law enforcers were on patrol in Windsor Heights, when Williams was seen coming from bushes onto a roadway.

The patrol team accosted him and he dropped an object to the ground which, when retrieved, was found to be an unusual M16 submachine rifle with a magazine loaded with nine 5.56 rounds of ammunition.

He was arrested and then charged later that day.

Interestingly, only recently, another unusual firearm was bagged cops in Central Village.

Early in November, the police seized an AK-47 pistol after reportedly engaging gunmen from Big Lane, Central Village, St Catherine in a gunfight.

The gunbattle ended with the death of Tevin Jones, one of the alleged gunmen, as well as the unusual AK-47 pistol find.

The gun uses 7.62 calibre bullets, which are usually associated with the powerful Kalashnikov rifle and are capable of penetrating all Kevlar ballistic vests and most other law enforcement steel protective vests.

According to Loop News sources, the gun in the pistol form can be far more deadly, as it is easier for the user to conceal it.

A police source expressed the belief that the find highlights the danger that law enforcement personnel face in Jamaica, where three police officers were shot and killed in June of this year when M16 bullets penetrated their ballistic vests.

From that incident, 32-year-old Detective Corporal Dane Biggs and 26-year-old Constable Decardo Hylton died on the morning of June 12 at Horizon Park in St Catherine after being attacked as they carried out an investigation.

Two other police officers were shot in the incident, including Superintendent of Police, Leon Clunis, who passed away two weeks later.

Damion Hamilton, a deportee from Canada, who the police said carried out the deadly attack, was killed by members of the security forces on the afternoon of June 12 in Cooreville Gardens, St Andrew.