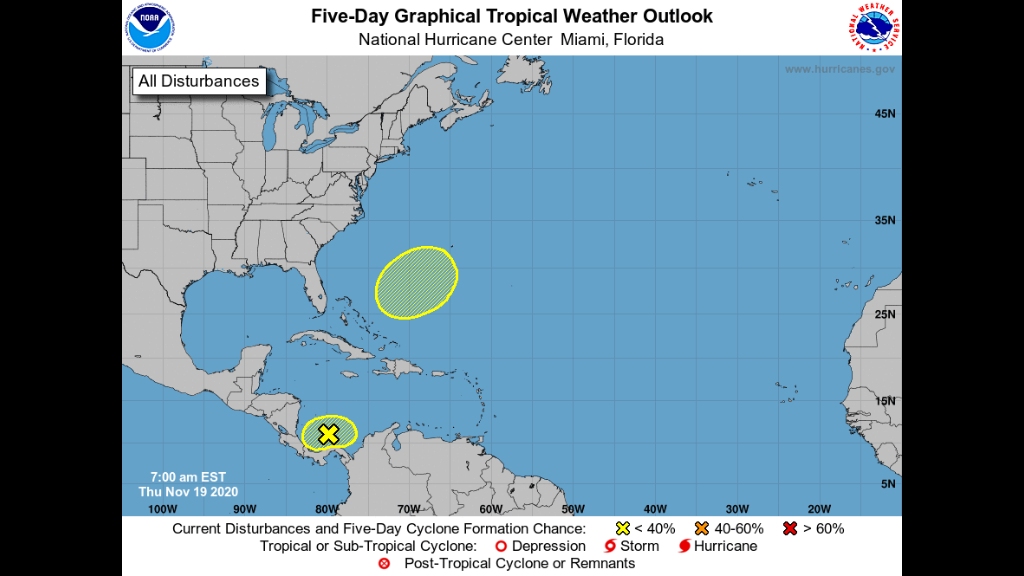 A broad area of low pressure located just off the northern coast of Panama now has a low (10 percent) chance of development during the next five days, according to the US National Hurricane Centre (NHC).

NHC has forecast that development of this system will be slow while it drifts westward across the south-western Caribbean Sea during the next several days.

It has a near-zero chance of formation during the next 48 hours.

“Regardless of tropical cyclone formation, areas of heavy rain are possible during the next several days across portions of Central America from Nicaragua southward to Colombia, potentially causing additional flooding in previously inundated areas,” NHC stated

Meanwhile, a non-tropical area of low pressure could form between the Bahamas and Bermuda by early next week.

NHC forecast that the system could gradually develop subtropical characteristics through the middle of next week while it moves northeastward over the western Atlantic.

Dominica PM: We overcame a hurricane, we will overcome COVID-19