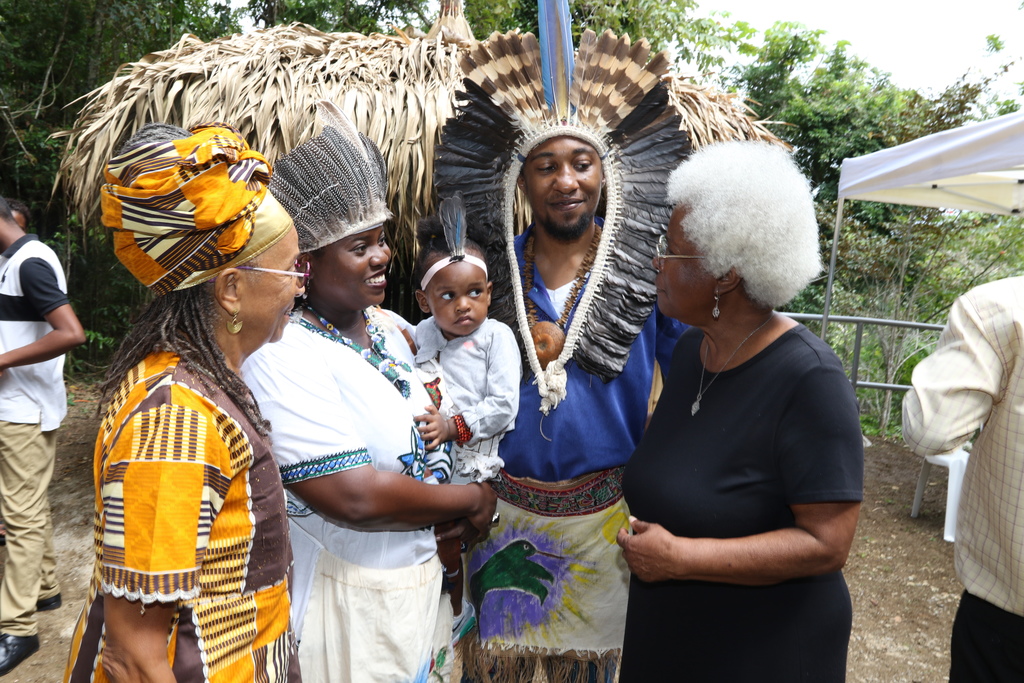 The community of Woodside, St Mary, which last year emerged winner of the Caribbean Cement Company’s 'Build Your Community' Competition, has received its prize.

The garden was conceptualised more than 15 years ago, but was realized only after the community won the opportunity to receive a project valued at $5 million.

Acting on the specifications of the community’s proposal, contractors commissioned by Carib Cement transformed an area which was mostly a roughly cleared space surrounded by bushes and which was accessible only by careful, gingerly descent down a slope.

The work crew, including tradesmen and labourers from the community, installed: concrete benches, a symbolic replica of a Taino hut, railings, concrete steps, concrete pathways, protective barriers, signage and a wall of honour on which names of enslaved persons who worked on the former coffee plantation in the area will be mounted.

Carib Cement also renovated restrooms, provided a water tank and paved a section of the road entering the community.

This and other improvements to the area make the space easily accessible and welcoming for either hosting events or for quiet individual reflection.

“Strong, cohesive communities help to build a greater Jamaica and  one of the aims of the Carib Cement Build Your Community competition was to reward a community which is able to work together to win and thereafter, successfully maintain the infrastructure. Woodside is a model community and we are pleased to have played a role in its history and development by bringing to life their dream of an Ancestral Garden,” said Klao Bell-Lewis, Manager Communication and Community Outreach at Carib Cement.

Situated within Central and Western St Mary, Woodside is a farming community located close to Highgate and Guys Hill.

Dr Erna Brodber believes that the ancestral garden will be a valuable space which will reignite community tourism in the area.

But more importantly, she hopes that Jamaicans will value and respect the Gardens as a sacred space and rekindle respect for sacred spaces across the country.