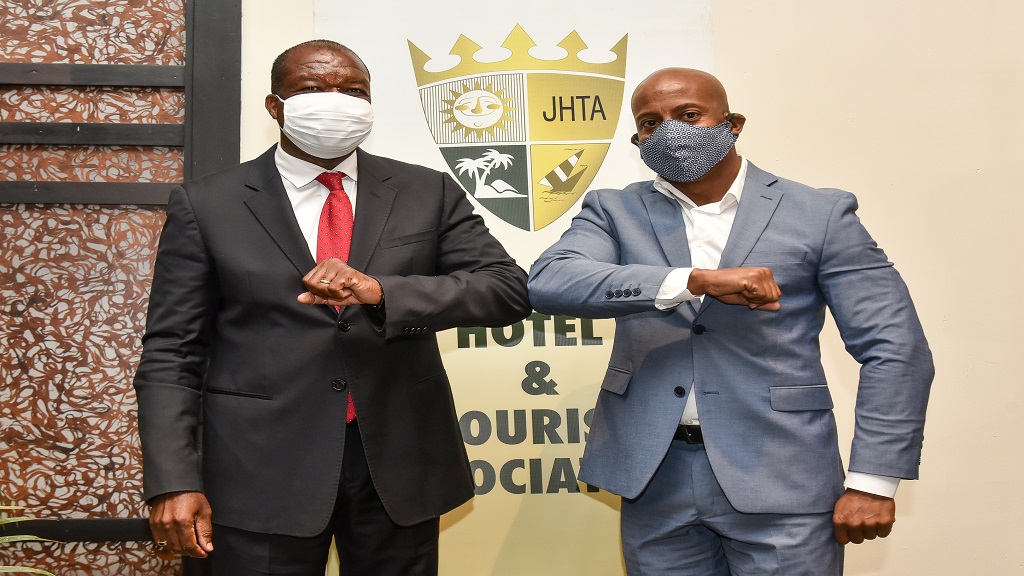 Omar Robinson (right) Immediate Past President of the Jamaica Hotel & Tourist Association (JHTA) congratulates new President, Clifton Reader who was elected at the 59th Annual General Meeting of the JHTA at the Jamaica Pegasus Hotel on September 19.

Immediate past president of the Jamaica Hotel and Tourist Association (JHTA) Omar Robinson says the burn rate of cash by hotels  has underscored the need for working capital to support the sector.

Though some local hotels have reopened, the 10 to 30 per cent occupancy rate being experienced cannot be interpreted as a return of their businesses to profitability, Robinson said.

Speaking at the 59th annual general meeting of the JHTA on September 19, Robinson said the association is “very grateful to the government for the reopening of the country since June 15, 2020, but the burn rate of cash by the hotels underscores their appeal for urgent help for working capital to support the sector.”

“Let me be clear, it is not that we are discounting the challenges being faced by other sectors of the economy, however, it should be pointed out that tourism, unlike manufacturing, is an intangible product.”

He further said: “Tourism cannot store its inventory on the shelves to sell at a later date and revenues lost today cannot be recouped tomorrow.  What’s more, no other sector experienced a complete and total shutdown of its productive capacity over the past several months.” 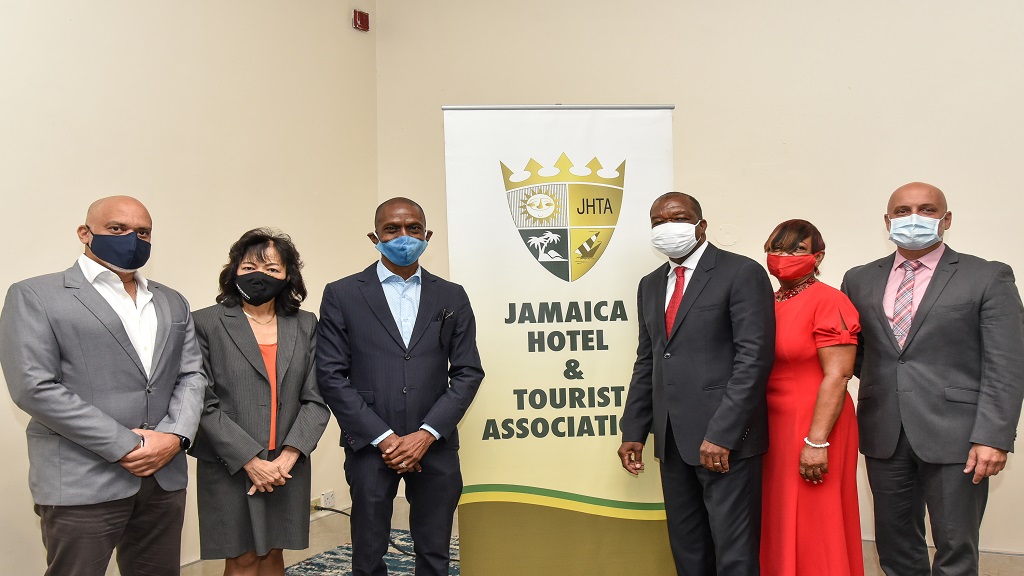 Noting that the JHTA recognises its central role in the rebound of the Jamaican economy, Robinson said, “The financial blow taken by the tourism industry and those sectors that supply goods and services to the industry has been of significant magnitude.”

He said that while the debate continues as to the value of the tourism industry in Jamaica, “what is indisputable is that this sector generates over 50 per cent of the country’s total foreign exchange earnings and provides approximately one -fourth (¼) of all jobs in Jamaica.”

“Tourism is the anchor for many other sectors”, Robinson asserted, quoting from the recent World Travel & Tourism Council (WTTC) report, which said that Jamaica retains 41 cents of every US dollar spent and “strong backward and forward linkages with other sectors of the economy and their dependence on tourism.”

Robinson, therefore, declared, “A great deal is riding on a speedy recovery of tourism which will benefit other industries and Jamaica at large.”

In this regard he said the JHTA is working with the government of Jamaica, financial institutions and labour unions to rationalise a number of issues germaine to their recovery from the effects of COVID-19.

The AGM also saw the election of Clifton Reader, Managing Director of Moon Palace Jamaica as new president of the JHTA. Reader replaced Robinson, who served as JHTA president for four years